Cycling in for Bike to Work Day

Twitter HQ celebrated San Francisco’s Bike to Work Day today as 121 Twitter employees rode their bikes to our office this morning, participating in the 20th anniversary of the city-wide event.

Bike to Work Day is an opportunity to encourage new riders as well as the current cycling community to enjoy all the benefits of cycling over driving. Of course, biking to work is part of our everyday culture here, and we’re not alone.

Today 190 people from the building biked to work, 30% more than usual. We provide a secure bike cage in the building’s garage, regular tune-up and service offerings for cyclists, and group activities organized by staff members. Employees signed up in advance to coordinate group ride-ins, and people cycled from eight different Bay Area locations, from the Panhandle to the Mission to Jack London Square in Oakland. 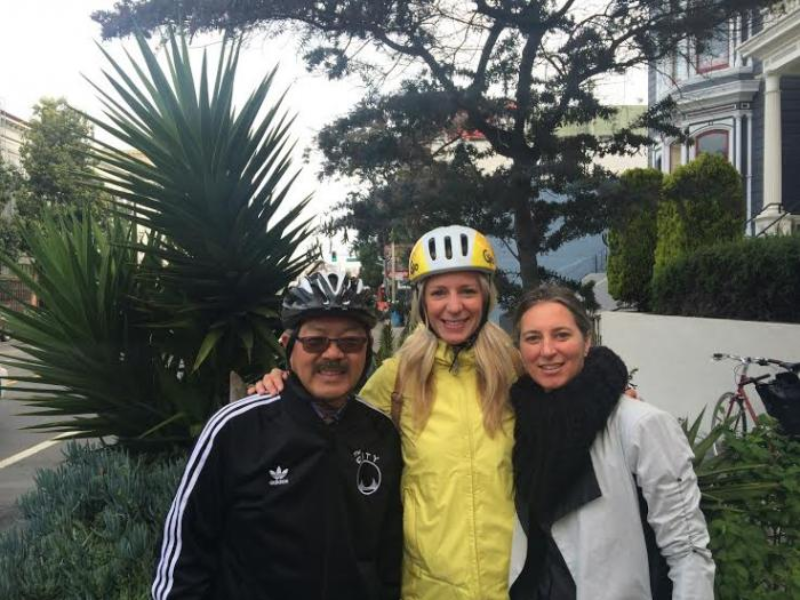 Naturally, being Twitter employees, it wouldn’t be an event without tweeting:

We used the general #BTWD hashtag in addition to the Twitter-specific #bike1355 one (1355 is our street address).

Some riders captured their rides in Vine videos. One even filmed it while riding (kids, don’t try this at home):

During lunchtime, we held a Cyclists Mixer, wherein bike commuters were encouraged to eat together and share experiences about their rides. Two employees who are ambassadors for the SF Bicycle Coalition (@sfbike) staffed a table out for people to join or renew their memberships.

On Tuesday our neighbors from Huckleberry Bicycles (@huckbikes) held a workshop on flat tire repair, and on Wednesday Beeline Bikes (@BeelineBikes) performed tune ups at the bike cage — part of a monthly tune up and service program that Beeline Bikes provides for employees. 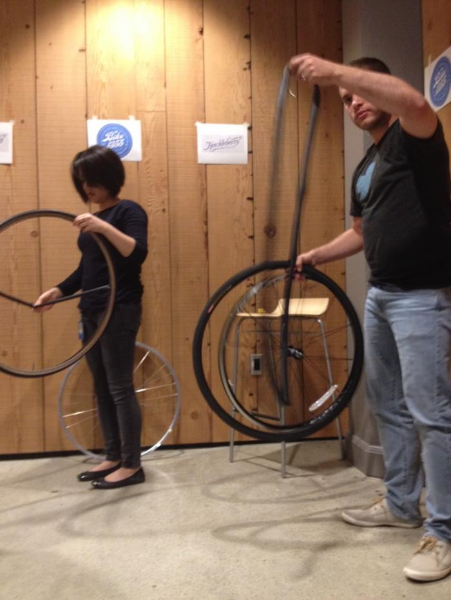 “The excitement of working at Twitter makes a long commute worthwhile, so I’m trying to make the commute work for me by incorporating a ride a few times a week,” said Tony Wang, VP Global Revenue Partnerships and Development, who bikes for 30 minutes daily. “The early morning fresh air takes the edge off the commute — and its often the only exercise I can get all week.”