Giving #thanks in 140 characters

Thanksgiving is coming right up, which means Twitter timelines around the U.S. will soon fill with messages of gratitude. While there’s never a shortage of thankful Tweets on Thanksgiving itself, we looked back at our data to see how people express giving thanks on Twitter throughout the year.

Specifically, we measured the terms people most frequently Tweet with the phrase “I’m thankful for…,” since January 1 this year. Here’s what we found: 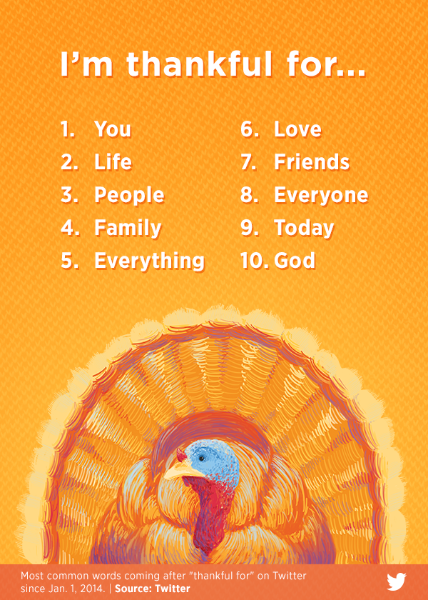 This Thanksgiving, we encourage you to give #thanks in 140 characters or fewer. Here are some ways people have done so in the past year: