The city of Jakarta, Indonesia suffers from widespread annual flooding during the monsoon season. According to BPBD DKI Jakarta, the emergency management agency of Jakarta, more than one million people in the city were affected by the Great Flood in January 2013. As weather patterns become more unpredictable, flooding is a serious problem for 28 million people living in the Greater Jakarta area, the second largest metro in the world. By leveraging Twitter’s real-time information network, PetaJakarta.org (@petajkt) uses social data to help improve the lives of millions of people.

When the public infrastructure fails during floods, Jakarta residents experience cascading negative effects. If a single river lock fails, for example, it can wipe out one of the city’s major thoroughfares and simultaneously knock a major transportation hub offline. City life can grind to a halt in a matter of hours after the first drops of rain fall. These cascading effects means real-time communications about what is happening is direly needed by the citizens and government of Jakarta.

The SMART Infrastructure Facility from the University of Wollongong and BPBD DKI Jakarta have launched PetaJakarta.org, a research project that leverages community participation to report flood-related Tweets and provide live updates for faster response times during flooding emergencies. This program is a first-in-the-world collaboration between a disaster management agency, a university and Twitter to use social data to both build a working model and provide real-time response to a natural disaster.

Millions of Twitter users in Jakarta can participate in this public safety initiative in three easy steps on their mobile device:

These flood-related Tweets will then be mapped on the PetaJakarta.org platform for citizens to monitor the live situation and stay safer, while the same Tweets will provide a real-time disaster response tool in BPBD Jakarta’s incident control room. 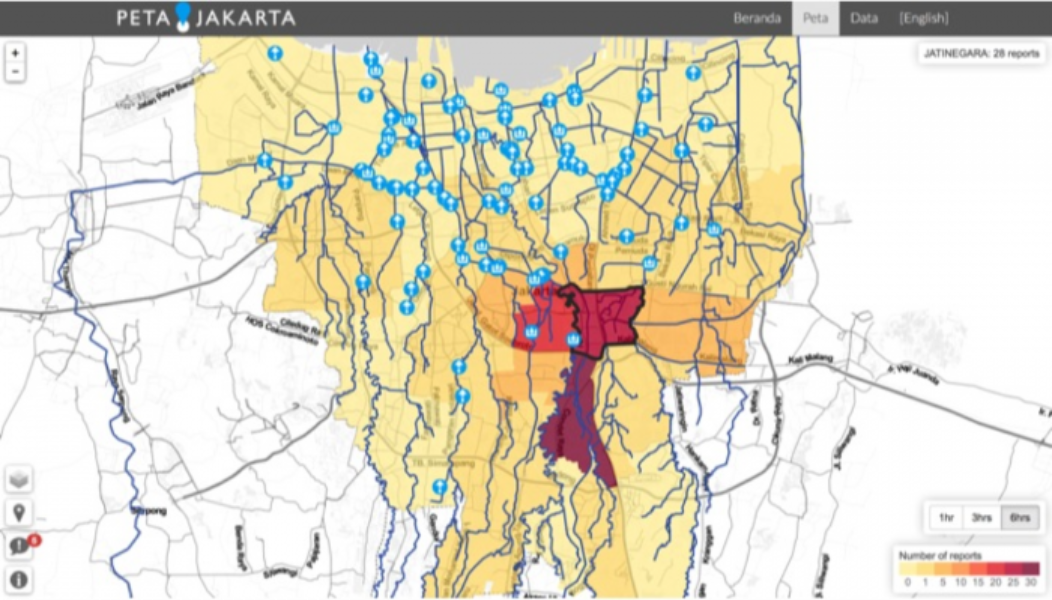 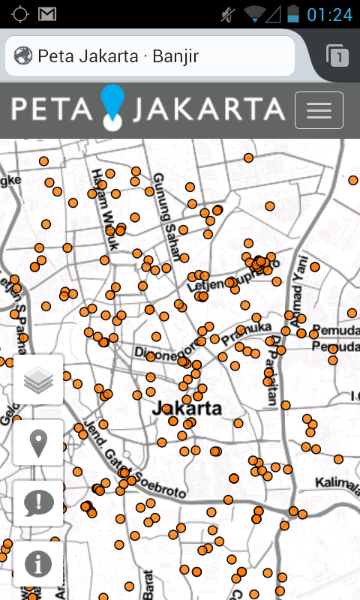 PetaJakarta map showing the location of flood-related Tweets in each district. Courtesy of PetaJakarta.org.

The PetaJakarta platform is part of the inaugural batch of our Data Grants program, which we launched earlier this year to connect researchers with Twitter data as a source for real-world applications in academic research and discovery. Jakarta is an ideal testbed since it has one of the highest concentrations of Twitter users in the world to create a high quality real-time signal for BPBD’s disaster management systems. By analyzing more than 8 million flood-related Tweets in Jakarta over the past two monsoon seasons, the UOW/SMART team was able to build a model for faster response times in real-world situations. 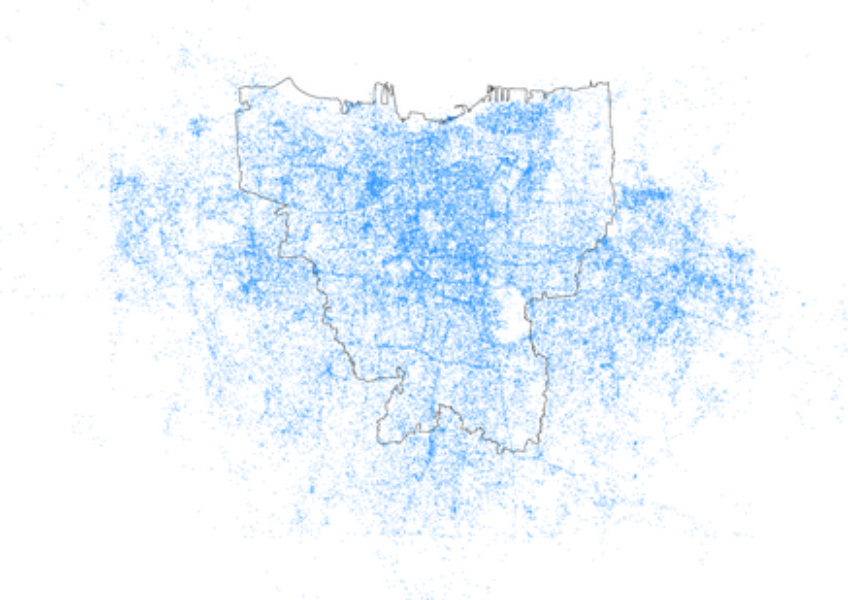 We would like to thank UOW/SMART and BPBD Jakarta, for their support, partnership and vision to make PetaJakarta.org a reality, as well as to thank the citizens of Jakarta for their participation. 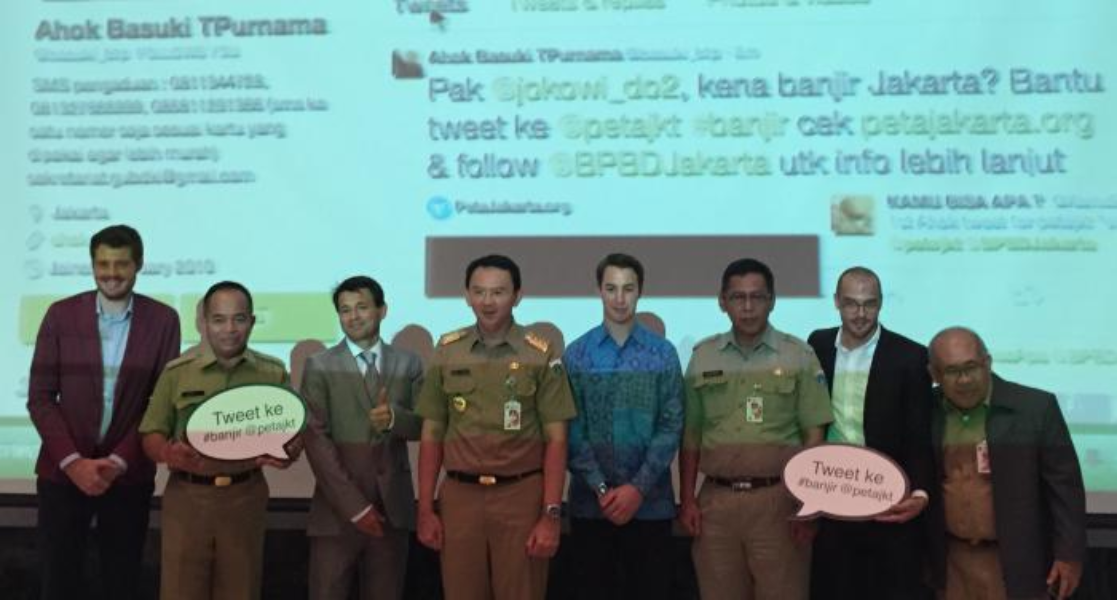 The governor of Jakarta launched the PetaJakarta.org program in Indonesia today, as well as pledged his local government’s support to encourage more citizens to Tweet during the floods: