How voters engaged on Twitter with top presidential candidates in Brazil

On the eve of the election that will determine the next president of Brazil on Sunday, Oct. 5, here’s a look at follower growth for the leading candidates.

Since the campaign officially began on July 6, the political conversation around the country has played out moment by moment on Twitter, bringing voters closer to all the candidates through engagement, interaction and conversations on the platform. 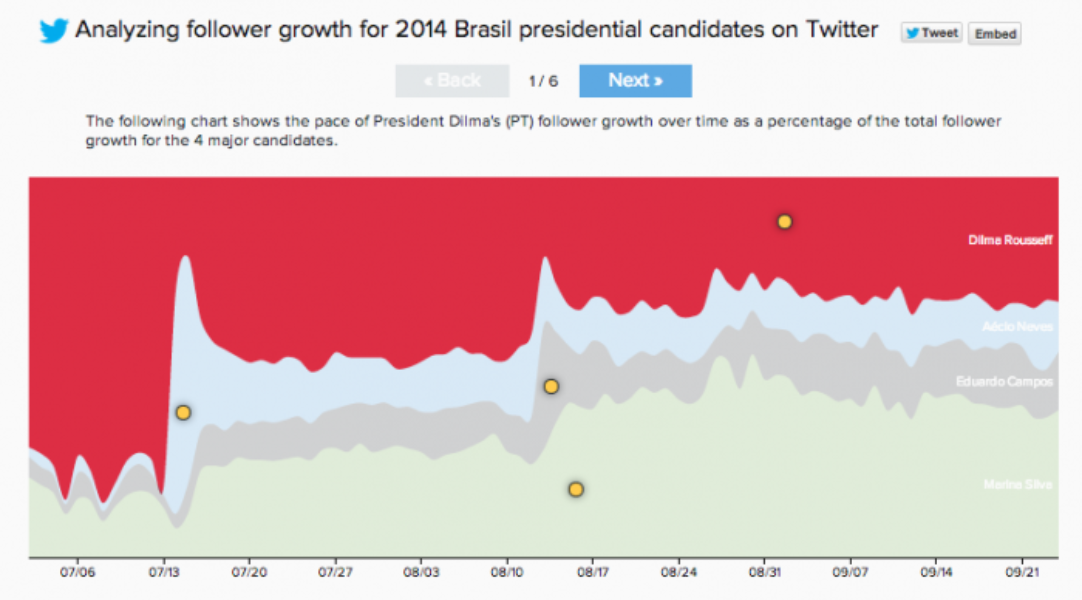 Among the moments that have most marked this year’s election season, the sudden death of Eduardo Campos (@eduardocampos40), the candidate of the Socialist Party of Brazil (PSB), shocked the country. On the day of his death, his account saw a peak in the rate of daily follower growth. From that moment, Campos’s running mate and vice presidential candidate, Marina Silva (@silva_marina), rapidly began to gain attention on the platform, briefly eclipsing the daily follower growth of current president, Dilma Rousseff (@dilmabr), before she managed to regain the lead.

Follow the chart created by our designer, Nicolas Belmonte, to explore these and other examples of the evolving real-time engagement between the front-running candidates for Brazil’s presidential elections and their followers.