Ahead of this year’s Wimbledon, the scene was set for a very social tournament. From a giant topiary @handle in the queue to Twitter votes on the big screen at Henman Hill plus 85% of the seeded players already on Twitter, fans tuned in to Twitter to follow along with every game, set and match.

This heat map shows how the world lit up with Tweets as Novak Djokovic (@DjokerNole) beat Roger Federer (@rogerfederer) in a thrilling five-set match:

And after a brief moment to collect his thoughts, Djokovic took to the balcony to soak up the applause of the Wimbledon faithful:

And later that evening, Djokovic celebrated:

The final showpiece took place on and off the court, with stars such as @VictoriaBeckham and @SamuelLJackson joining the live pulse of the nation:

And whilst she may not have been victorious on the pitch, Bouchard certainly saw her popularity soar over the course of the tournament as she gained over 100,000 followers: 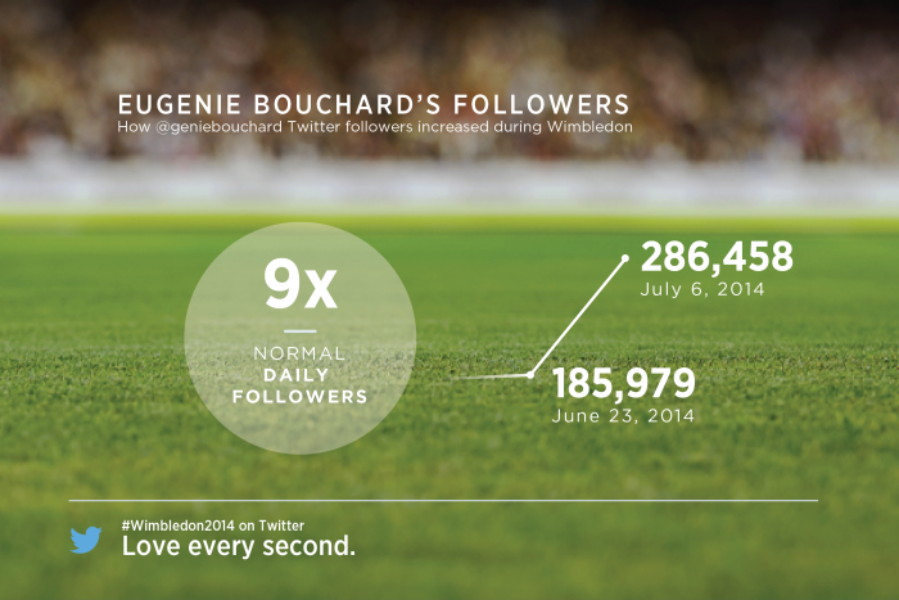 Here’s how that match played out across the world: 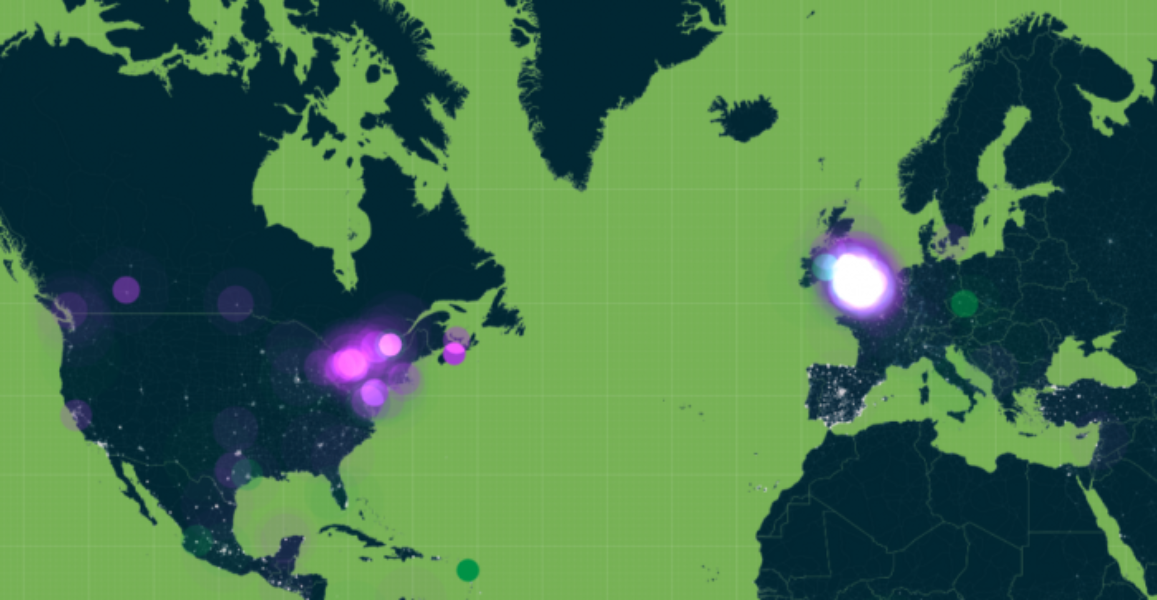 Before the weekend’s finals, there were many standout moments over the course of the championship.

To start the tournament, defending champion @Andy_Murray sent a personalised Tweet to all fans who tweeted with the message #WelcomeBackAndy:

And when @SerenaWilliams, the most-followed sportswoman in the world, was knocked out of the championship with ill health, she thanked her followers for their support:

As the sun sets on SW19 for another year, the tennis world moves on to the next event in the grand slam season. Tennis fans, be sure to tune in with Twitter in late August for the @usopen, and from the first hawk-eye challenge to the final winner, once again you’ll be sure not to miss a moment of the action.