As runway regulars descended on New York City this week, they simultaneously flooded Twitter streams as designers, models, celebrities and other fashion elite Tweeted photos, videos and their take on the whole #NYFW extravaganza.

Throughout the fashion frenzy, there were more than 1.2 million Tweets mentioning #NYFW and related hashtags. This Twitter Reverb chart shows how the conversation spread on Twitter: 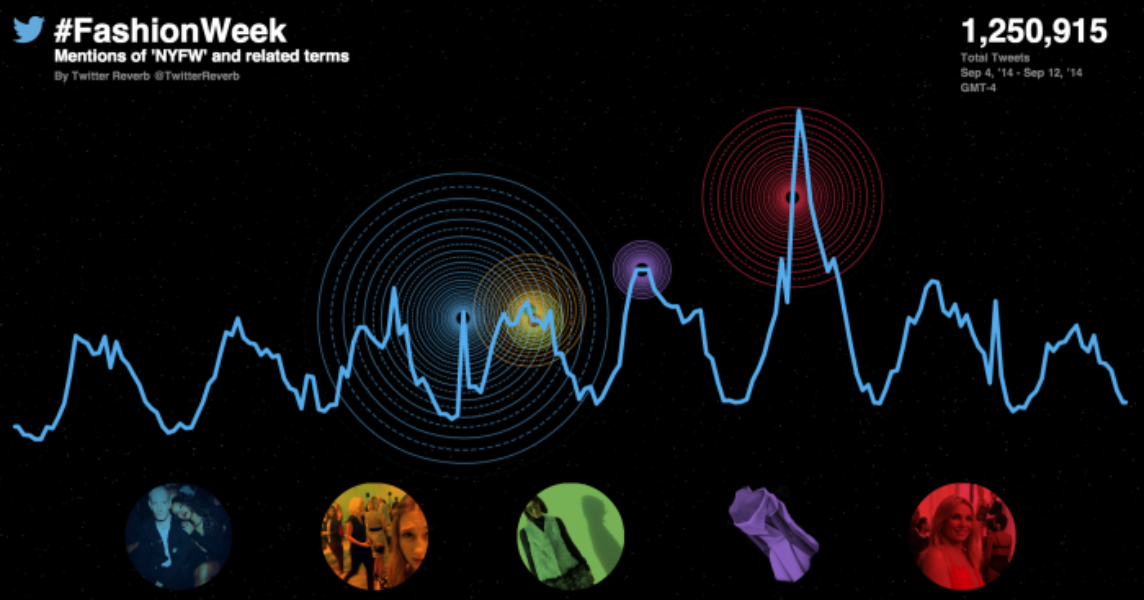 Hundreds of designers presented their lines not only to audiences on the runway, but also to fans on Twitter and Vine. Here are the most-mentioned designers from the week:

Fashion-forward celebrities were a part of the conversation, too. This Tweet from @Rihanna was the most Retweeted #NYFW Tweet:

People who couldn’t make it to the tents at Lincoln Center still had a chance to get in on the action, as a curated group of live-Tweeters – the #FashionFlock – shared their experiences throughout the week with insider photos and videos. Scroll through these Tweets to see the event through the eyes of the #FashionFlock and more of the industry’s biggest names and institutions: