During the movie awards season, cinefiles and movie junkies light up Twitter with chatter of their favorite films, picks for “Best Picture” and their own 140-character reviews. But people aren’t just going on Twitter to talk about movies during awards season; they’re having conversations about movies on Twitter year-round. In fact, we’ve found that on average, there are 200,000 movie-related Tweets per day. 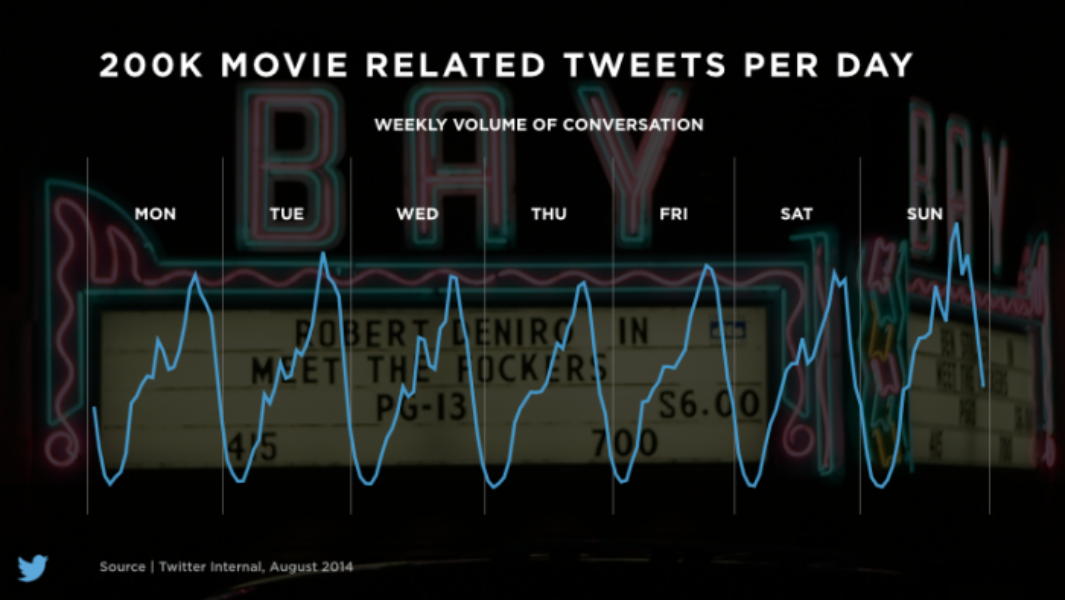 To highlight which films sparked users’ interest the most on Twitter, we tracked global Twitter data to determine which films released in October saw the most buzz. The horror movie “Annabelle” lead the pack with nearly 1.2 million Tweets from one month pre-release to the weekend of the release. Here are the others:

We also looked ahead to see which November release movies people are excited about seeing, according to Twitter chatter. “The Hunger Games: Mockingjay Part 1” leads the way with nearly 1.1 million Tweets. Here’s the full ranking:

While Twitter users expressed their opinions and conversed with each other about their favorite flicks, they also had a chance to interact directly with the films’ stars through Twitter Q&A’s. Casts from the highly-anticipated sequel “Dumb & Dumber To” Tweeted answers to fans’ questions in real time. Here’s a collection highlighting Jim Carrey’s and Jeff Daniels’ answers to fans’ burning questions about the movie:

And here are some top movie Tweets from October. Check back next month for more!