Join the roar of the @MLB #postseason crowd

Tonight, the best baseball teams and players begin the journey to a World Series title as the @MLB#postseason begins. While they battle to be the last team(s) standing in October, follow all of the action on and off the diamond on Twitter.

The #postseason action begins tonight with the win or go home American League #WildCard game between the @Athletics and @Royals.

Tomorrow night, the @SFGiants travel to Pittsburgh to take on the @Pirates in the win or go home National League #WildCard matchup.

The best way to stay connected to the postseason is to follow @MLB for highlights, score updates, analysis and behind-the-scenes photos and videos. You’ll also want to jump into the conversation with the following hashtags: #postseason, #WildCard, #ALDS, #ALCS, #NLDS, #NLCS and #WorldSeries.

Here are the American League #postseason teams to follow, as well as links to their players on Twitter and hashtags to use if you are a fan of each team:

And here are the National League #postseason teams, players and hashtags to follow:

After each team clinched a postseason berth, @MLB has featured GIF movie posters:

Baseball fans will also want to follow along with the #PostSeason broadcast partners as the action unfolds on the diamond and on TV:

And @FoxSports will offer fans watching NLCS game one a unique opportunity to experience postseason baseball as never before. While there will be a traditional broadcast on FOX, FOX Sports 1 will provide fans a more analytics-driven game viewing experience. The show will encourage fans to interact on Twitter during the broadcast and will also leverage players and influencers to drive conversations on the show.

Most-followed and -mentioned teams and players:

If it were up to Twitter followers, here’s how the ten postseason teams would rank:

And here are the most-followed players in the #postseason: 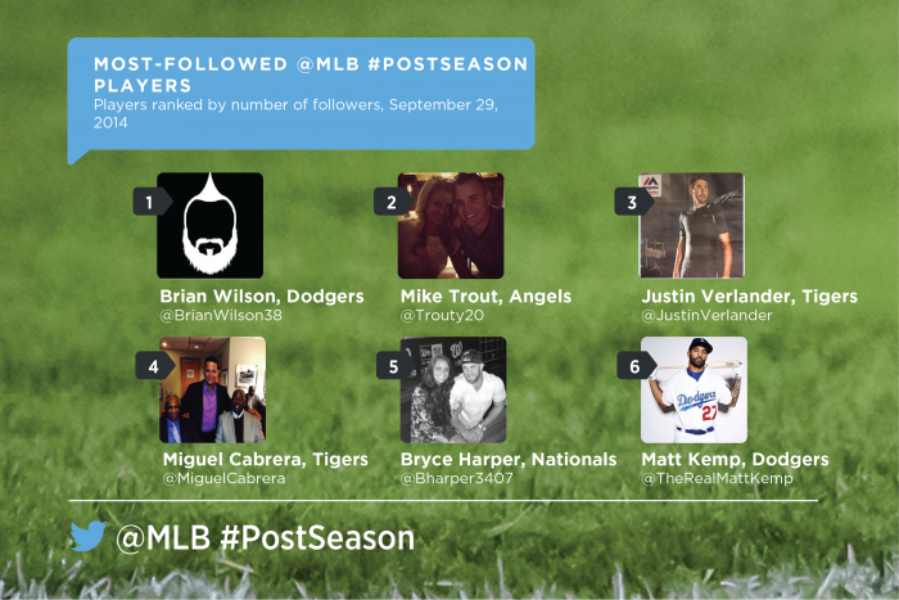 The season began all the way back on March 30. These were the most mentioned #postseason players on Twitter during the regular season: 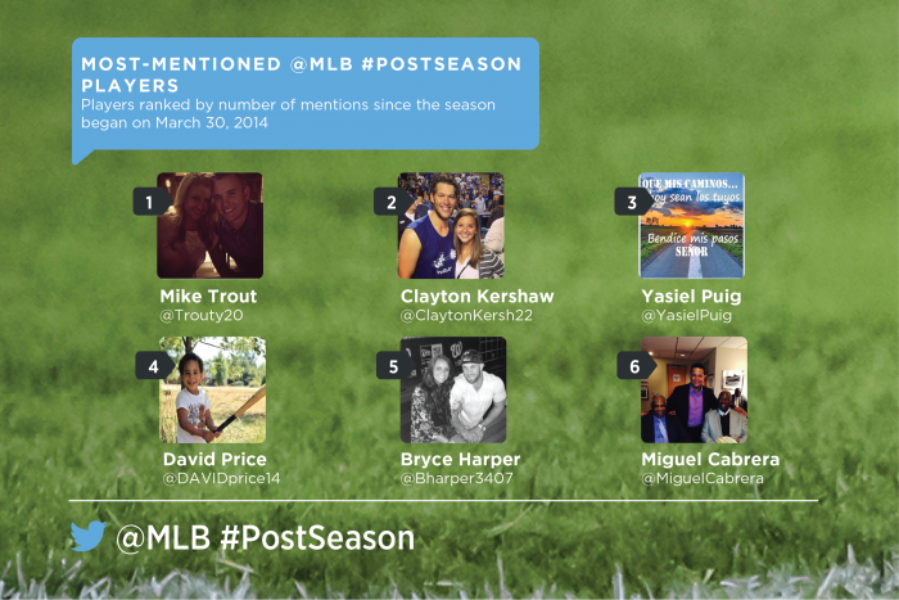 Dive into the conversation, cheer on your favorite @MLB teams and Tweet to @TwitterSports who you think will be the last #postseason team standing.