A former fiction writer and dramatist, @peterjukes has transformed himself into an independent journalist, especially by live-tweeting the UK’s high-profile phone hacking trial from the courtroom.

Since the UK bans all recording of any trial, people have used his Tweets as a main source of information. Jukes has seen his follower numbers grow by more than 700% since the trial began in October.

The live-tweeting has brought not just a large number of followers, but dedicated followers who have funded his live-tweeting as a freelance journalist.

In this Q&A, Jukes, talks about the power of live-tweeting and offers up some tips. 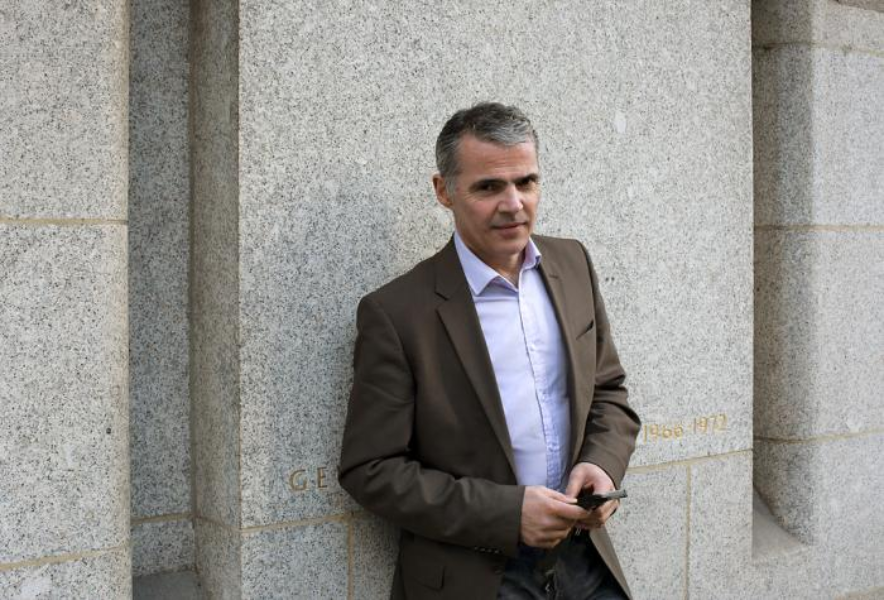 How did you end up live-tweeting the phone hacking trial?

I think there’s just something about this case — the high-profile nature — that means there are people that want detailed coverage of it. I think it helps that I don’t have to file a story or have an editor who would cut my content to fit a package. I can just 100% focus on the trial and, as a result, many perceive me to have less of an agenda.

From a business perspective, how did you approach the live-tweeting?

After publishing my book I started to work as a freelance writer. I was covering the phone hacking pre-trials and hoping to do the same for the trial itself. But I quickly realized freelance work wasn’t going to cover my costs.

In the three days of the opening I tweeted as much as I could. I had planned to write articles too, but I realised I could provide more comprehensive coverage if I focused on live tweeting. I started to build a big following very quickly.

But, after three days I had to tell my Twitter followers that I couldn’t afford to keep reporting. It was then someone on Twitter suggested crowdfunding.

Initially I wasn’t keen on the idea, it felt a little like begging. But my Twitter followers encouraged me and I set up an indigogo page with a target of £4,000. I was astounded when people helped me to raise £6,362. I’ve since raised another £14,500 to help me keep tweeting until the end of the trial.

Whilst the story of phone hacking is very dramatic, the court itself has nothing to do with drama. It’s about painstaking establishment of timelines, phone calls, texts, etc. It’s very fact driven and, I think, those individual facts work well as individual Tweets. They are also searchable so if there is a piece of evidence I want to timestamp, I will tweet it out with the intention of collating them later for a book I intend to write after the trial.

I also try and tweet as much as I can that is salient, funny, interesting or colourful. And, of course, I have to abide by the UK’s strict laws around contempt of court.

Quotes work really well — you have to try to avoid commentary and try to let people talk and use their own words as much as possible.

There are two areas from which the press can report — directly inside the courtroom or from a small room called “The Annex” which has a live video and audio feed. It’s usually better to be in The Annex because journalists can talk there.

I am also lucky that I can get a 3G signal from The Annex [Courts do not have Wi-Fi] and I do all my live-tweeting using the Twitter app on my iPad 2 which is connected to a Logitech keyboard.

When I tweet, that’s not the end of the story either. Another Twitter user, @JonLippitt, has been compiling all my Tweets into a searchable database to help me with the book. It also means I can publish a summary of the day’s Tweets on my blog. So far I’ve published over 350,000 words via Tweets — that’s approximately 4,000 words a day.

Are you reporting for others during this process too?

If a site does want me to write an article for them, I’ll often pre-write most of the story ahead of time and leave space for a number of key Tweets I know I’m likely to file during that day. Editors can then take those Tweets and embed them in the story at the right point. It means I’m faster and I don’t have to stop live-tweeting to write up a story.

What is your advice to other court tweeters?

Be very careful! Tweets have a tendency to get mentioned in court cases if they are deemed to have prejudiced a trial. Lawyers are always looking at Twitter to check what is being put out publicly. If you get something wrong, you will get picked up on it.

It is much safer to stick to reporting exactly what people say. Then you should be absolutely fine.