Because it’s Valentine’s Day, love is in the air, and in the Twittersphere. It inspires us to capture the creative ways people use Twitter to express their love. 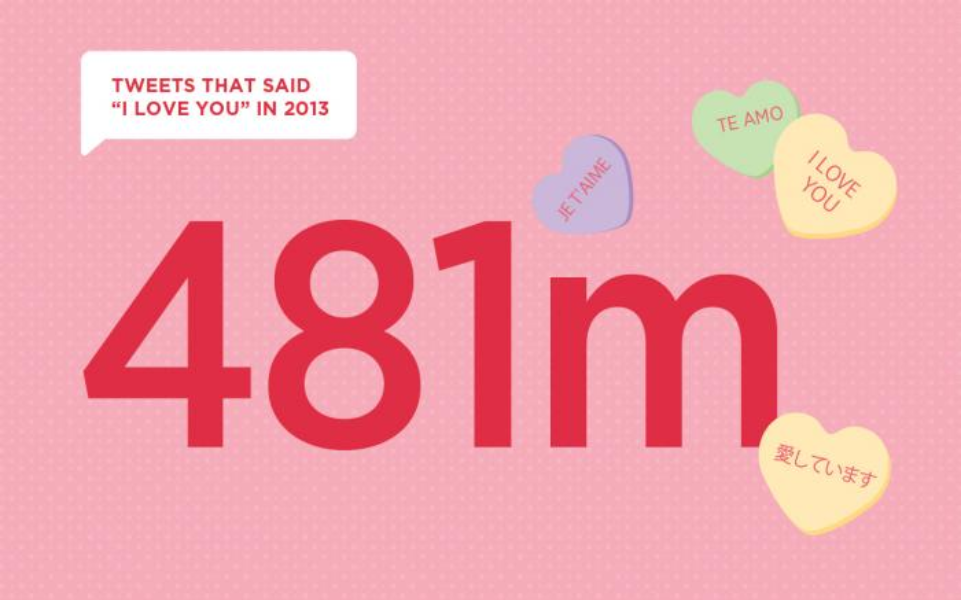 We looked at which countries tweet those three words most often, and here’s what we found: 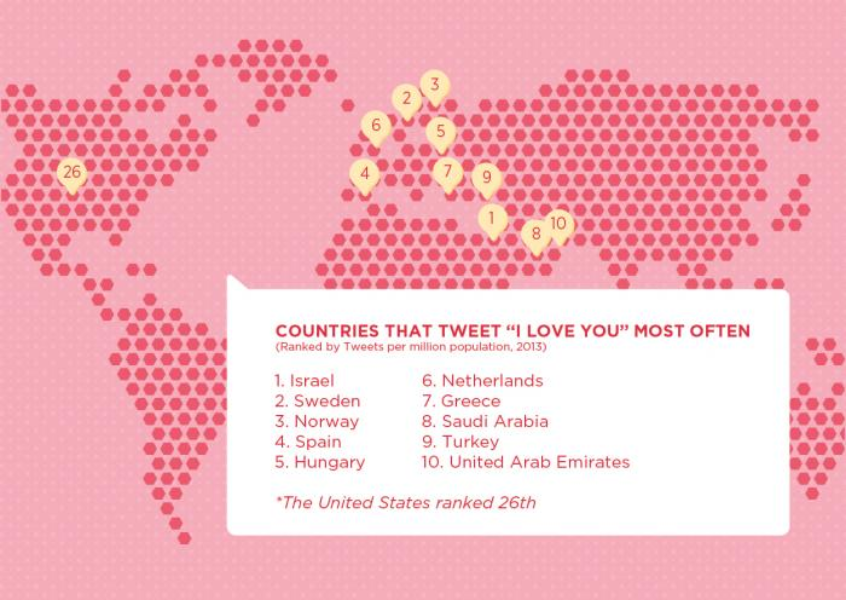 This visualization details more fully where and when people tweeted “I love you” the most, and surprisingly, it’s not in February. 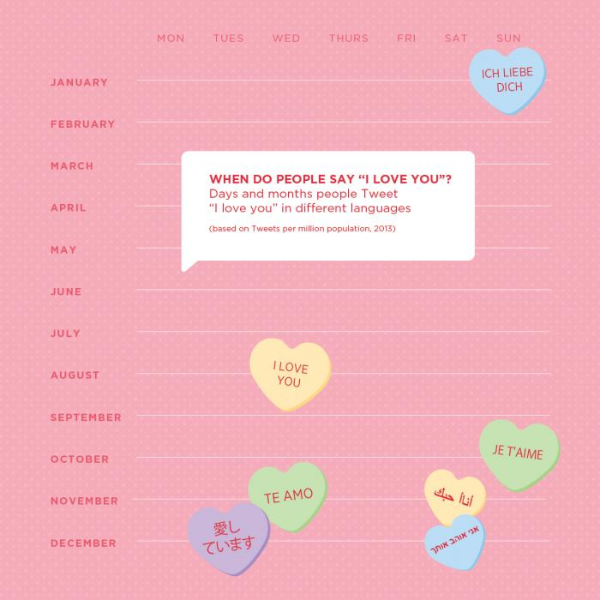 And here, we leave you with one last love-ly Twitter moment: