Tonight, college hoops fans from all over connected on Twitter to get closer to the action on and off the court during the thrilling @UConnMBB#NCAAFinals 60-54 victory over @KentuckyMBB.

Between all of the big moments during the game on @HoopsonCBS (9:00 - 11:30 p.m. ET), there were more than 2 million Tweets around the world containing terms related to the telecast. For a detailed analysis of audience reach (based on unique audience and impressions) by U.S. Twitter activity around the broadcast (+/- 3 hours) as well as the total volume of U.S. Twitter activity (by unique authors and Tweets), Nielsen Twitter TV Ratings (@nielsensocial) will be available at 2 p.m. ET tomorrow here.

The Twitter crowd was all over the action throughout the #NCAAFinals. Here are the moments that generated the biggest peaks of Twitter conversation (measured in Tweets per minute, or TPM) during the game: 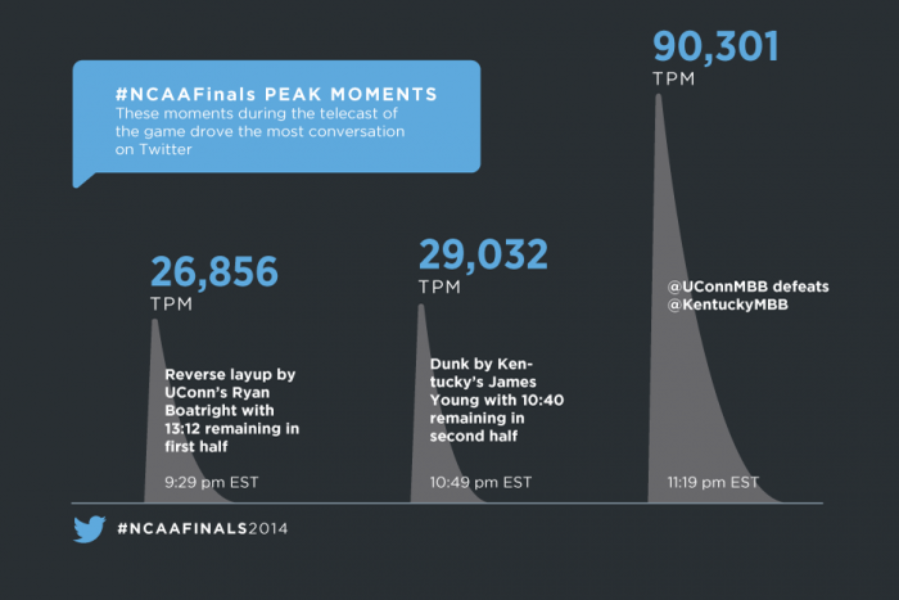 Despite the loss, Kentucky’s James Young threw down a thunderous dunk that had everyone excited on Twitter:

And here’s the trick play in the first half by UConn’s Ryan Boatright:

As these moments unfolded on live TV, fans tweeted about the top players on @KentuckyMBB and @UConnMBB. Here are the most-mentioned players during the game telecast: 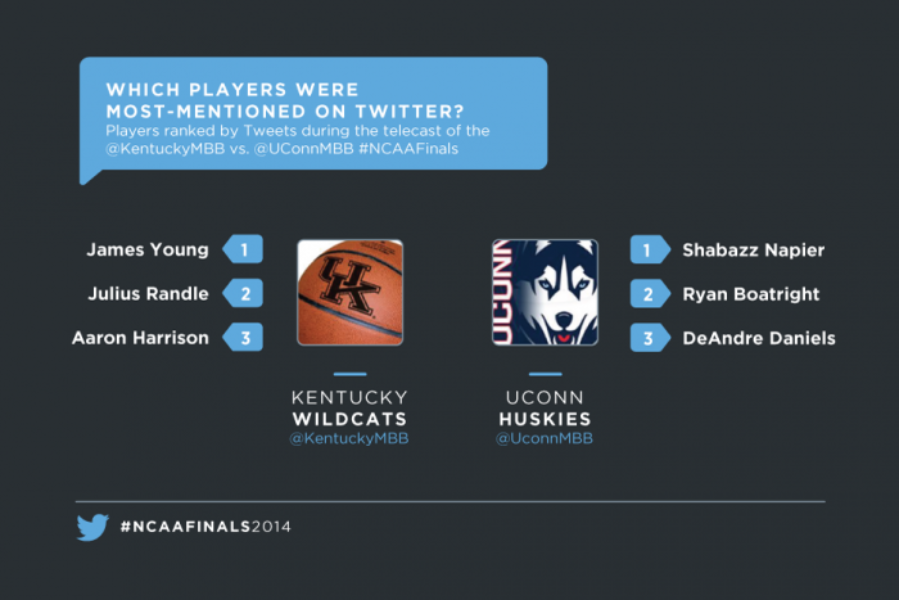 LeBron James (@KingJames) was impressed by the play of UConn’s Shabazz Napier, the tournament’s most outstanding player:

Of course, the game was the culmination of a month of #MarchMadness tourney games that saw plenty of Twitter conversation around Cinderella stories, game-winning shots, epic performances and more. Here’s a custom timeline capturing Tweets from the tourney:

If you have an appetite for even more basketball on Twitter, turn to the @NBA, as the league has two weeks of regular season play left before the playoffs begin. Find your favorite teams and players to follow here.