Hispanic TV conversation targeting gives advertisers a way to join the conversation around high-engagement Spanish-language TV shows like the recent Premio Lo Nuestro Awards on Univision in order to engage with Hispanic users in a way that’s unique to the Twitter platform.

The study was based on a 10-minute online survey of Hispanic Twitter users who access Twitter weekly, conducted in the U.S. with 810 respondents with varying levels of acculturation. Here are three key findings, based on the behaviors of Hispanics on Twitter, which highlight the opportunity that Hispanic TV conversation targeting offers advertisers.

1. Hispanics are tweeting in both English and in Spanish.

Our research revealed Hispanic users maintain a strong connection to their native language and culture. This is apparent in their media consumption habits, 71% consume media in a combination of languages. When it comes to Twitter, 43% of U.S. Hispanics surveyed tweet in both English and Spanish. The new TV conversation targeting capability takes into account the language preferences of Hispanic users.

A considerable majority, 73%, of Hispanics say they like reading what others are saying on Twitter about the TV shows they’re watching. 63% percent said they like to tweet their comments about what they see on TV, and more than half — 58% — tweet to vote or enter contests while watching programs. 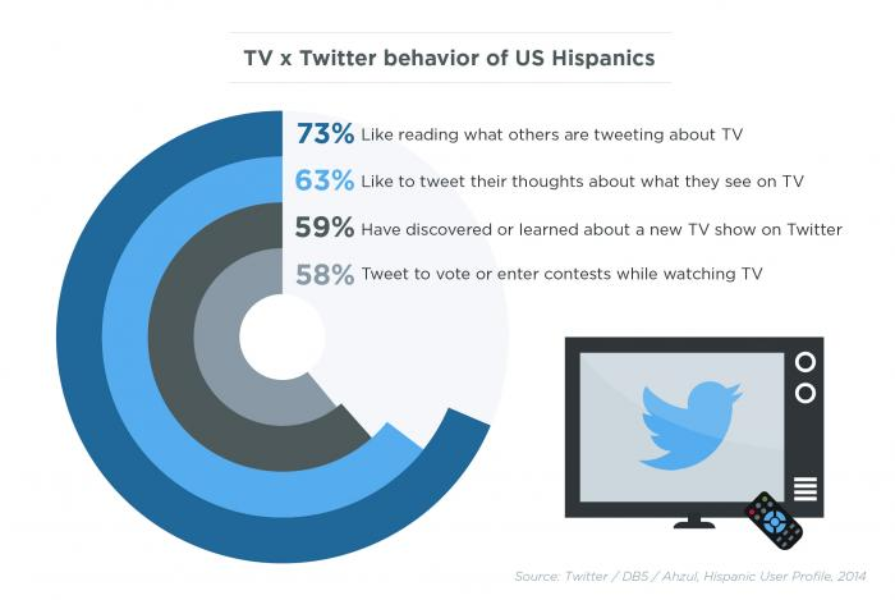 The survey also revealed Hispanics use Twitter as a tool for TV discovery. Six out of 10 Hispanic users have discovered or learned about a new TV show because of Twitter. This is great news for TV networks who can now target users engaging with specific shows and at moments of high engagement with the platform.

3. Hispanics who interact with brands on Twitter are more likely to purchase based on what they saw.

In addition to being highly engaged with TV programming, the research shows Hispanic users are also engaging with brands. In fact, 81% of Hispanic users said that they follow at least one brand on Twitter. 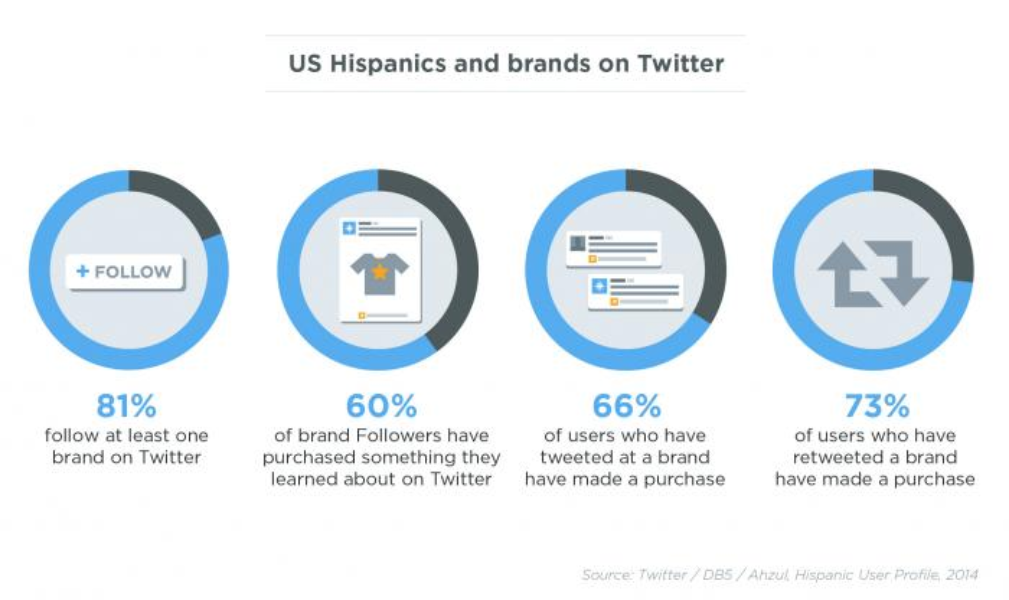 When it comes to TV, 63% of Hispanic users said they search for hashtags from TV shows and ads to see what people are saying. With Hispanic TV conversation targeting, advertisers can now more easily reach users exposed to brand sponsorships and other TV tie-ins for an additional touch point or message expansion.