The San Francisco Recreation and Parks Department (@RecParkSF) and America Scores (@AmericaSCORES) have teamed up to bring the roar of the soccer-loving crowd and the joy of watching the World Cup to Civic Center Plaza in San Francisco.

Twitter is pleased to be a sponsor of the free viewings, which culminate this Sunday at 12:00 p.m. PT when Germany takes on Argentina in the #WorldCup final.

Fans can watch the action on two huge viewing screens, while kids can participate in nearby sponsored activities such as mini-soccer games, a youth skills clinic, face painting and a photo booth with soccer props. 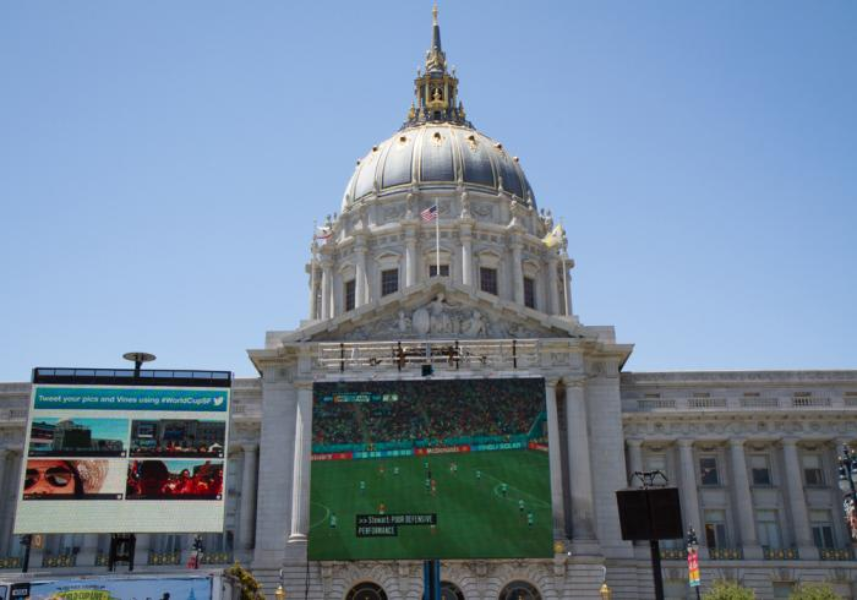 In addition to the viewing displays, Twitter will host two screens — one showing Tweets from fans at the event, the other showing Tweets from celebrities and global soccer influencers. Use the hashtag #WorldCupSF on Sunday for the chance to see your Tweets on the big screen at the Civic Center event. To give you a sense of how they appear, here’s a roundup of Tweets from the Wednesday game to give you an idea of how they look.

At several of the earlier games and for Sunday’s final, we invited neighborhood families from the Boys & Girls Club and Compass Family Services to join us for the festivities. It’s our pleasure to support our community by celebrating the world’s biggest game with our friends and neighbors.