Every day, people use Twitter to share what’s interesting. And as you may have heard, now there’s a new way to do that: by sharing Tweets privately using Direct Messages. 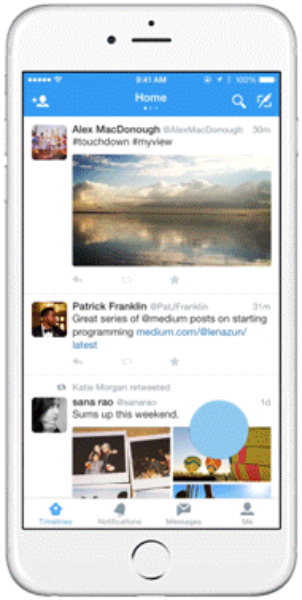 With today’s update you’ll be able to share a Tweet privately with any of your followers. To do this from either the iOS or Android mobile apps, long-press the Tweet in your timeline and choose “Share via Direct Message.” On twitter.com and TweetDeck, tap the “••• More” icon and select “Share via Direct Message.” The person you share a Tweet with will get a push notification, and the Tweet will display directly in the conversation.

Twitter is already a great place for public conversation; now it’s also easier to privately discuss things you care about.

To start sharing Tweets via Direct Message today, go to twitter.com, download the Twitter app for iPhone or Android, or check out TweetDeck for web, Chrome and Windows (with Mac coming soon).