As country music’s superstars arrive in Nashville for the 48th Country Music Association Awards (@CountryMusic), #CMAawards buzz is at an all-time high on Twitter.

After a special live performance on the CMA Awards stage, the night’s co-host @CarrieUnderwood will make #CMAawards history by premiering the video for her new single, “Something In The Water,” exclusively on Twitter.

Leading up to the show, don’t miss any of her Tweets, as @CarrieUnderwood shares exclusive photos from the video shoot for “Something In The Water”:

Ahead of tomorrow’s big night, we looked into which songs and nominees have generated the most buzz on Twitter. Over the past year, U.S. music fans have Tweeted about their taste in country music and everything there is to love about this year’s nominees. Throughout the year, these nominees received the most mentions on Twitter: 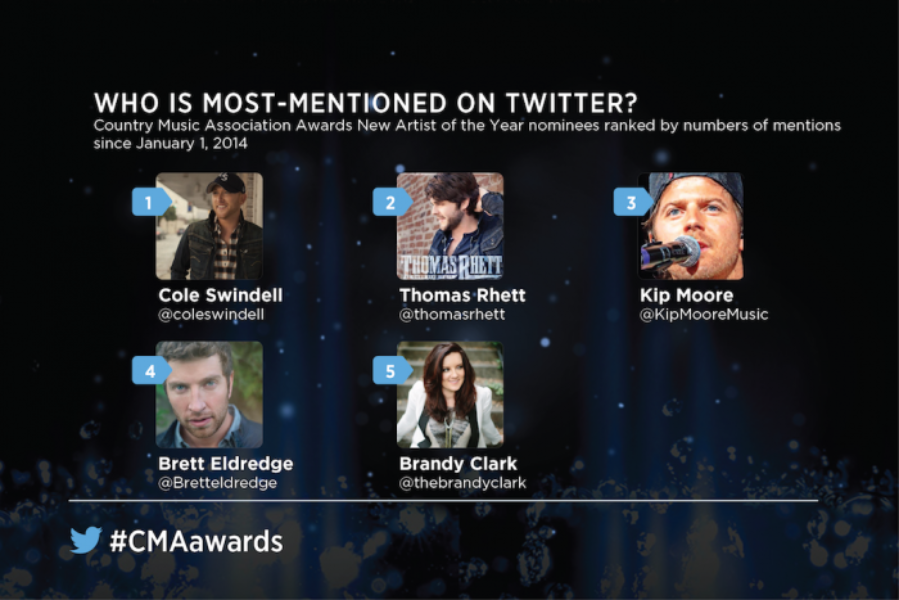 We also created two interactive maps to show you which songs and nominees are this year’s fan favorites. This map shows the most Tweeted-about “Song of the Year” nominations, according to geo-tagged Tweets from U.S. country fans.

@LeeBrice’s “I don’t Dance” dominates the Twitter conversation in 47 of 50 states.

And “Give Me Back My Hometown” and “I Hold On” from @EricChurch and @DierksBently are two of the most-liked songs in the South. 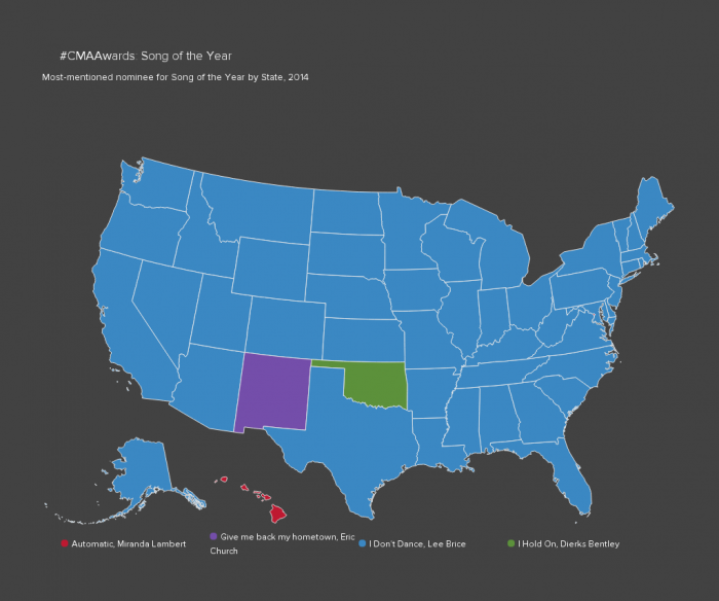 Click on our second map below to see which nominees for “Entertainer of the Year” are fan favorites. 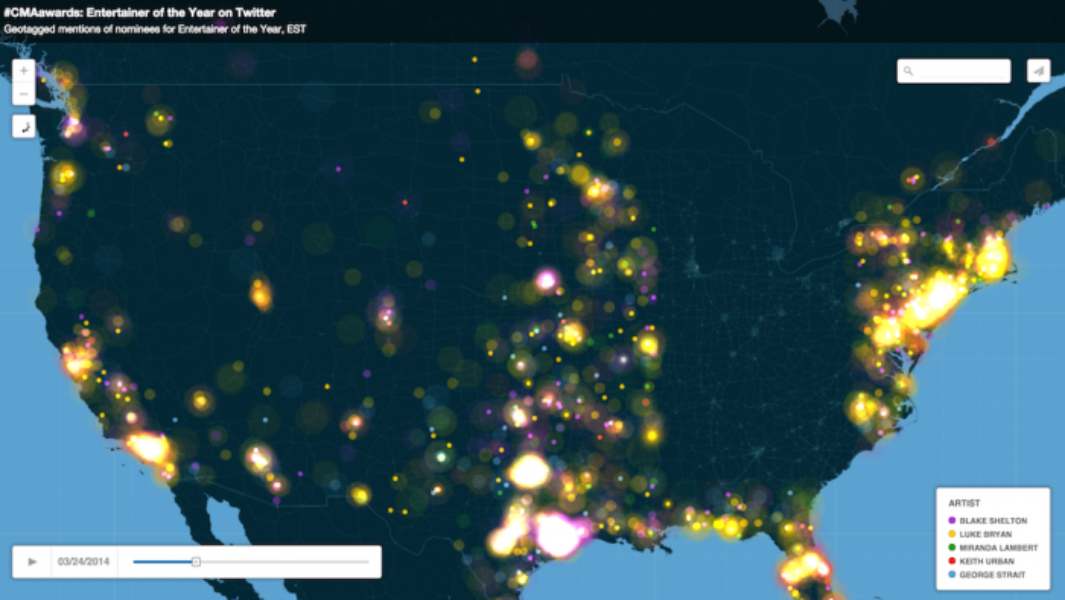 Music fans have been tweeting about the Georgia native @LukeBryan all year.

You can also see that @BlakeShelton and @LukeBryan are the top two most-popular fan favorites around the U.S., with both stars owning the Twitter conversation for the longest period of time.

Come join the @Countrymusic party and stay connected to the world’s most talented belles and gents during tomorrow’s big show on @ABCNetwork at 8 p.m. EST.