Last week, Friends of the Urban Forest (FUF) and our green team co-hosted a mixer and launch event for #TechPlantsSF at Twitter HQ.

FUF’s Executive Director Dan Flanagan shared with us what he hopes to accomplish with this partnership in the future. “Our goal for this event is to introduce FUF to tech companies and help turn San Francisco into a greener and healthier city,” Dan explained. “This is our first time, and we hope to do more in the future.”

As the mixer began, participants were able to meet people from other tech companies – such as Salesforce, Dropbox, Google, Uber Conference, FusionStorm, Square and others – and learn more about FUF’s programs and services. We then heard from Supervisor Scott Wiener who welcomed the group and provided insight to the goals of involving the tech community. 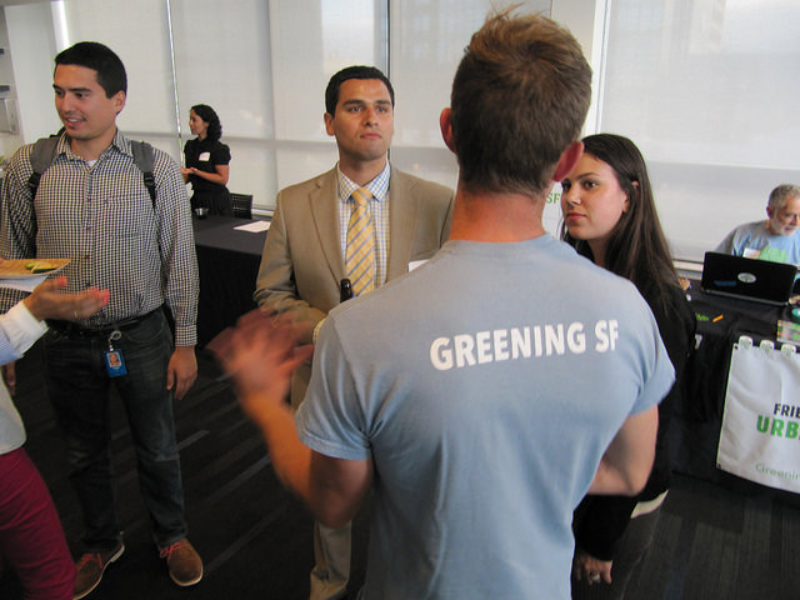 Photo courtesy of Friends of the Urban Forest via Flickr.

“We’re seriously lagging because San Francisco doesn’t invest in our urban forest,” Supervisor Wiener began. “The city is gradually withdrawing from responsibility and making homeowners pay for everything. We’re not planting and we’re not replacing.”

When people ask him what organizations they can join to help make an impact, he said he always recommends FUF, a group with which he currently volunteers.

At the end of the event, Dan spoke more about the impact of FUF and how many benefits trees provide, thereby improving the health and happiness of local residents. “It’s all about breaking up concrete and advocating for trees across San Francisco,” he explained. “FUF is 33 years old. Since 1981, 48,000 trees have been planted by our organization.”

We’re delighted to continue working with FUF and the tech community to keep San Francisco green. If you’d like to learn more about #TechPlantsSF, check out their website and volunteer at an upcoming planting. 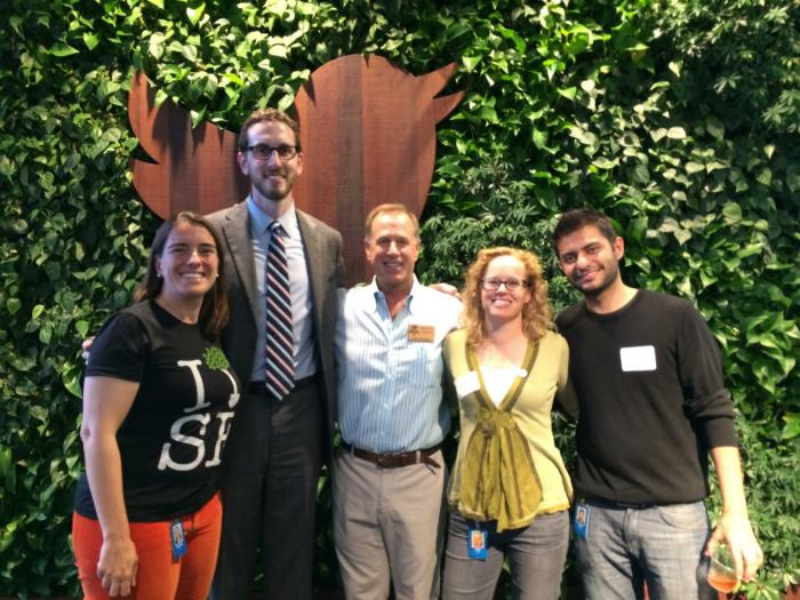 Update (Oct. 9, 2014): As a result of the #TechPlantsSF campaign, FUF planted 100 trees throughout San Francisco, replaced 500 square feet of concrete with sidewalk gardens and added 100 new volunteers to their volunteer list. Thanks to everyone who helped make this possible.