Every two years, the #RyderCup features Team Europe and Team USA squaring off in golf’s most celebrated dramatic rivalry. For its 40th anniversary, the Ryder Cup will tee off on the PGA Centenary Course in Perthshire, Scotland – and all of the action will unfold on Twitter.

Led by captain Paul McGinley, #TeamEurope looks to defend its title this weekend (September 26-28) while #TeamUSA, led by captain Tom Watson (@TomWatsonPGA), seeks redemption after its dramatic defeat in 2012:

To get a sense of the anticipation heading into the weekend, look to Twitter for player excitement from Rory McIlroy (@McIlroyRory), Ian Poulter (@IanJamesPoulter) and Bubba Watson (@bubbawatson):

This year, official tournament broadcasters (@GolfChannel, @NBCSports and @SkySportsGolf) and governing bodies (@PGA_Com, @EuropeanTour) have you covered from the first tee to the last green. Here are a few noteworthy initiatives to watch out for: 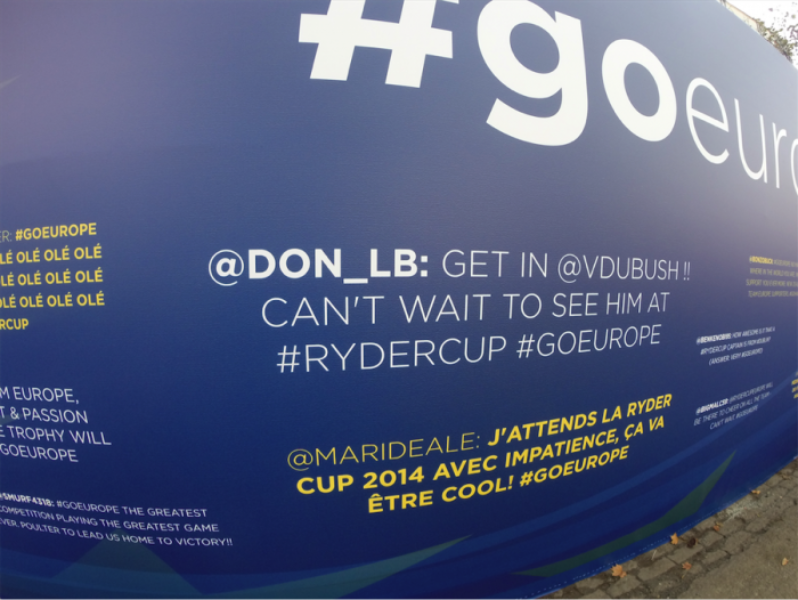 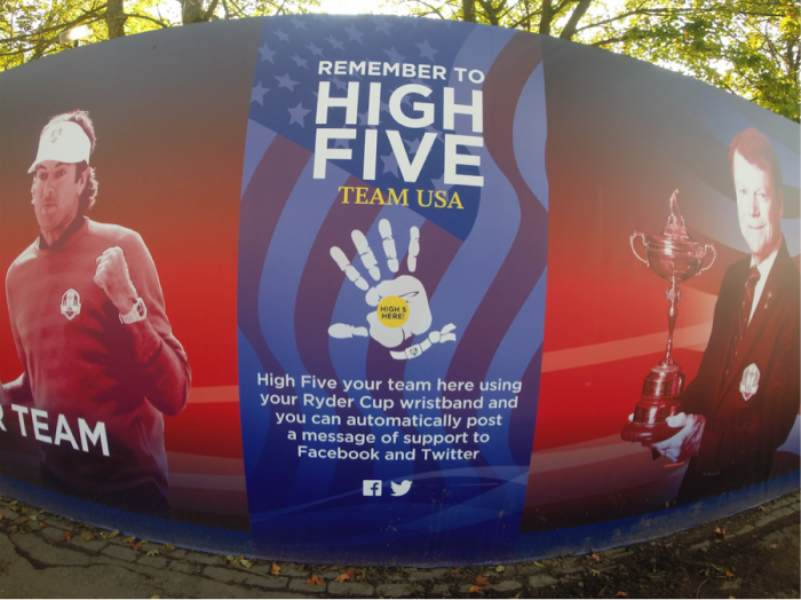 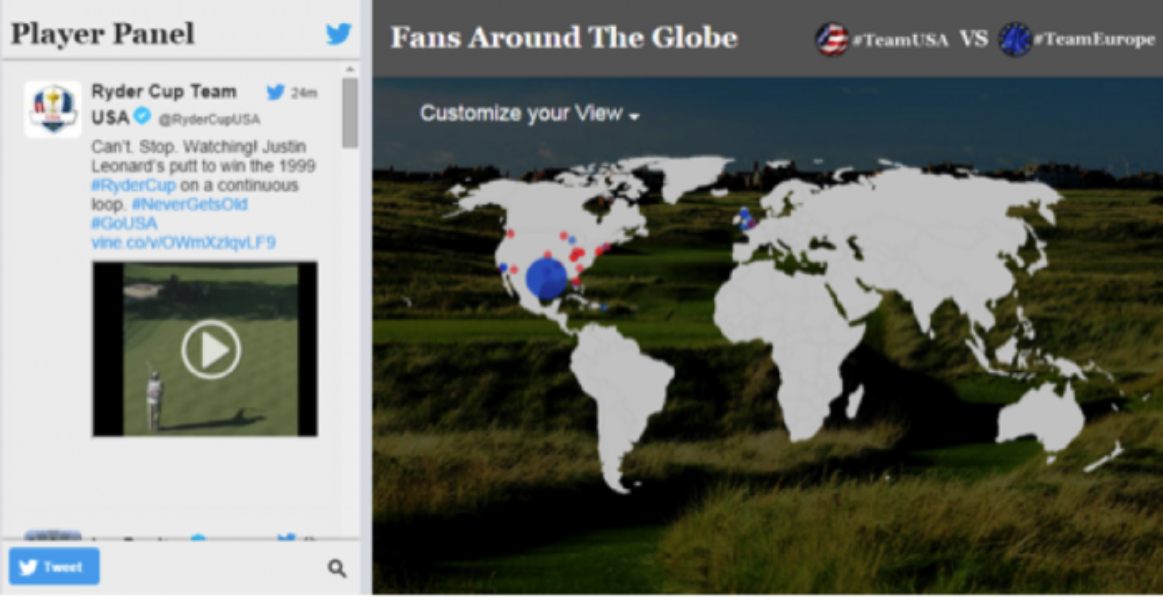 Be sure to dive into the conversation by using this hashtag for the tournament (#RyderCup) as well as the one for each team: #TeamEurope, #GoEurope, #TeamUSA and #GoUSA.

Three-quarters of the competing players are on Twitter; find a list of the Europeans here and the U.S. players here.

Here are the most-followed golfers on each team: 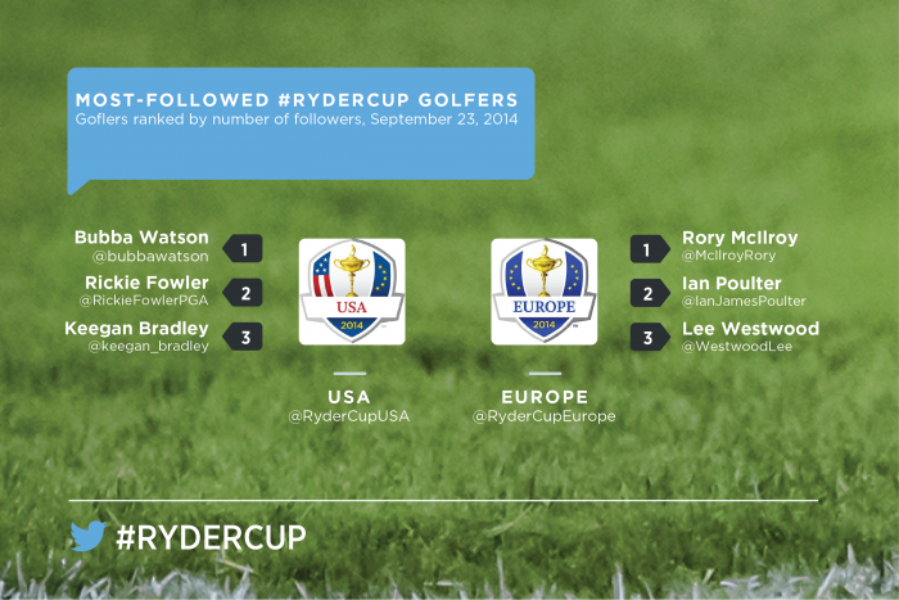 We also looked at how many unique followers each team has (and accounting for super-fans who follow more than one golfer on each team). If it were up to Twitter followers, #TeamEurope would defeat #TeamUSA, as they have over 3.5 million unique followers amongst their golfers compared to over 1.7 million for Team USA. 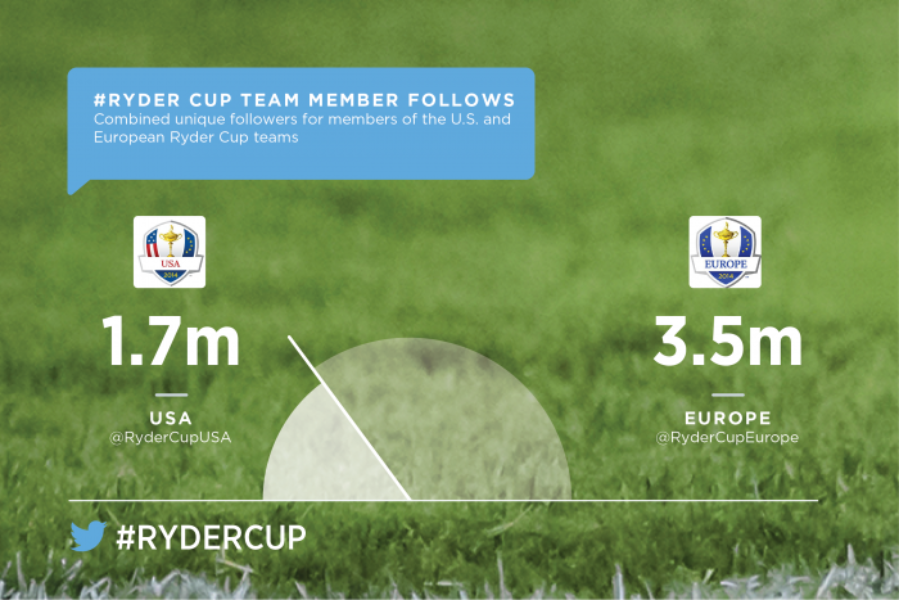 To stay connected to the #RyderCup, you’ll also want to follow these accounts:

As the #RyderCup writes its next epic chapter, fans can count on Twitter from the first tee to the final putt. Whether you’re with #TeamEurope, #TeamUSA — or just a fan of great golfing — sit back and enjoy the conversation.