As the world’s greatest basketball players congregated for the @FIBA 2014 Basketball World Cup, the #Spain2014 drama and big moments played out on the court, and on Twitter.

While the overwhelming favorite @USABasketball took home the gold in convincing fashion, a surprise contender in Serbia battled them in the championship after defeating France (@ffbasketball) in the semifinal.

Throughout #Spain2014, @FIBA brought you closer to world-class players from all of the teams through a Twitter Mirror and Vine Booth, including this Tweet from outside the @USAbasketball locker room featuring #Spain2014 MVP Kyrie Irving (@KyrieIrving):

Find more behind-the-scenes Tweets from throughout the tourney here:

Tweets were also displayed on giant screens inside the arenas in real time throughout #Spain2014: 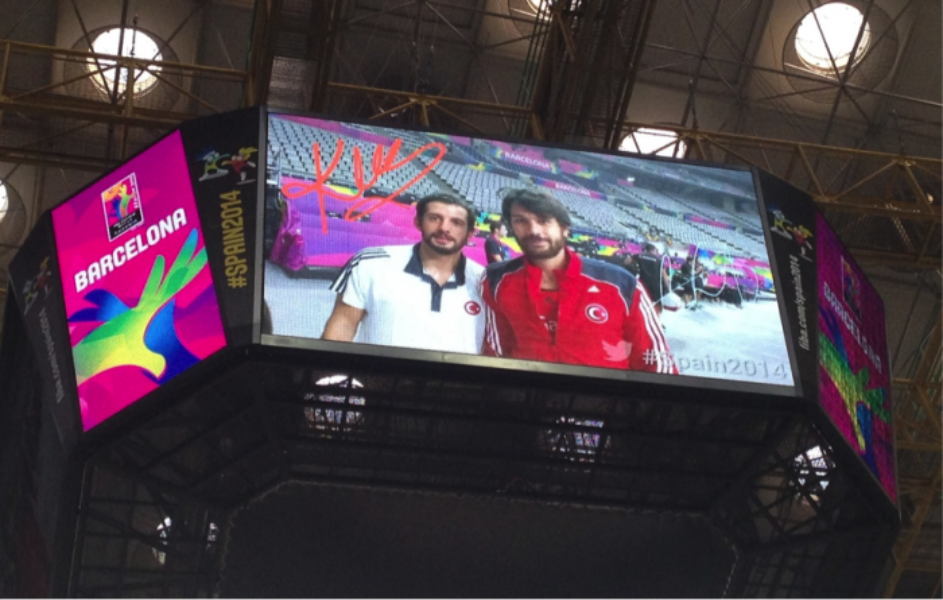 Fans on-site were encouraged to take a photo outside the stadiums in Madrid and Barcelona with the giant #Spain2014 hashtag:

No matter where you were during the games, you could Tweet “scores” to @FIBA to get results of any live games in real time:

Fans, athletes, teams, @FIBA and journalists generated significant conversation on Twitter during the tournament, as over 4.3 million Tweets were sent about #Spain2014.

Here are the moments that sparked the top Tweets per minute (TPM) peaks during live, televised #Spain2014 games:

Twitter was your home for all of the #Spain2014 action. We look forward to more around-the-globe basketball coverage, starting with the @NBA, which tips-off competition in October.