With the defending Super Bowl champion @Seahawks hosting the @Packers tonight in the 2014 NFL kickoff, we want you to have even more ways to keep up with all the #NFL action, on and off the gridiron.

Starting tonight and throughout the entire season, whether you are at the stadium, at home, a sports bar or simply in transit, Twitter will deliver football fans a national tailgate party in real time.

The new NFL and game timelines make it easy to stay up to date. In the #NFL timeline, you can see NFL-related Tweets from people in your network, along with relevant Tweets from teams, players, coaches, press, fans and celebrities. To see this timeline, search for or tap on #NFL within Twitter.

To keep up with the latest action, the game timeline shows Tweets about specific games that are happening in real time, even if you’re not near a TV. To view these, search or tap on [#TeamvsTeam] (substitute the team pair names in, e.g. #SeahawksvsPackers or #SEAvsGB), or tap on “Game” from the #NFL timeline.

Twitter brings you closer to NFL teams and stars

Fans can follow the latest with the #NFL through the official league account (@NFL). Here, you will find game coverage, behind-the-scenes video and photos, and access to teams and players throughout the season.

All 32 #NFL teams are on Twitter. You can find them here.

The @Seahawks were the last ones standing after winning last year’s Super Bowl last year; today, these are the teams that have the most Twitter followers.

Here are the most followed #NFL players: 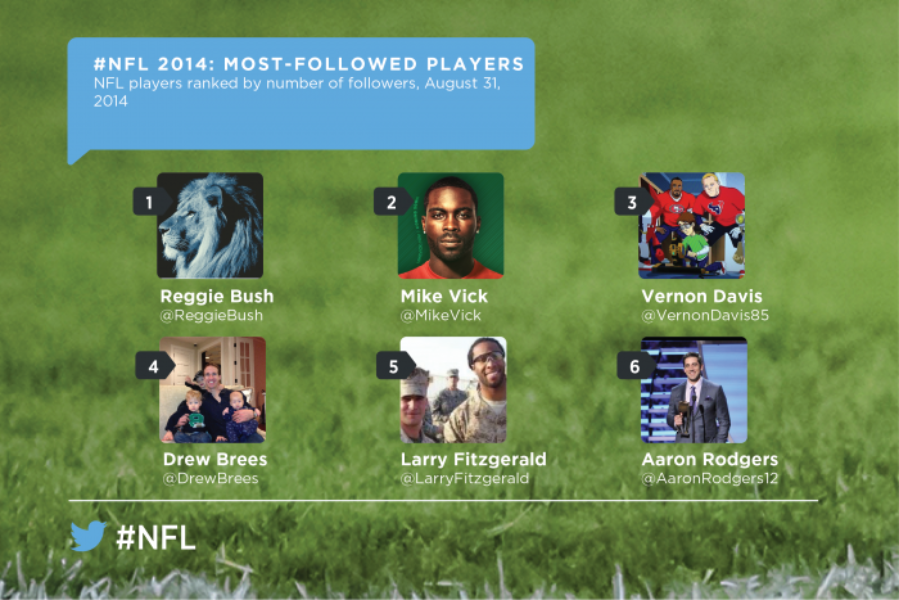 #NFL training camp and the battle for jobs started in July. The most-mentioned teams on Twitter since July are:

And these are the players who were discussed most on Twitter since training camps began: 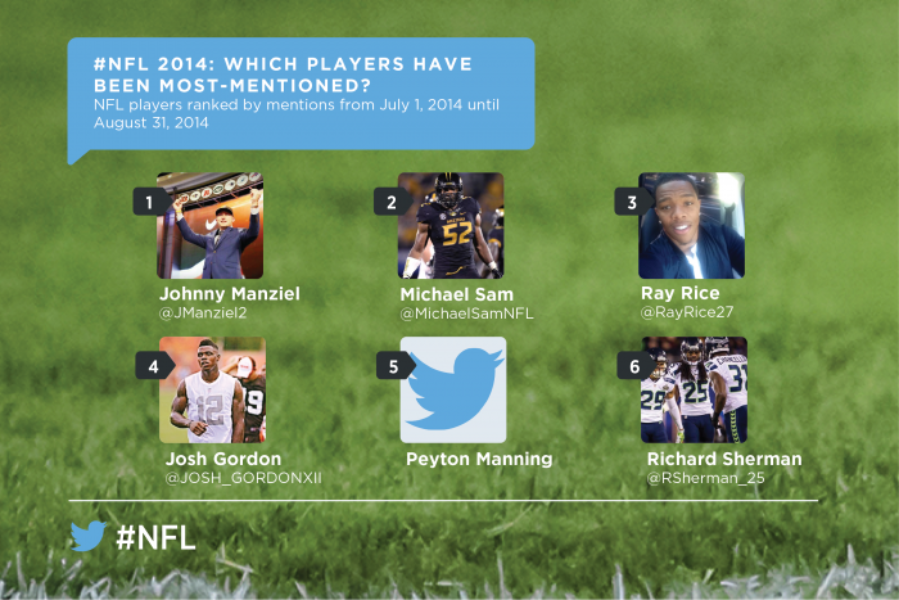 The U.S. #NFL broadcast partners are:

Following the #NFL action on Twitter ensures you won’t miss a single moment of the season. But in case you do miss a big play or story, follow @TwitterSports and come back here on Tuesdays as we recap how the #NFL week played out on Twitter.