The thrill of each goal, the ecstasy of each victory, the impatient wait for your squad to return to the pitch — the #WorldCup has brought people across the globe to Twitter to share in every heart-pounding moment.

The opening match between host country Brazil (@CBF_Futebol) and Croatia (@HNS_CFF) saw the most Twitter conversation during a match in real-time thus far with over 12.2 million Tweets. Here are the top five most-tweeted matches during group play:

Argentina’s Lionel Messi and Brazil’s Neymar Jr. (@neymarjr), who have both scored four goals in group play, are the most mentioned #WorldCup players so far on Twitter. And thanks to the infamous biting incident, Uruguay’s Luis Suárez, is the third most-mentioned player on Twitter during the #WorldCup group stage. 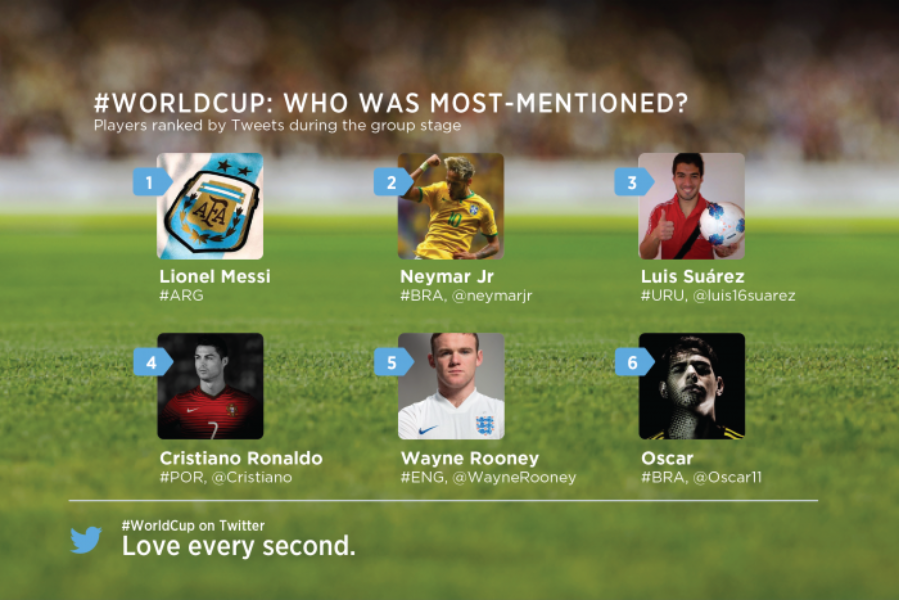 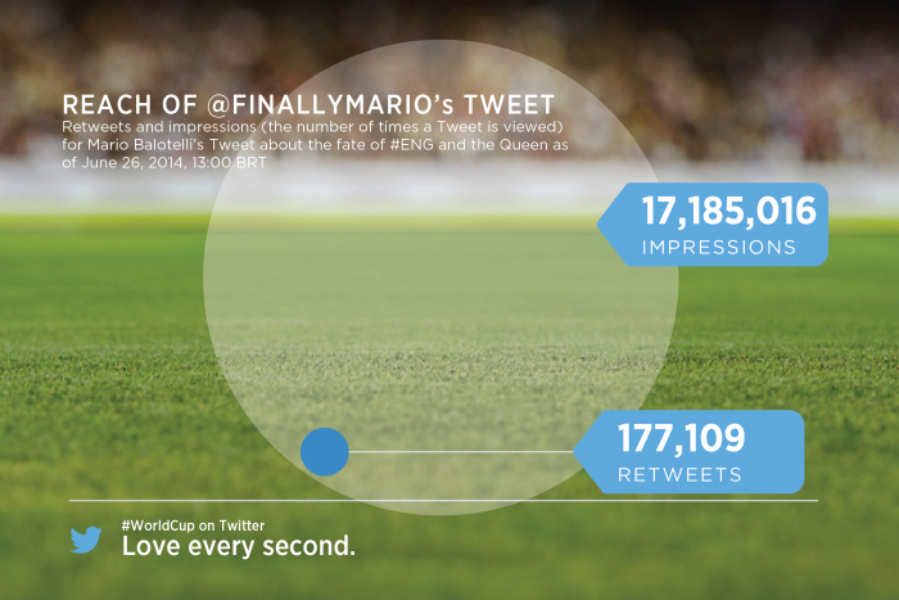 The thrilling action will continue as the World Cup enters the knockout stage. To see the latest insights about the conversation on Twitter, follow @TwitterData and @TwitterSports.