When news breaks live, Twitter is the place where we go to share our own reactions to the news and see what others have to say about the event, in real time. Today’s press conference was no exception. During the announcement, the conversation and reaction flowed on Twitter from sports reporters and news organizations, current and former players, team owners, avid fans and observers.

From the scheduled start of the live press conference at 2:00 p.m.-3:00 p.m. ET, there were over 1.3 million Tweets sent about the rapidly-unfolding story. The TPM peak of 37,960 came as Twitter reacted in the minutes after Commissioner Silver announced the lifetime ban of Donald Sterling from the game.

And this is how the news spread around the world, in this map of reaction in the moments after the ban was announced (click image to see it animate): 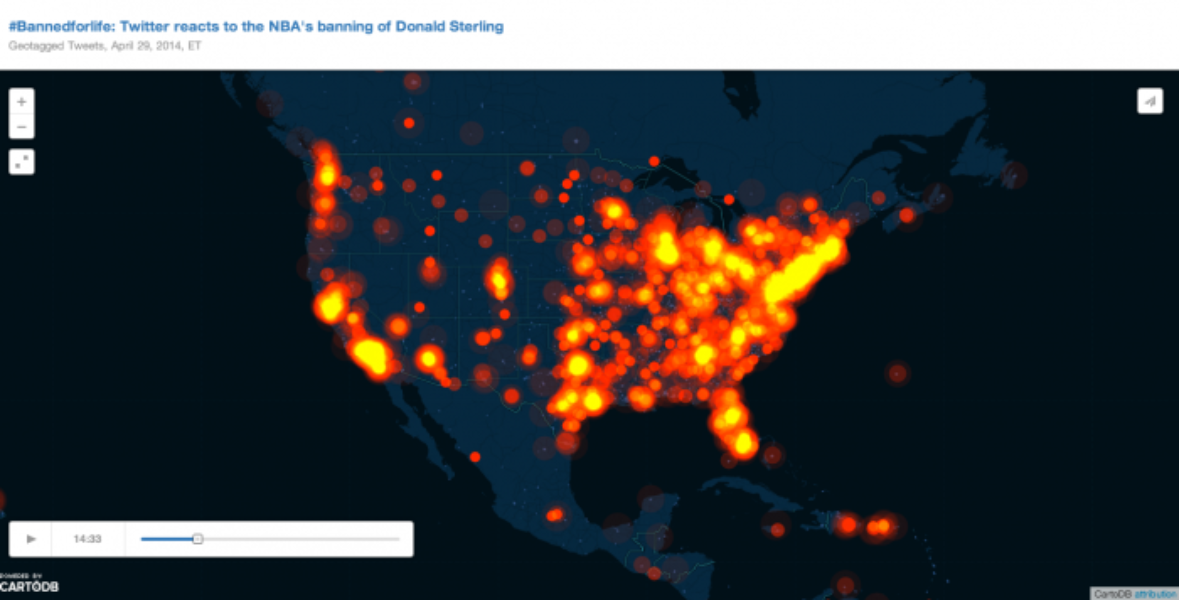 Before, during and after the press conference, Twitter revealed an overwhelmingly positive response to the NBA decision. Here’s a custom timeline highlighting some of the reaction: