From the opening ceremony to the final medal count, #Sochi2014 games will dominate the Twitter conversation. How can you see and interact with millions of Tweets — the athletes, audience and experts tweeting about every win and medal?

We’ve produced some visualizations, each of which can be easily shared online and embedded on websites.

Where in the world is the conversation?

The games are a global phenomenon. This map, which will be updated every day shows exactly where that real-time conversation is taking place.

This link will always take you to the latest map, created with @Datawrapper. It can be embedded by clicking ‘embed this chart’ on the map itself. Alternatively, click the top right-hand corner to view it in fullscreen.

Each day, millions of real-time images are shared across Twitter. This photo grid, created by our visualization scientist Nicolas Belmonte, will show a selection of the most-shared images on Twitter every morning. 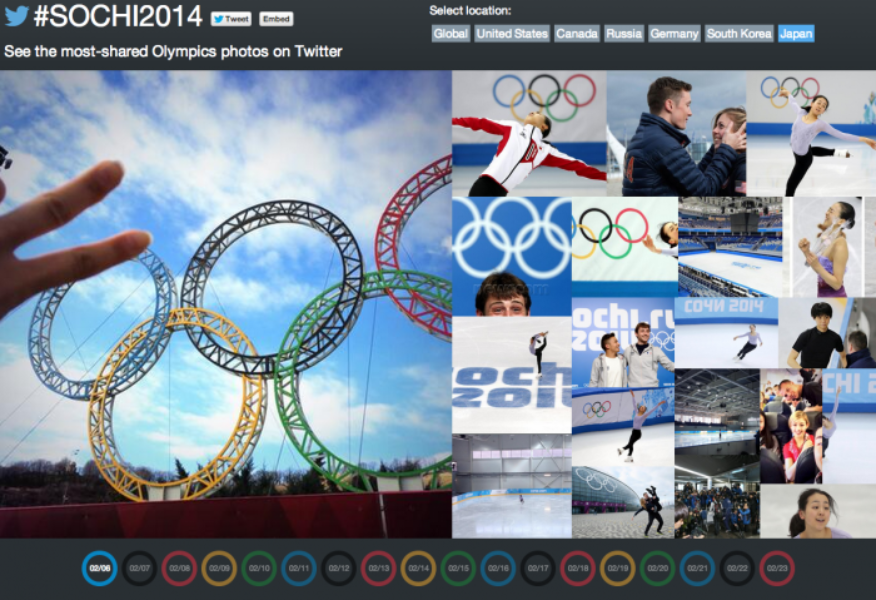 The image defaults to the world’s most-shared images. Click the country buttons and you can see the most-shared images from a selection of countries. Each of these links will always take you to the page for that country:

And if you want to embed it on a website, click ‘embed’ to get the iframe code.

Many of the world’s top athletes competing in #Sochi are on Twitter, and often follow each other. This visualisation, created by our staffer Isaac Hepworth, shows the mutual follows of nearly 700 Winter Olympians. 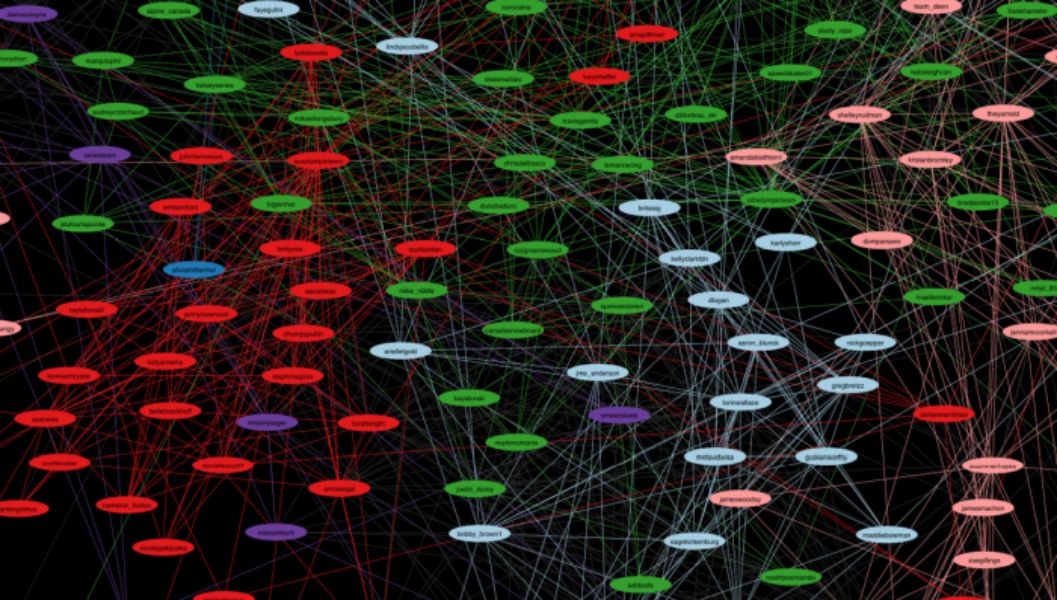 Click image above to explore the big, zoomable version of this image

See how the Australian and UK teams are intertwined, for example, and how the Netherlands team is less connected to other countries.

Tweets from the Opening Ceremony

The conversation about the Olympics isn’t just interesting in the aggregate; individual Tweets offer a great close-up glimpse into Sochi. During today’s opening ceremony, Olympians are sharing their views of the pageantry in Fisht Stadium:

We’d love to know what you are doing with Twitter data around the Olympics. Tweet us at @TwitterData.