To promote the midseason return of The Walking Dead (@WalkingDead_AMC), AMC partnered with @iTunesTV to host a Twitter Q&A with star Norman Reedus (@wwwbigbaldhead) right before the show aired on Sunday.

With its 9 p.m. start, the show was up against the Olympics in primetime. Prior to the new episode, AMC programmed a marathon of the previous season during the day. Then the scheduled chat created buzz for the half hour leading up to the premiere. The Q&A was within the Nielsen Twitter TV Ratings (NTTR) window, helping to fuel 1.24 million Tweets about the show seen 68.4 million times by 526,174 people. This made it the night’s top program, according to the NTTR from Nielsen SocialGuide (@Social_Guide).

The Q&A was moderated by @iTunesTV, where The Walking Dead was one of the top downloaded shows in 2013.

To build interest, Reedus and @iTunesTV tweeted out announcements of the Q&A session a week ahead, asking fans to tweet questions with the hashtag #AskNorman.

@AMC_TV and @WalkingDead_AMC also sent out Tweets promoting the Q&A. In addition, early on Sunday, AMC touted the Q&A in a lower-third promo on screen: 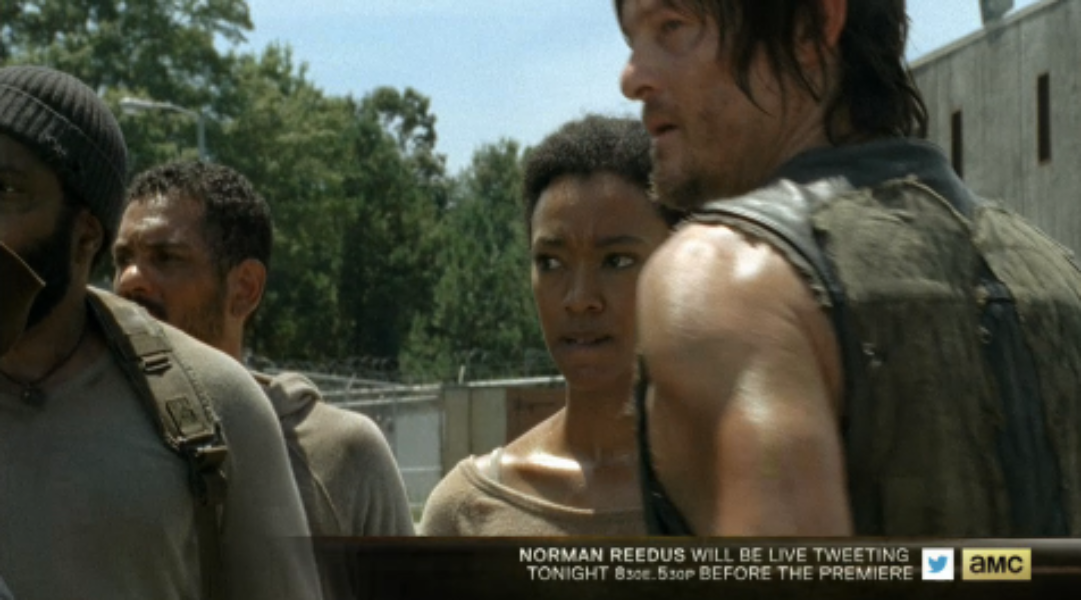 @iTunesTV gave fans a heads-up 15 minutes before Reedus was ready to start:

Having picked the best #AskNorman questions that had come in the past few days, @iTunesTV sent them out, including the username of the who asked the question along with the question and hashtag:

That simplified the process for Reedus to tweet back at @iTunesTV and the fan with his answer, but of course with a period at the beginning of the Tweet so everyone could see:

@iTunesTV and @WalkingDead_AMC retweeted Reedus’ answers throughout the course of the chat.