Few of us have as much to be thankful for as Mac and Cheese, the two Turkeys receiving a pardon today from the President of the United States. On an otherwise tough week for turkeys across the country, these two birds are competing for the historic title of National Thanksgiving Turkey — and it’s happening here on Twitter.

This year, The White House (@WhiteHouse) is letting you vote exclusively on Twitter to decide which turkey will take the crown. Voting is currently taking place and will conclude at 1 p.m. ET, followed by an announcement of the winner from President Obama himself.

Twitter voting cards make it easy to vote directly within a Tweet. You may have seen LeBron James use this technology recently. Here’s how The White House used a voting card in their Tweet: 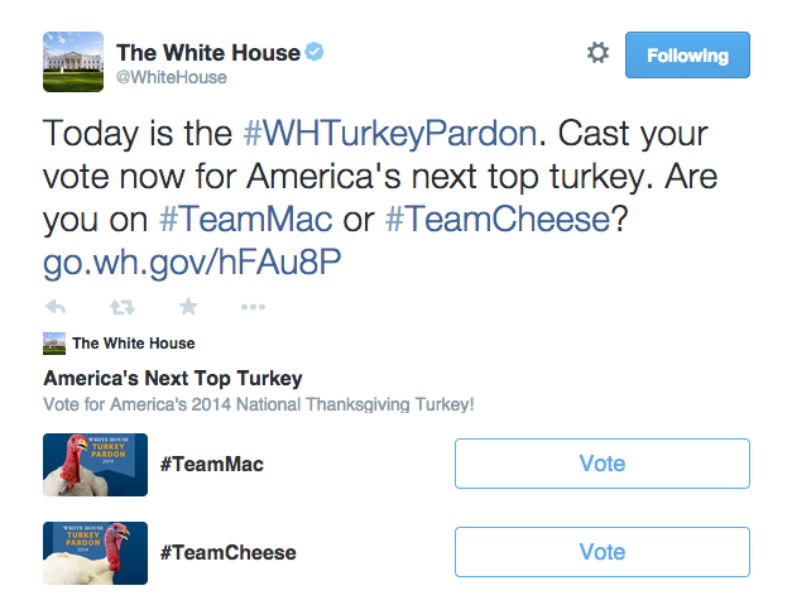 To best inform your voting decision, The White House has also provided some crucial information about both Mac and Cheese on their blog. 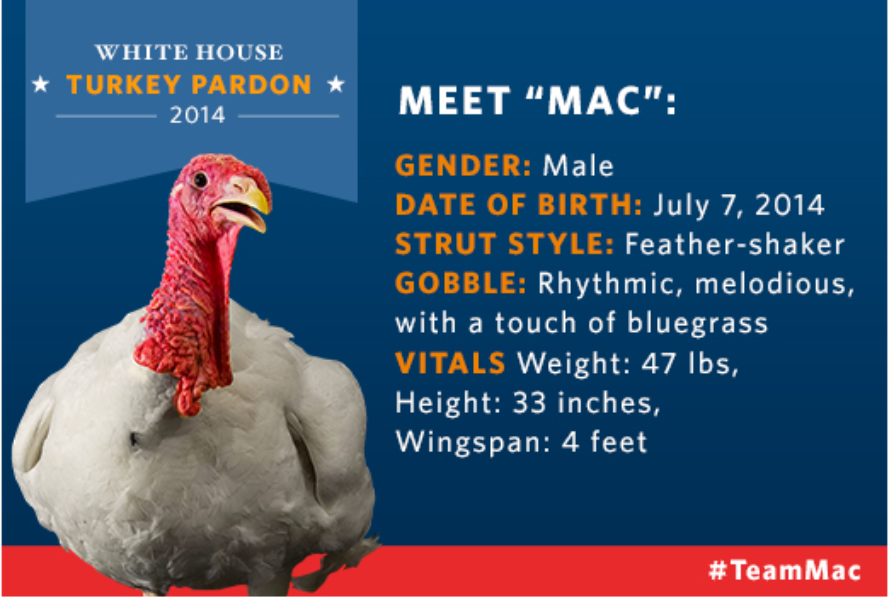 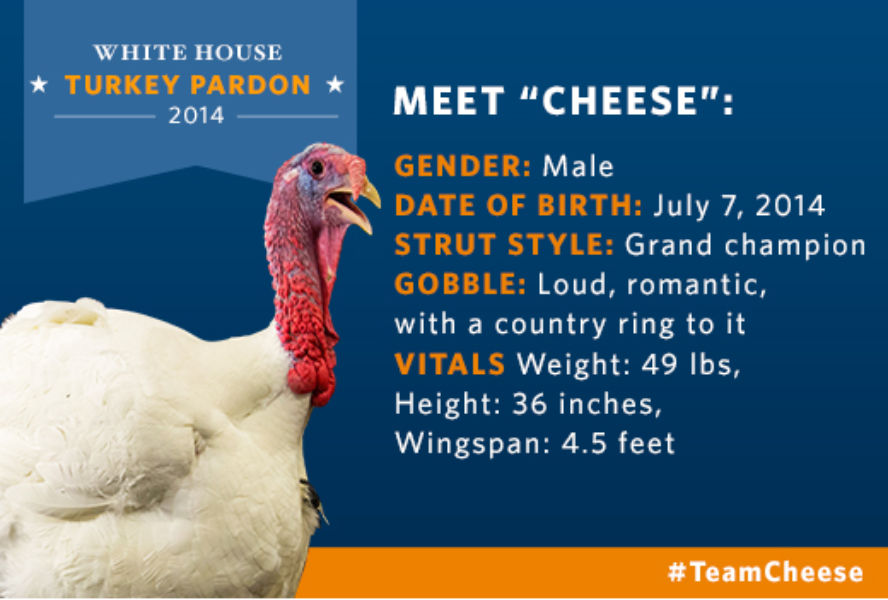 The victor will be announced via @WhiteHouse at 2 p.m. ET, or you can tune in and watch it happen live.