This Sunday, the biggest names in music will come together for a night of star-studded performances at the 2014 American Music Awards (@TheAMAs). And as musical A-listers make their way to Los Angeles, the #AMAs party is off to an early start on Twitter.

Here are a few ways you can join the #AMAs party on Twitter and go behind the scenes with your favorite nominees at Nokia Theatre Sunday night.

The power of fans on Twitter
This year, fans and Twitter followers can vote for their favorite #AMA nominees to help choose which artists will win big at this year’s show. Ahead of the awards, we teamed up with Dick Clark Productions (@dclarkp) to debut a set of custom Twitter Cards so that viewers and music fans can cast their votes for the final five Artist of the Year nominees directly on Twitter. With just one Tweet, you can make your voice heard and shape the outcome of the big Sunday night show.

To date, thousands of fans have cast their votes. And nominees are also turning to Twitter to rally votes and reach out to fans ahead of the show:

#AMAsFanArt
These musical performers are also keen to give back to their Twitter fans and followers. This weekend, music fans can submit original art of their favorite nominees via Twitter. The stars will review and select #AMAsFanArt submissions and Tweet out digitally autographed copies of their work. To enter, Tweet your art to @TheAMAs using #AMAsFanArt.

A few submissions from talented fans that have already come in:

Tweets from the #AMAs Red Carpet
You can use Twitter to keep up with all of the AMAs fashion on and off the red carpet. Sunday evening, @TheAMAs will station a special Twitter Mirror and Vine 360 Booth alongside the entering performers and attendees. Follow @TheAMAs for exclusive selfies and six-second videos of the night’s best looks.

The #AMAs buzz on Twitter
We took a look at which tracks and nominees have seen the most buzz on Twitter this year, since there’s a 24x7 music party happening on Twitter, and music fans don’t go a day without talking up their favorites.

Among U.S. users, here are the top five most tweeted-about Single of the Year nominations: 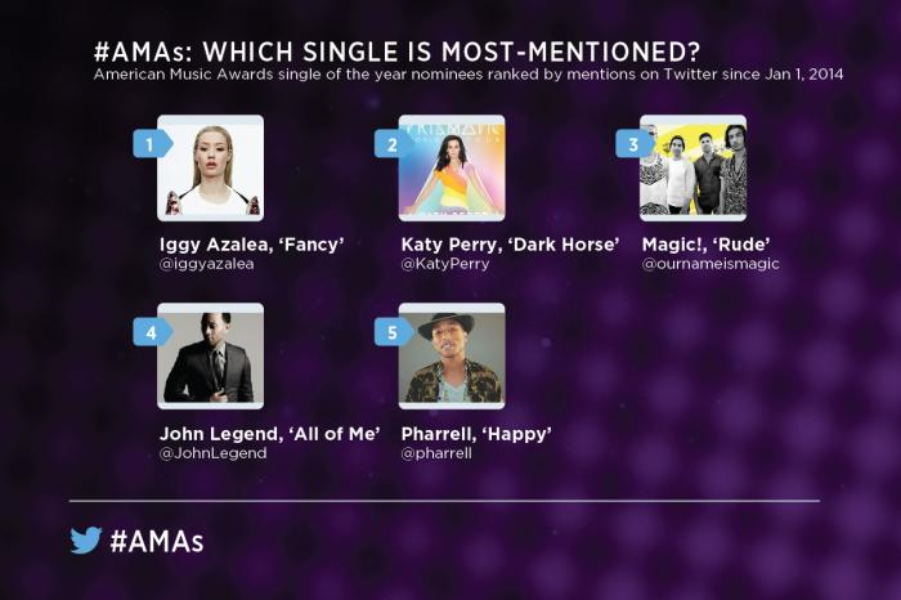 And here’s a visual of the most-followed AMAs nominees on Twitter: 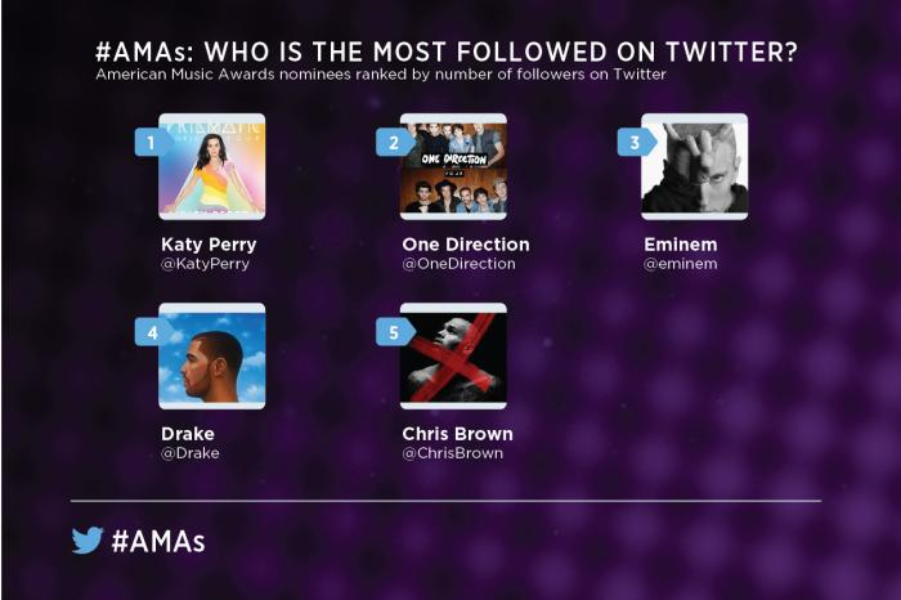 And here’s an interactive map showing this year’s most tweeted-about Artist of the Year nominees, according to geo-tagged Tweets from U.S. music fans. In short: @Beyonce and @OneDirection dominated music conversation in 49 states, and Kansas is all #KatyCats for @KatyPerry. 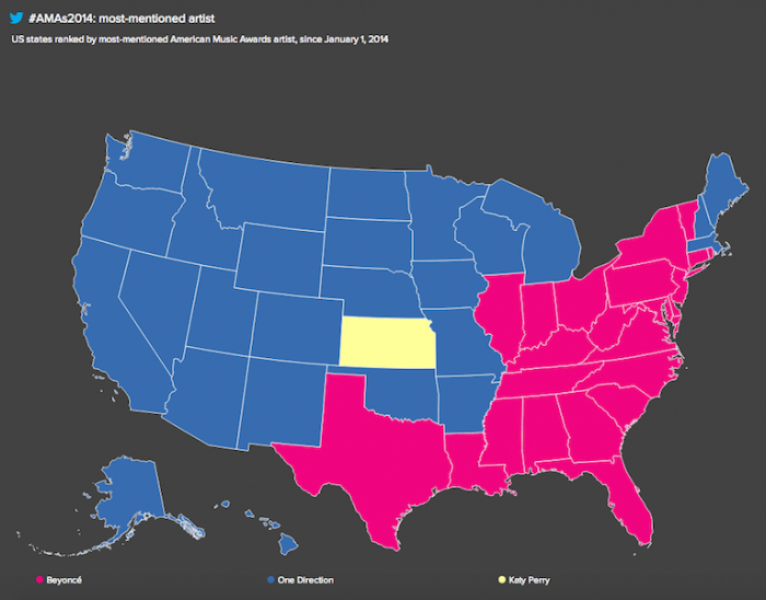 Don’t miss a minute of the AMA awards action on Twitter this Sunday. Celebrate with the night’s nominees and follow #RoadtoAMAs for behind-the-scenes access to your favorite music stars.