With three days to go before the 2015 GRAMMY Awards on Sunday, Feb. 8, @TheGRAMMYs are taking this year’s music celebration straight to your Twitter timeline.

Back in December, the Recording Academy worked with over a dozen music influencers to Tweet out personal videos to officially announce nominees for the 2015 GRAMMY Awards. Music fans celebrated with every nominee in real time as nominations trickled out exclusively on Twitter.

This week, the celebration continues as Twitter brings you closer to an action-packed weekend with your favorite GRAMMY-nominated artists.

We’ve been tracking the #GRAMMYs buzz on Twitter since nominations were announced on Dec. 5. Here’s a closer look at which nominated songs garnered the most buzz on Twitter from December to February. 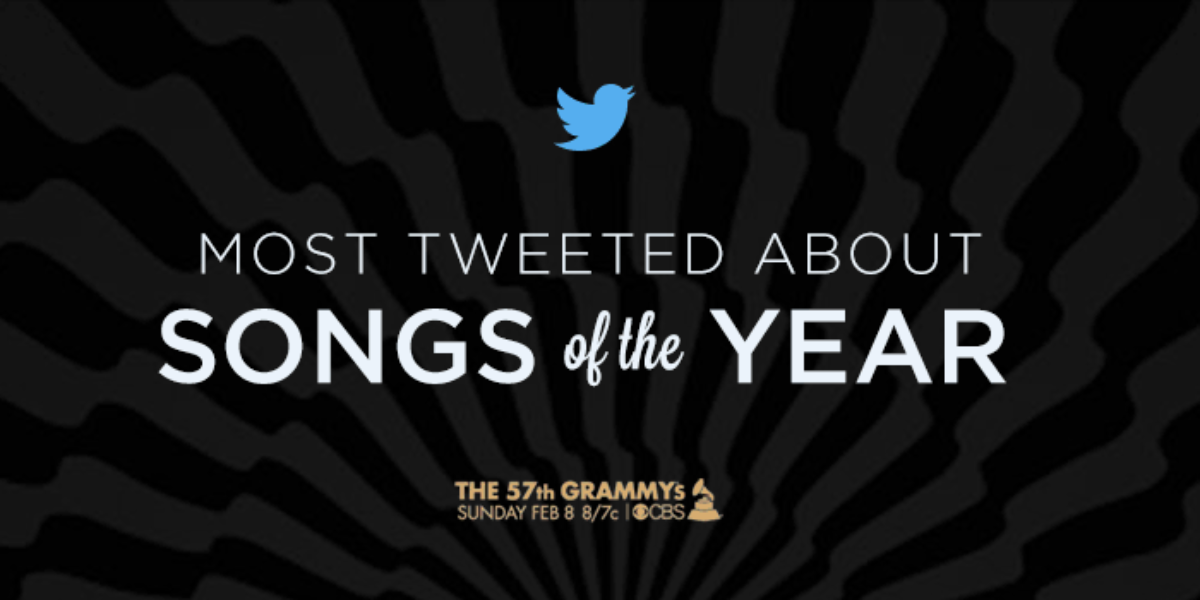 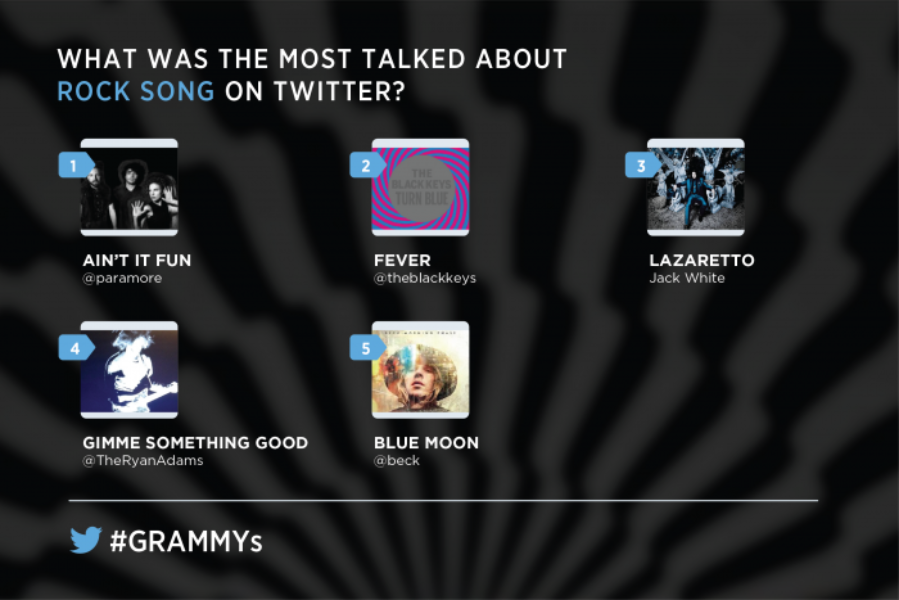 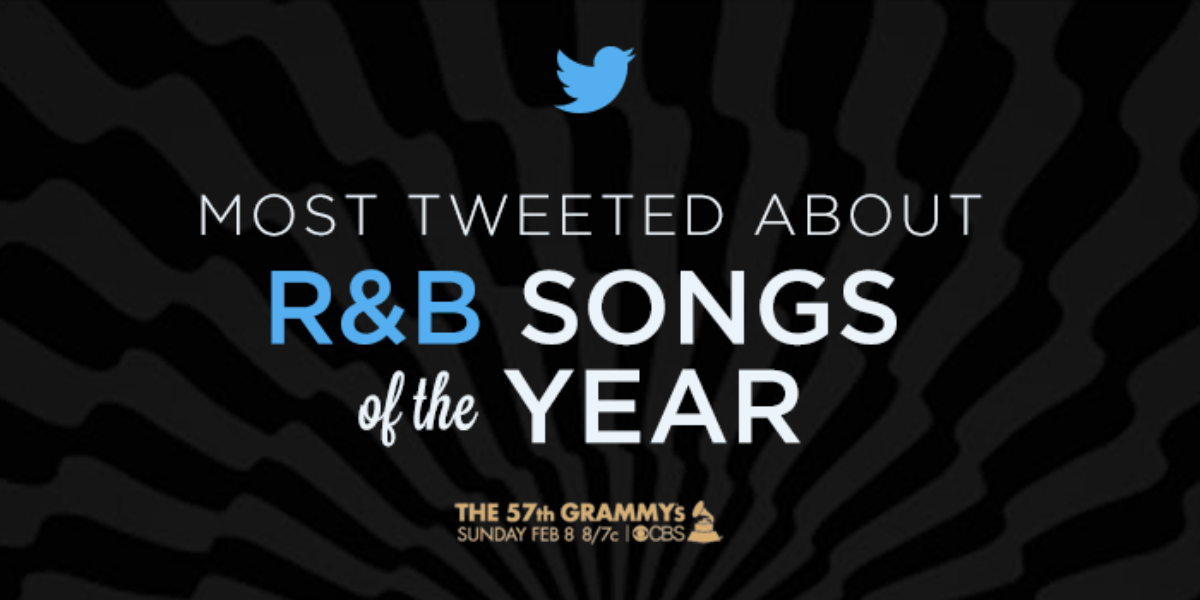 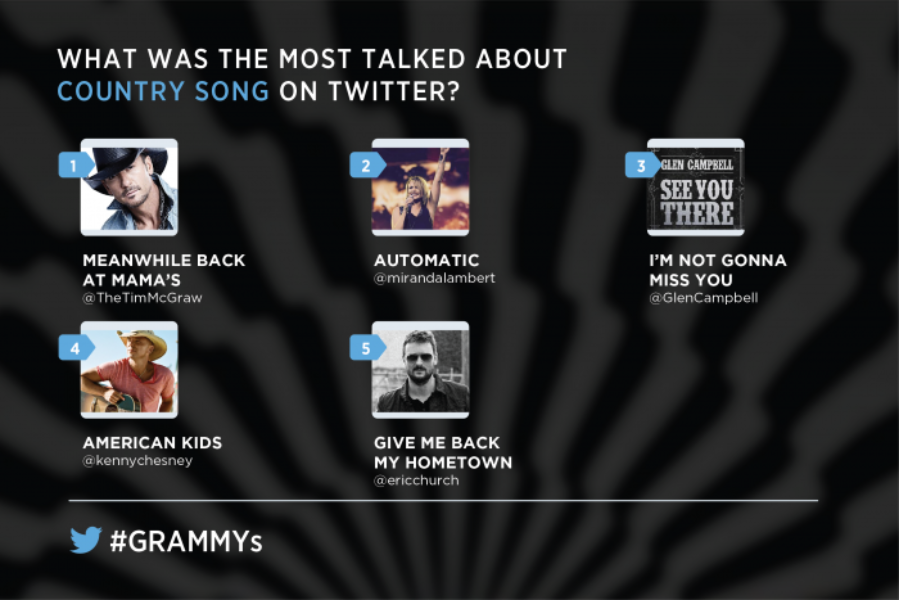 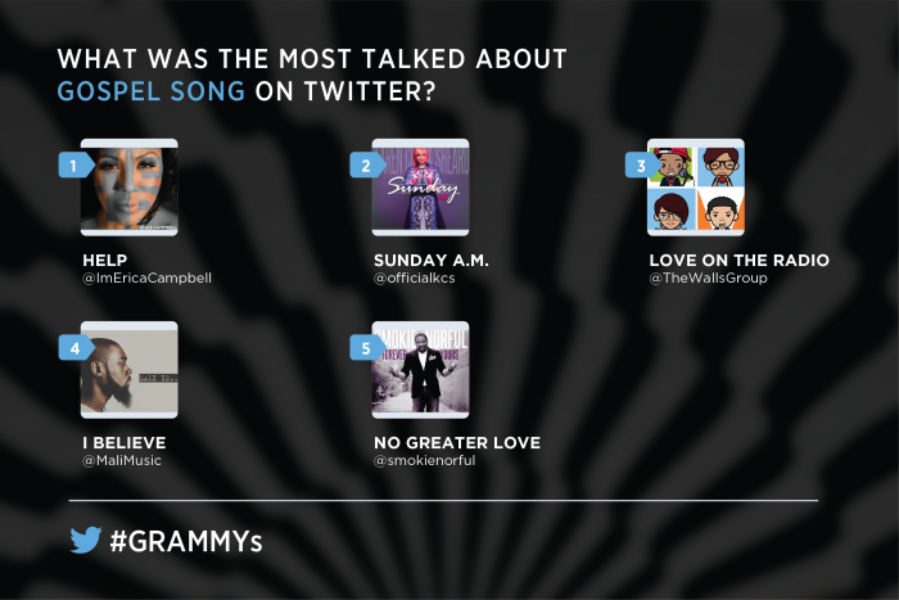 And here are the top five most-followed nominees: 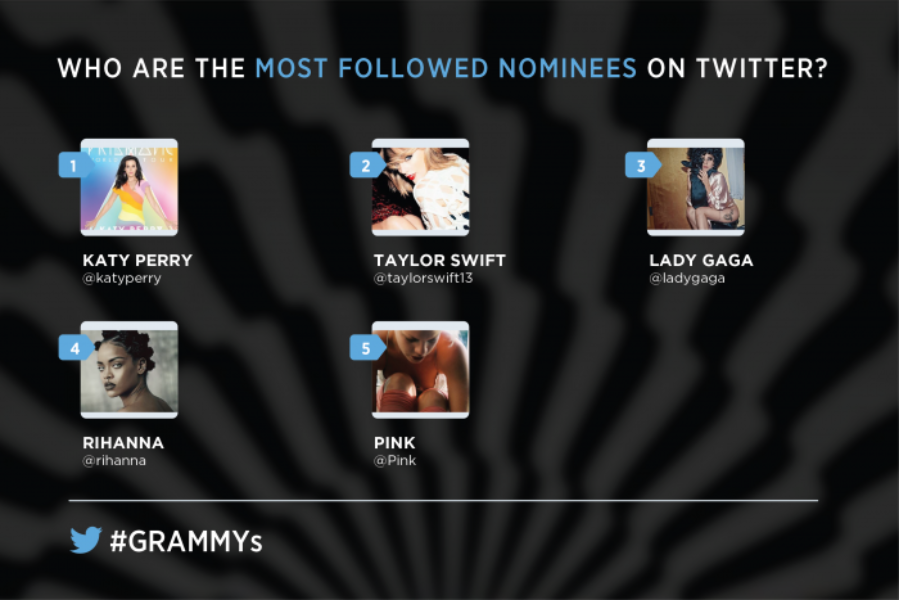 Since people from around the world use Twitter to discuss their favorite music genres, we created a map to show you which genres dominate music conversation across the globe on Twitter. This map shows the most Tweeted-about music genres, according to geo-tagged Tweets sent by music fans after GRAMMY nominations were announced. Rap, pop and Latin music are three of the world’s most popular music genres.

We also took a look at some of our most-followed GRAMMY nominees and compiled a list of their biggest moments on Twitter from this past year. Here’s a snapshot of your favorite artists’ most Tweeted-about moments: 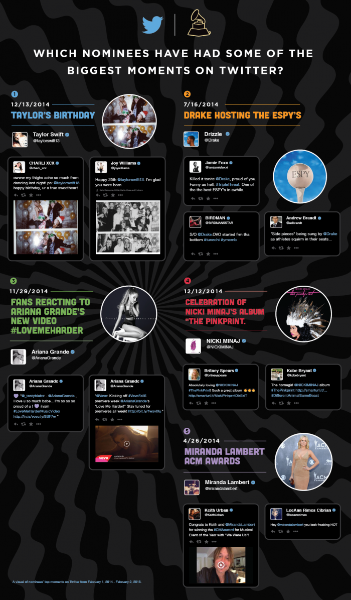 @TheGRAMMYs has a handful of surprises in store for music fans planning to tune in and join the #GRAMMYs party on Twitter.

The Recording Academy will feature three Twitter Mirrors at this year’s show, and one will Tweet exclusive red carpet photos from @AccessHollywood while artists make their grand entrance into the arena. @TheGRAMMYs will use the other Twitter Mirrors to capture backstage VIP photos of nominees and celebrities.

@PeopleMag will also be on the red carpet with a special Kicks Cam that will capture real-time six-second Vine videos of celebrities’ red carpet shoes.

Throughout the weekend, Twitter will be your VIP pass to all of the exclusive pre-GRAMMY happenings and events in Los Angeles

@ImCharlieWilson and @Usher will host the first Q&A today at 1 p.m. PST.

Tomorrow, there will be a Twitter Mirror on the red carpet at @MusiCares’ benefit gala. And on Saturday night, the man with golden ears (@CliveDavis) will feature a GIF mirror at his annual pre-GRAMMYs gala. Legendary artists and Hollywood notables are sure to attend both events so follow @TheGRAMMYs to keep up with your favorite stars ahead of the show.

On Sunday night, join @TwitterMusic behind the scenes at this year’s GRAMMY Awards and don’t miss a minute of the action as artists arrive in L.A. for their big night @STAPLESCenter.