The brand, the agency and the existing #CreativeFavorite
In 2013, home improvement giant Lowe’s (@Lowes) and its agency @BBDONY nabbed the inaugural #CreativeFavorites spotlight with their #lowesfixinsix campaign, a Vine series that gives consumers useful information to improve their lives and their homes via six-second videos. Since its launch 2.5 years ago, the campaign has become a digital hit, amassing more than 43 million loops on Vine.

“That means people have spent tens of thousands of hours with our branded content, learning from and being inspired by @Lowes,” says Bob Estrada, EVP, Senior Director, Digital and Emerging Media at BBDO NY. “We now know that if it works on Vine, it’s content that will make a strong impression for the brand with consumers in other places where we run video, including in-store.”

“Vine launched at a perfect time when consumers were watching more video on smartphones and were hungry for short-form content,” says Estrada. “We saw brands experimenting on Vine, but we like to come up with a big idea before we take on a new platform.”

At its core, that big idea is pretty simple: couple utility with entertainment. That can mean putting a new spin on a simple caulking how-to:

Or highlighting a winter driving tip with a wink to pop culture:

Or sharing a time-saving Halloween hack:

As Vine and its features have evolved over the past couple of years, so has the creative and production approach that @BBDONY takes.

“At the beginning, the series was pretty lo-fi because you had to shoot things in one take; so you had what you had and you published,” says Mike Sweeney, Senior Creative Director. “Then drafts were introduced, editing, the ability to add effects. And now audio is a focus. So while the campaign core idea and strategy always hold constant, the evolution of the platform has opened new doors for us creatively.”

Which brings us to how the agency reverse engineered the Vine campaign for the real world.

The strategy
To drive awareness around the arrival of its first Manhattan stores, @Lowes wanted to make a big splash in a uniquely New York way. The @BBDONY team began zeroing in on the things the Big Apple is well known for. The most intriguing idea? Integrating the city’s iconic Christmas window displays with a concept they knew Lowe’s customers already love: Fix in Six.

“It was exciting to think about how to take a big hit in the digital world and turn it into an analog experience,” says Molly Adler, Senior Creative Director. “We wanted to bring the Vine campaign to life for Manhattanites but adhere to all the things that make Fix in Six so successful in the first place. That meant somehow replicating in the real world the best practices we’ve learned over two years from Vine.”

The creative
@BBDO partnered with @SpaethDesign, a firm that designs Christmas windows for retailers like Macy’s and Saks Fifth Avenue, to create live Vines for the windows of the new @Lowes in Chelsea. It turns out the team behind a live Vine needs to be much larger than the one creating a Vine video. Every aspect of a live Vine required different specialists, including miniature set builders, character designers, 3D modelers, software engineers to program separate computers that powered the motors behind different movements, and even a tailor who made clothes for the figures acting out the live Vines.

WATCH: Go behind the scenes with @BBDONY to find out how @Lowes created live Vines in this new #CreativeFavorites https://t.co/oSc309Q5bS

“The core to the creative on Vine is the simplicity,” says Adler. “Vine forces brands to get very pointed about the message they are getting across in six seconds. So the tips that we decided to bring to life had to be relevant for Manhattan residents living in small spaces. Our creative team, Carolyn Davis and Matthew Page, really spent a lot of time figuring out how to bring these to life.”

One live Vine demonstrates how to hang a bike from a ceiling to save space. Another illustrates how painting walls a light color makes a room feel bigger. 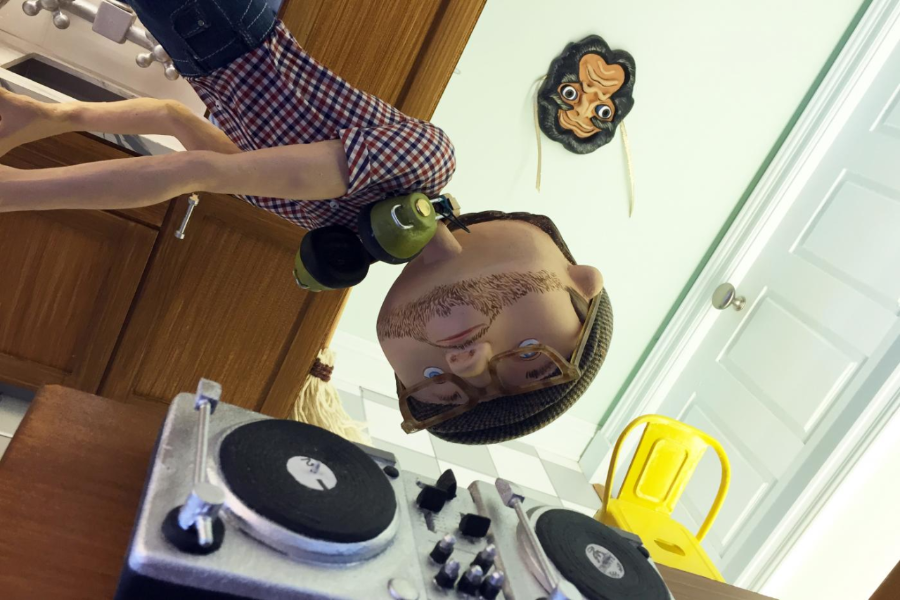 “Anything can happen in a normal Vine, thanks to special effects,” says Sweeney. “But in the real world with live Vines, you have to live by the laws of physics. All the engineering, design and characters needed to be perfect. We had to come up with ideas that could be executed in real time using motors and figurines, props and sets. And all the moving parts had to withstand hundreds of thousands of revolutions. But we let our engineer worry about that.”

After two months of work, the team placed the finishing touch: analog buttons on the outside of the windows so people passing by could actually “like” them. To unveil the windows and bring the experience to consumers beyond NYC, the team used Periscope.

“When they went live, we did a live stream with Periscope from in front of the Chelsea @Lowes and interviewed one of the engineers who designed how it all worked,” says Tyler Harris, Account Manager. “Periscope was the perfect tool to create a real-time look at the experience and to bring Fix in Six Live to people who couldn’t see it in person.”

The results
Over the course of the three weeks that the live Vines looped in the @Lowes windows, almost 30,000 people physically hit the “like” buttons. There were thousands of social media uploads, which generated 13.7 million impressions.

“When people watch your work on Vine on a phone, the only way you know how they feel about them is if they like and comment,” says Adler. “For the first time, we got to see those reactions in real life. We got to see that even if someone didn’t hit the button or take a photo, they walked away with a smile.”