True Beliebers know they can get the best of @justinbieber on Twitter, and today they have 13 different ways to express their passion. Bieber, the second most-followed person on Twitter, has launched a custom emoji for each track of his upcoming album, “Purpose.” 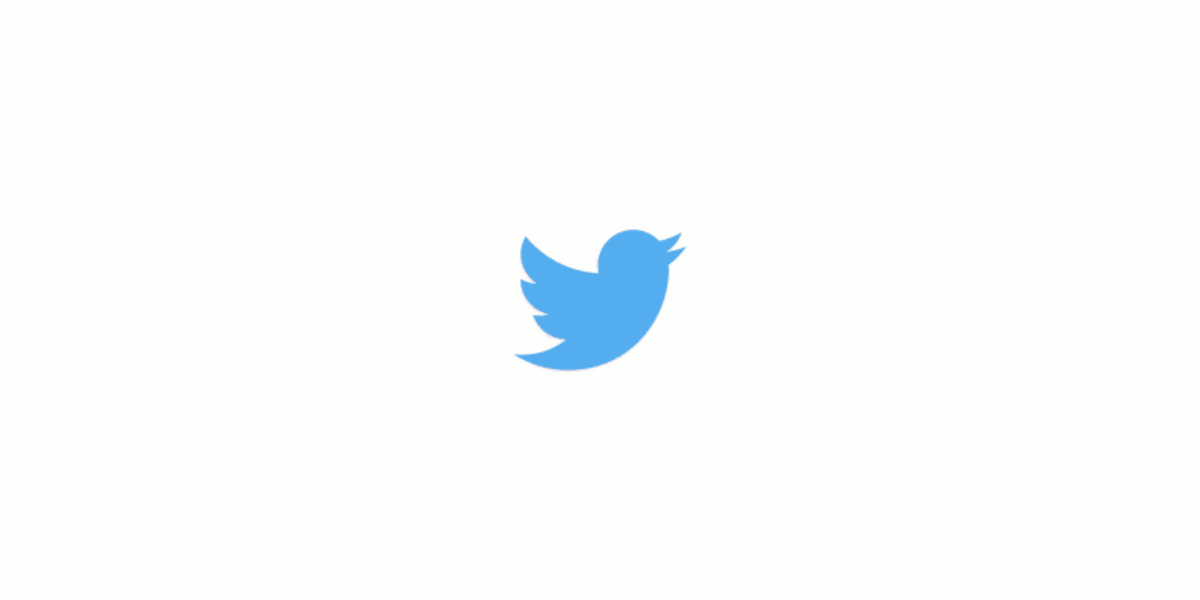 The emojis were just unveiled during a “Purpose” listening party on Twitter, where Bieber invited his fans to press play on the album and answered questions via a Q&A. As they enjoyed the new tracks, they could unlock custom emojis by Tweeting the relevant hashtag. 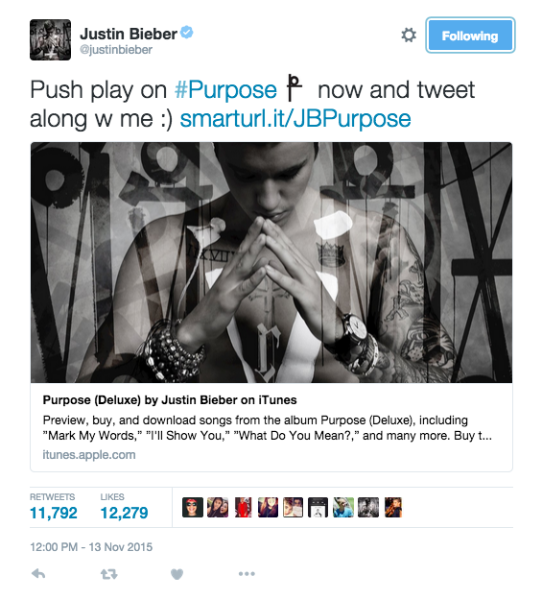 Emojis are one of the many ways that fans have enjoyed special moments with Bieber on Twitter. His followers are regularly surprised with exclusive content, announcements, and even personal Direct Messages. Let’s look back on some of the other unique ways fans have been able to enjoy @justinbieber.

On Oct. 30, Bieber released his “Hotline” remix by Tweeting a number for fans to call and hear the new track:

Before “What Do You Mean” was released, he revealed the lyrics by sending lines from the song to 49 of his super fans via personal direct messages, along with a clock, each showing a different time. As fans Tweeted their ecstatic surprise and shared it with their followers, they collectively pulled together the song by using the time on each clock.

Bieber also recruited some of his more high profile supporters to count down with him and his fans to the release of “What Do You Mean,” leading to a very high profile party on Twitter:

As a live, conversational, and public platform, Twitter connects artists directly with their fan communities — and now more than ever, stars can share with followers in creative ways beyond a single Tweet.