Didn’t get an invitation to attend tonight’s State of the Union (#SOTU) address? In fact, very few did. But you can experience the President’s speech, the Republican response and what goes on behind-the-scenes with Twitter.

Even better, you don’t have to wait until 9pm ET to experience the Twitter buzz around this year’s address. It’s already begun. Before, during and immediately after the speech, you’ll find instant reactions from elected officials. With 100% of the Senate, 98% of the House, all 50 governors and a majority of the U.S. Cabinet on Twitter, expect lively debates all across the country.

Many members of Congress are already responding to the President’s policy proposals, offering stories about their guests this evening, and inviting constituents to participate in a conversation afterwards:

Using the Twitter audio card, Vice President Joe Biden (@VP) shared a preview of this year’s SOTU and why you should tune in. 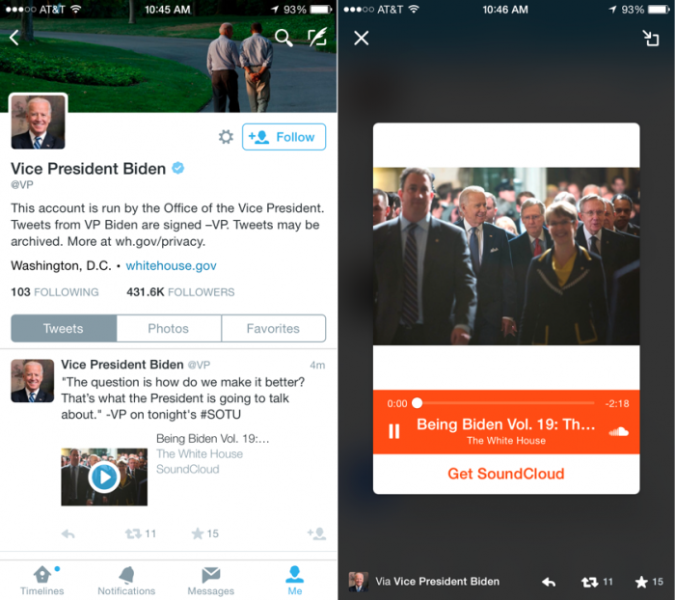 Later today, before President Obama takes the podium, be sure to follow @WHlive for a behind-the-scenes glimpse at the special guests of First Lady Michelle Obama (@FLOTUS).

As the #SOTU speech unfolds, the White House (@WhiteHouse) will be Tweeting memorable moments, including photos, videos and infographics. They have also created a dedicated site with enhancements so that you can follow the speech and engage on Twitter.

Whether you’re watching key moments in the speech, searching for instant feedback or helping to shape the debate and reaction, Twitter will be your host throughout the evening.