A group of performers in San Francisco while on tour with the musical “The Book of Mormon” spent the afternoon teaching dance steps and the song “Joyful, Joyful” from “Sister Act The Musical.” The cast members didn’t have to convince the kids to get up and move. They were all ready to join in the fun and celebrate. 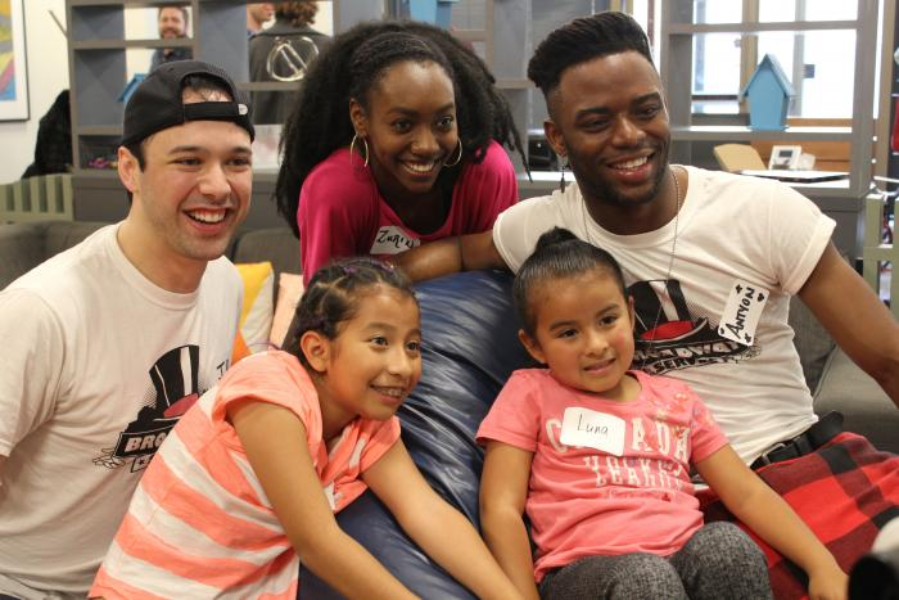 The troupe, currently in the middle of their show’s run, reached out to Compass Family Services and asked to volunteer on any project that needed to be done; painting, cleaning or organizing. But Compass Volunteer Coordinator, Aram Hauslaib, thought it made the best sense to round up as many Compass kids and organize this unique opportunity. And the Twitter NeighborNest was more than pleased to host.

The actors are all part of Broadway Serves — an organization of theater professionals who volunteer in the communities they visit while on tour. Broadway Serves is also an affiliate program of Broadway Cares/Equity Fights AIDS which, is a major-grant giving organization supporting social services addressing AIDS/HIV and other health issues.