While elite fashion insiders flocked to the streets of New York this week to attend runway shows, presentations and after parties, the rest of the global fashion community joined in, too. They experienced the latest looks, front-row celebrities and backstage action, thanks to Twitter.

Many of the celebrities, designers and editorial influencers who chimed in during the week were part of our #fashionflock. Each member was equipped with a customized @mophie juice pack to keep them powered throughout their Tweeting adventures, as well as @LadureeUS macarons featuring a Twitter bird. Here’s what some folks shared:

Throughout the week there were more than 1.1m Tweets sent pertaining to #nyfw, and many of those Tweets included creative uses of Twitter that brought the runway show experience to the world.

@TommyHilfiger stationed a Twitter Mirror backstage at his show, and models and others snapped photos that were tweeted out in real-time:

The American Heart Association’s annual Red Dress Collection sent celebrities down the runway at Lincoln Center and straight into a backstage Vine booth. Capturing multiple stars including Today show’s @HodaKotb, Orange Is the New Black’s @Lavernecox, and singing sensation @FifthHarmony, @GoRedForWomen collaborated with @Glamourmag to share the Vines with fans and raise awareness about heart disease.

Other shows were buzzworthy, too. Here are the most tweeted-about shows from the week:

People were able to keep up with the latest trends from each show, thanks to the many Tweets with photos and videos shared throughout the week. Here are some buzzworthy photos sent from the #fashionflock:

We were also curious how Fashion Week unfolded in the epicenter of it all: New York City. Here’s a heat map that shows how and when New Yorkers woke up to fashion each day of #NYFW. 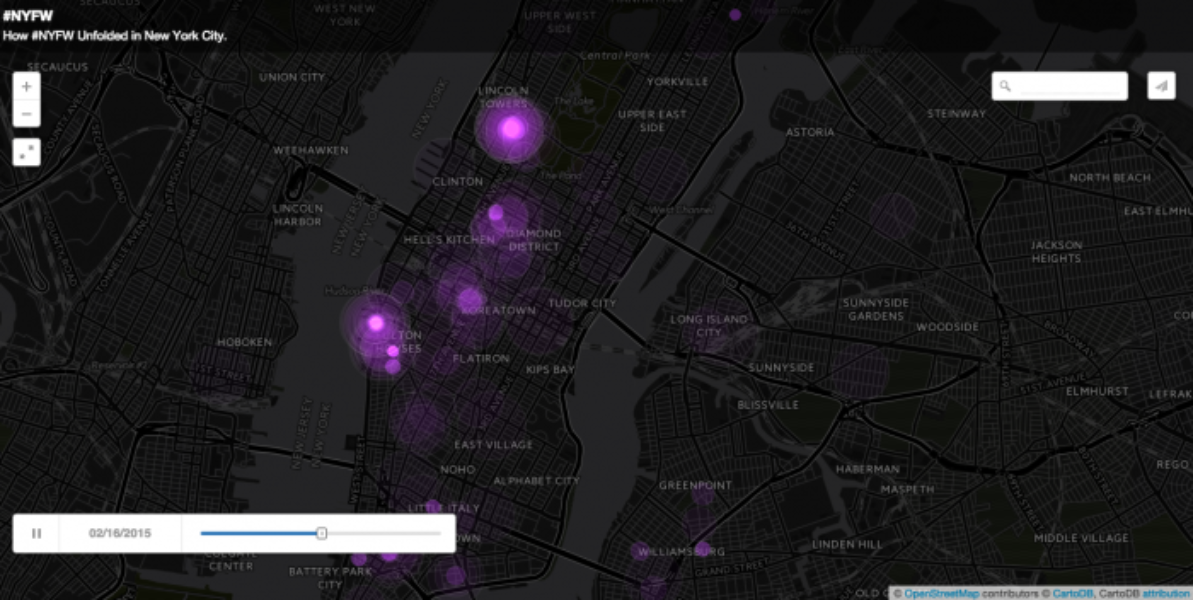 We will leave you with a selection of noteworthy Tweets from our #fashionflock and others that helped bring New York Fashion Week to the world.