The @NHLBlackHawks defeated the @TBLightning 2-0 to capture the #StanleyCup in six games, capping a finals packed with top Twitter moments on and off the ice.

Chicago turned to Twitter to celebrate with their fans:

Athletes joined in on the convo:

Of course, fan reactions on Twitter help tell the emotional impact of the #StanelyCup. The #MyPlayoffsMoments hashtag was used early – and often – to capture cheers, jeers and plenty of photo and videos memories.

Ultimately, the @NHLBlackHawks fan reactions told the true story as their team captured their third #StanleyCup title in six years.

Twitter was once again the best source for real-time reactions and game highlights. This year also marked our first Stanley Cup Final Amplify program, where followers of @NHL were treated to top-quality highlights of the best #StanleyCup moments, presented by Scotiabank (@ScotiaHockey). Check out this collection to see some of the best @NHL highlights and other videos from the series, such as this great highlight:

These were the most-mentioned players on Twitter during the series.

And this data visualization below shows how fans around the world Tweeted about the Blackhawks over 590,000 times during game 6. Notice the peak as time expired: 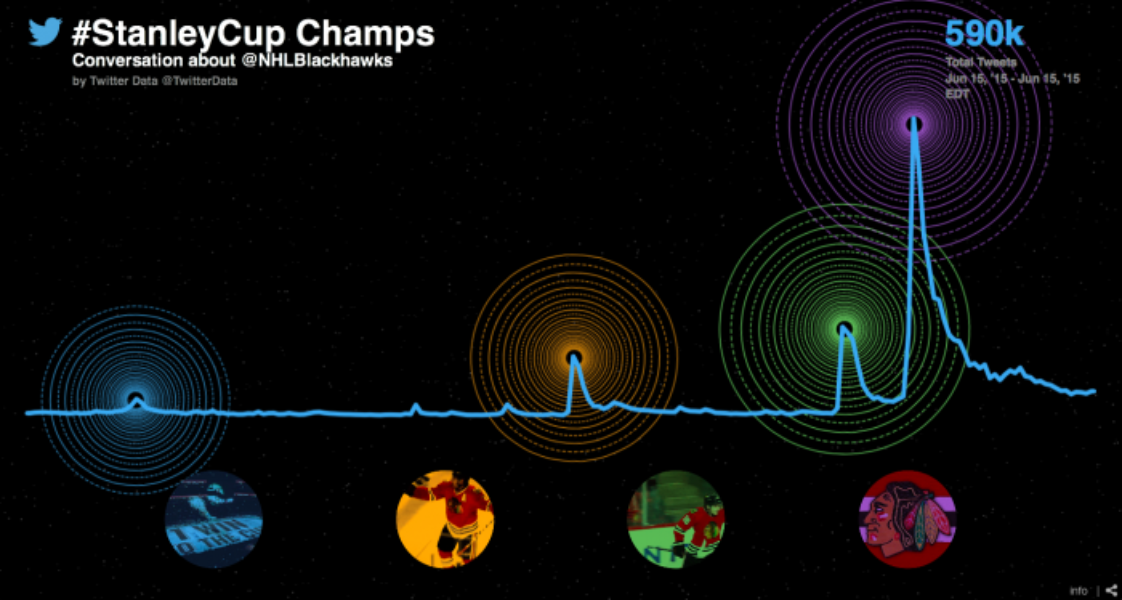 Click on image to interact with the data viz

Congrats to @NHLBlackHawks for their continued greatness on the ice – and, of course, on Twitter.