This year’s Teen Choice Awards (@TeenChoiceFox) have garnered millions of viewers’ votes on Twitter for their favorite movies, TV shows, music artists, athletes, and stars. Tonight, they turned to their TVs and Twitter streams to celebrate the results and react to the show in real-time.

The #TeenChoiceAwards hashtag was trending throughout the night. Here’s an interactive Reverb that shows how it unfolded minute by minute during the East Coast airing: 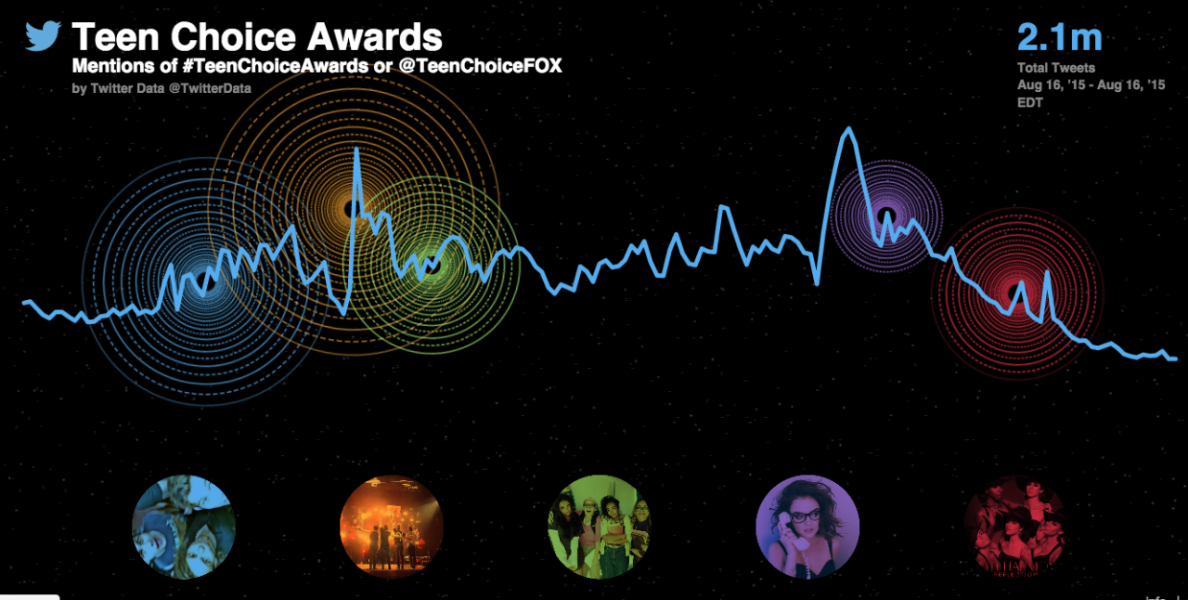 Viewers Tweeted reactions and followed the biggest moments. Here are the ones that sparked the most conversation:

Throughout the night, stars captured fans’ attention as they took away their surfboards. The most buzzed about celebrities included:

Several nominees, winners and attendees shared their best rendition of the “Nae Nae”:

Rita Ora took over the @Billboard handle to give an #OnlyOnTwitter behind the scenes glimpse of her day at the awards, from start to finish:

Other celebrities also shared their perspective from behind the scenes. Here are some memorable highlights:

Twitter TV activity and reach data for the U.S. market will be available from Nielsen tomorrow at 1 p.m. ET.