Looking ahead to #NYFW

This week, the streets of New York City and the timelines of Twitter will intersect with fashion-forward looks from New York Fashion Week (#NYFW). The bedecked and bejeweled will take conversations around their favorite shows and looks to Twitter, where they’ll share their experiences in 140 characters, enhanced by photos and video.

We’ve invited an elite group of fashion influencers — designers, celebrities and editors — to share their #NYFW experience on Twitter. Known as the #fashionflock, they will be in the front row and behind the scenes Tweeting the best of the runways and parties. The #fashionflock will also be powered up: Twitter has partnered with @Mophie to equip our influencers with customized @Mophie juice pack cases, and the #fashionflock will be among the first ever to get their hands on @Mophie’s custom cases for the iPhone 6. 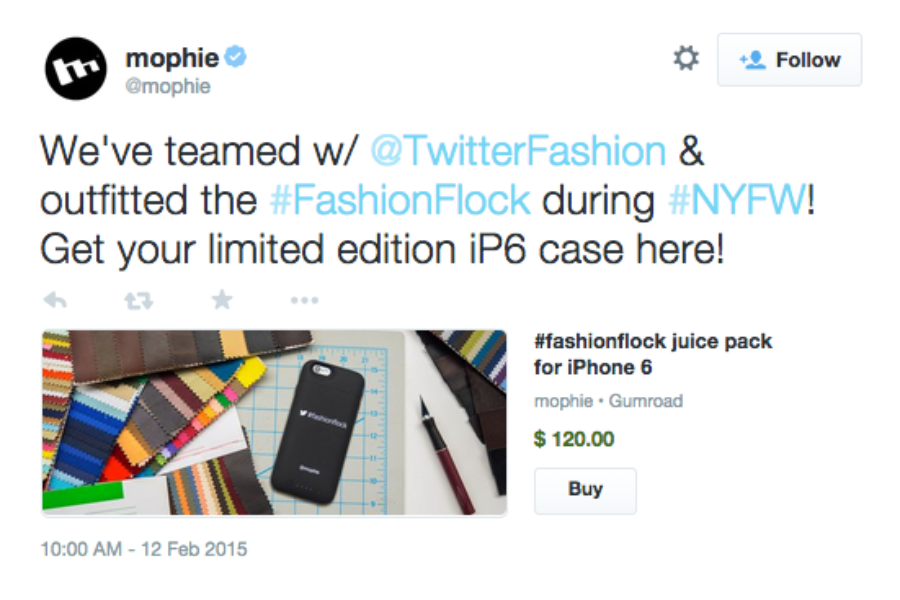 We also partnered with Ladurée (@LadureeUS) to give our #fashionflock members a sweet treat: macarons featuring the Twitter logo. This marks the first time the 150-year-old French bakery has ever put a company logo on a macaron.

While there will undoubtedly be an uptick in runway conversation this week, don’t forget that global fashion-watching happens every day on Twitter. Whether you’re sharing an #OOTD or #WIWTD Tweet, Twitter is the place to get into all that’s happening in fashion. Here’s a look at how the fashion conversation has played out on Twitter since the beginning of the year: 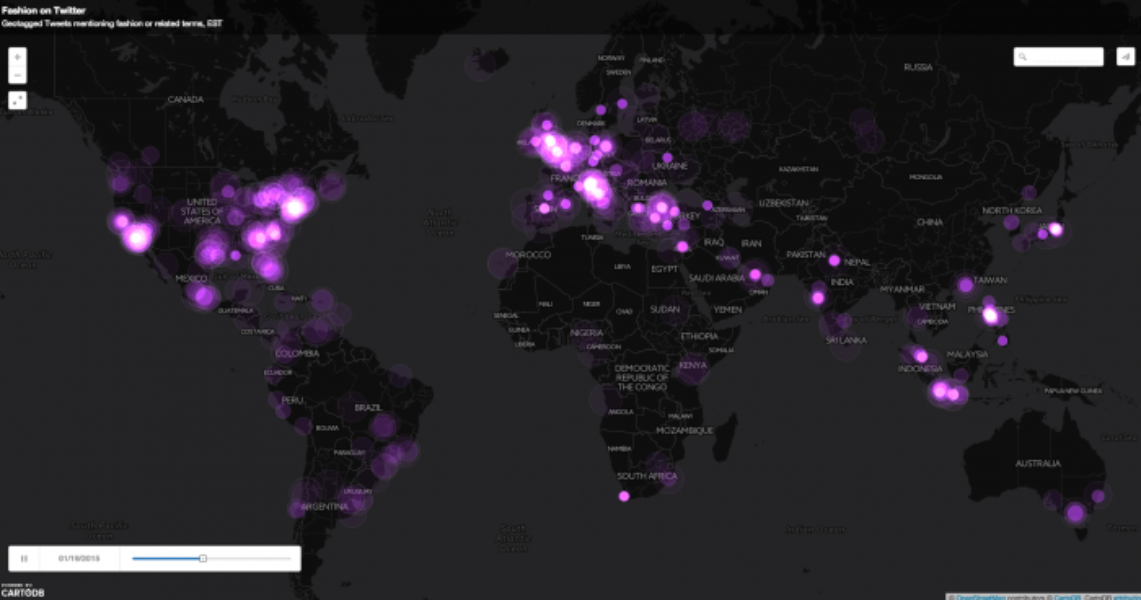 And below we’ve included the members of our #fashionflock. Til next time!