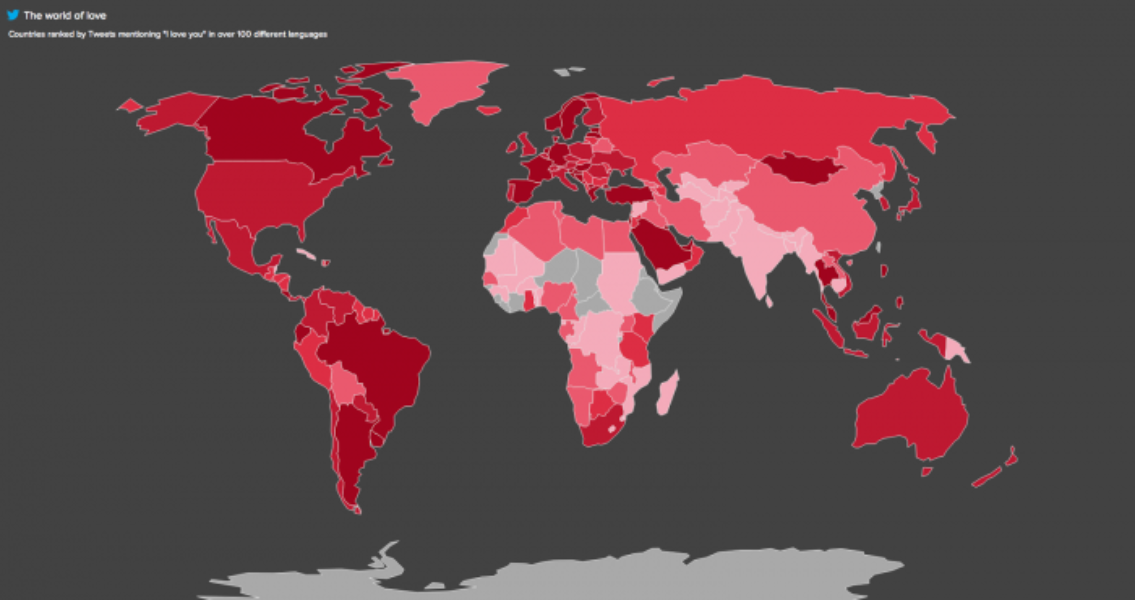 While folks are always expressing their love for one another on Twitter, they’re also Tweeting about major relationship milestones. Below we’ve visualized the “Calendar of love” on Twitter, which shows when people are most likely to experience certain significant moments like marriage and divorce, according to Tweets. 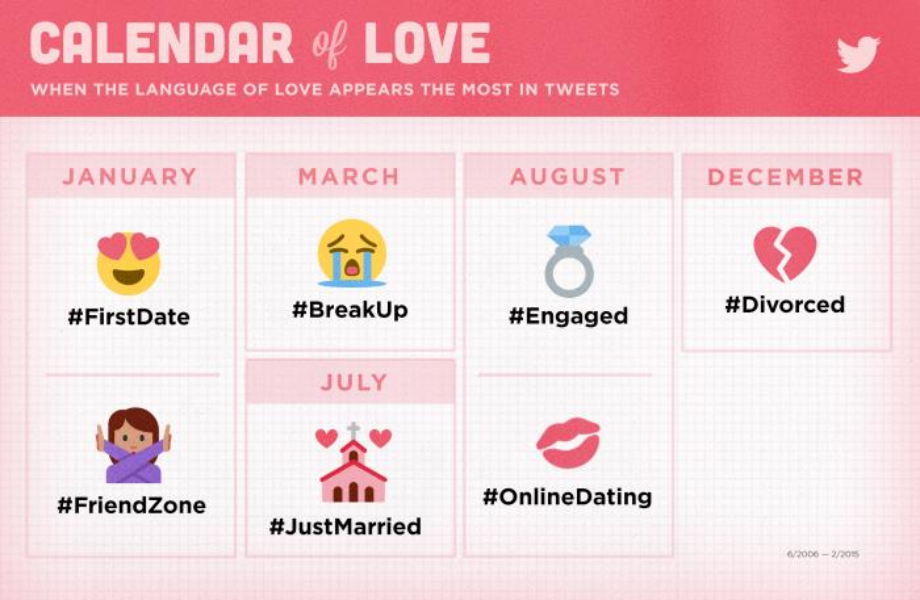