The 2015 NCAA men’s basketball tournament got off to a thrilling start and hoops fans around the world have joined the real-time #MarchMadness conversation on Twitter. As we head into the #Sweet16, we took a look at some of the best content and data from the round of 64 and 32.

The first slate of games saw upsets, one-point instant classics and great individual performances. Here are the top 4 most Tweeted-about games so far in the tournament (3/19-3/22): 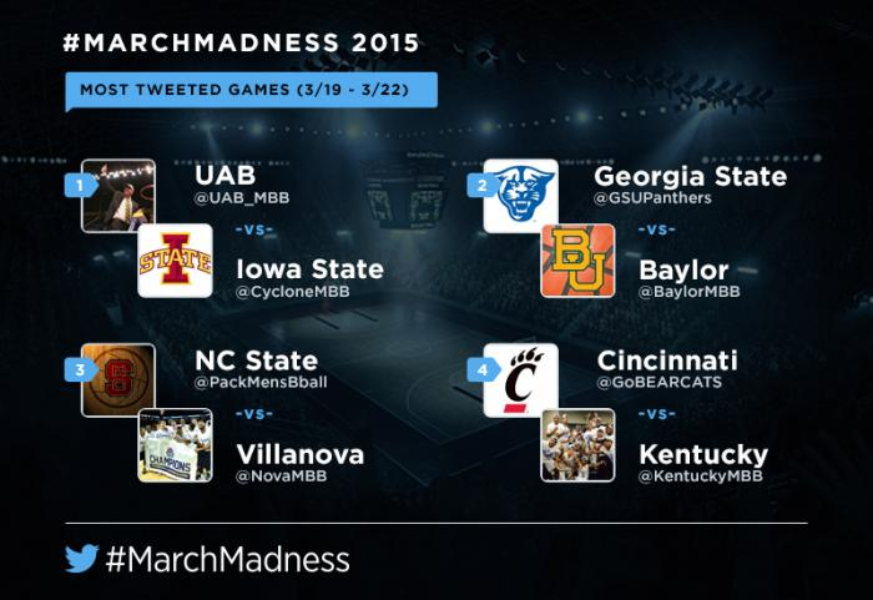 And these were the most Tweeted-about #MarchMadness game moments (3/19-3/22) measured in Tweets per minute (TPM): 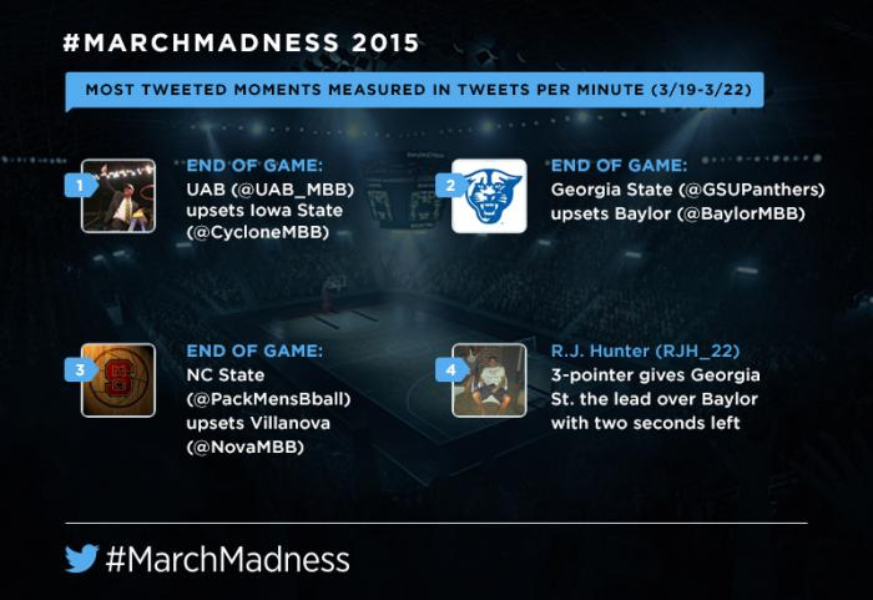 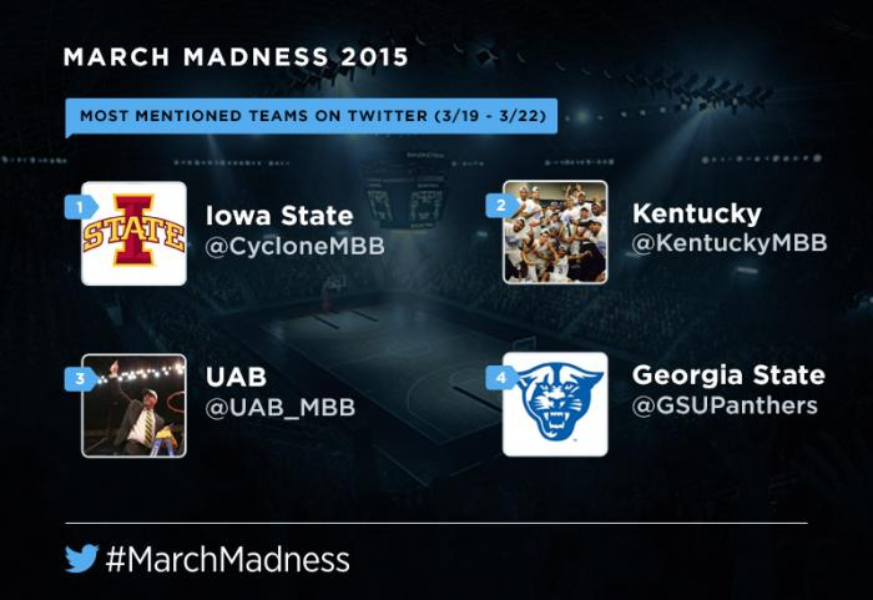 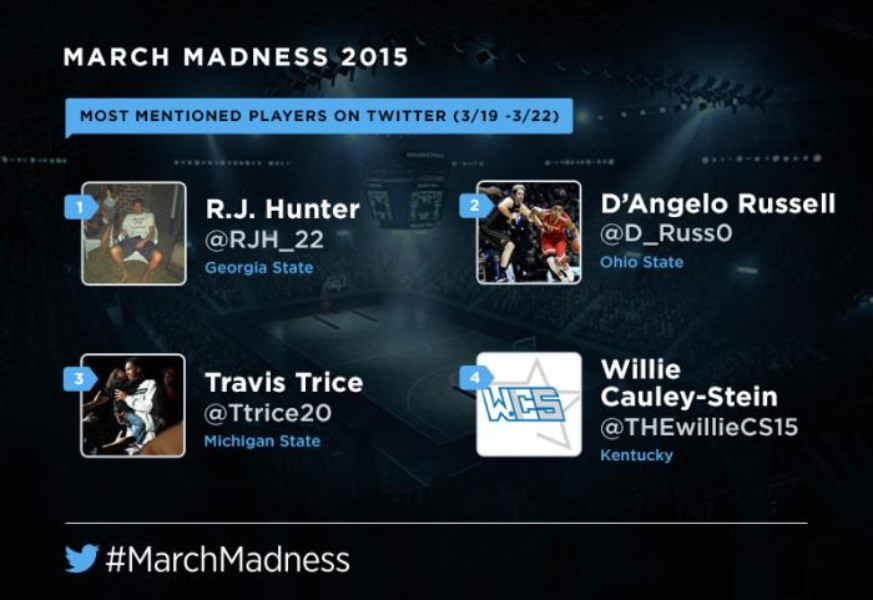 Georgia State’s (@GSUPanthers) upset of (@BaylorMBB) in the round of 64 brought hoops fans to Twitter to discuss the game-winning shot by R.J. Hunter and subsequent celebration by injured head coach (and R.J.’s father) Ron Hunter.

GIFs and Vines of coach Hunter made the rounds on Twitter, as did Hunter’s message to President Obama and Georgia State’s golf team celebration video:

The Panthers lost their next game in the round of 32 to Xavier, who shared a fun video from the plane with fans:

After the game, Coach Hunter and Georgia State were very appreciative:

The UCLA (@UCLAMBB) upset in the Round of 64 over SMU (@SMUBasketball) also had Twitter buzzing:

Turner analyst and hall-of-famer Charles Barkley called a hashtag a hashmere on-air late Friday night and it trended on Twitter:

On Saturday night, NC State upset No. 1 seed Villanova, but it was a piccolo player’s emotions that took Twitter by storm after the game:

No. 1 seed Wisconsin is headed to the #Sweet16, yet it’s their admiration of a stenographer that had Twitter talking:

Notre Dame had some fun in the locker room after the big win and kept fans close as they landed in Indiana:

In a battle for state pride in Kansas, the underdog Wichita State Shockers upset No. 2 seed Kansas:

Oklahoma and Gonzaga took fans inside the locker room after their wins have them #Sweet16 bound:

Pro athletes and former greats have joined the #MarchMadness virtual convo, too:

Tune in and Tweet along with the #Sweet16 as action tips off again this Thursday. Find more how-to follow tips and find and follow all of the remaining Sweet 16 teams. Check back next Tuesday when we recap how the games played out on Twitter.