@MLS teamed up with Twitter to bring fans incredible in-depth coverage of #DecisionDay on Oct. 25. Twitter, along with Vine and Periscope, was the go-to source for all things MLS on the regular season’s closing day.

Throughout the week, all 20 @MLS teams brought exclusive content to fans via the Twitter Mirror, Tweeting photos and videos using the #DecisionDay hashtag. MLS showcased moments from before and after the game, from the locker room to the pitch. Here are some favorites:

MLS and its ecommerce provider, Fanatics, gave fans a way to buy custom #MLSCupPlayoffs t-shirts directly from Tweets on Twitter through the Buy Now button.

Vine played a vital role on #DecisionDay as @MLS showed fans the developing story. By creating their own Vines and sending Vine posts from the teams that captured the best goals, plays, and moments, the @MLS account gave people an awesome way to watch the matches and big plays again and again.

MLS became the first sports organization to make use of edits on Vine — the format in which explosive highlights are accompanied by synchronized music beats. And they also used Periscope, Twitter’s live video platform, to launch a live broadcast in each #DecisionDay market, giving fans a behind-the-scenes look at game day.

MLS also solicited great content from fans by encouraging them to Tweet photos or videos using the hashtag #DecisionDay for a chance to win a trip for two to the #MLSCup.

For those attending Sunday’s games, MLS used League LED inventory in each venue to encourage people in the stands to Tweet their photos and videos using the #DecisionDay hashtag. As with the LEDs, the public announcer in-stadium messages also reminded fans to Tweet. 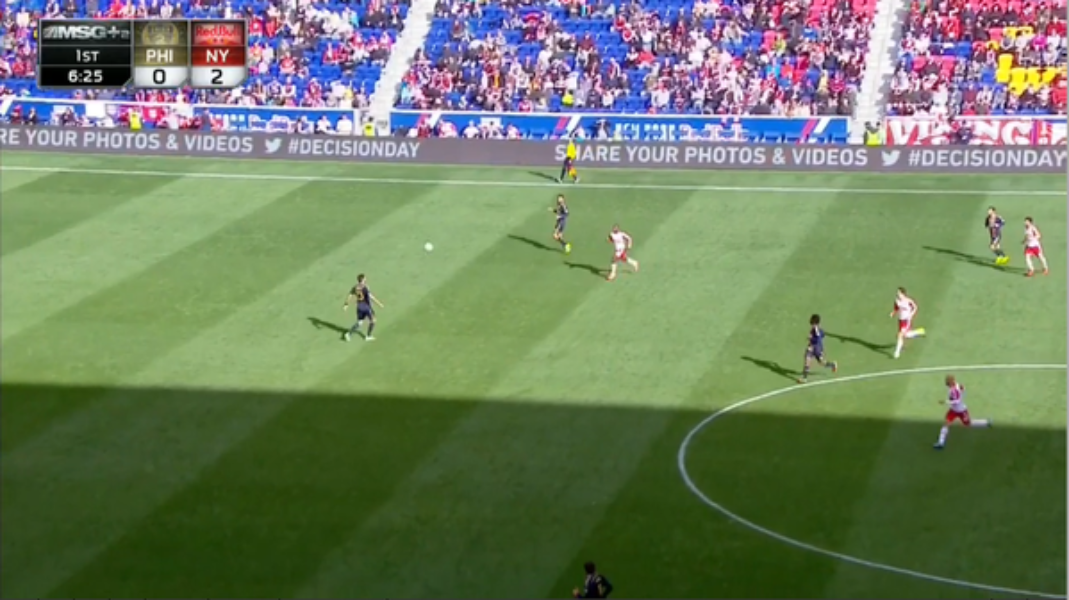 The games did not disappoint, as teams bounced up and down in the standings throughout the day. In the battle for the Supporters’ Shield — awarded to the side with the most regular season points — the New York Red Bulls edged FC Dallas on goal differential (Dallas still took the West’s No. 1 seed).

The New England Revolution clinched the East’s final playoff spot with a 3-1 win over NYCFC while the Portland Timbers, Seattle Sounders, and Sporting KC got in with comfortable victories. Sporting had to get by the defending champion LA Galaxy, who are now forced to travel to Seattle to keep their title defense alive.

Tweets about #DecisionDay generated 94 million impressions (views) on Twitter and across the web.

These were the three most-Tweeted-about matches:

Soccer fans Tweeted most on #DecisionDay about these teams:

And these were the most mentioned players on Twitter yesterday:

All in all, it was a spectacular day for @MLS, Twitter, and US soccer. Hungry for more? Check out this #DecisionDay Twitter Moment: