In December 2013, MoPub introduced native ads to provide publishers with a seamless way to incorporate ads into their mobile apps. Over a year and a half later, MoPub’s full stack solution for native ads, which offers publishers the ability to work with advertisers on MoPub’s programmatic exchange, ad networks, or direct advertisers, demonstrates strong results for both publishers and advertisers alike.

Over the past year, we’ve seen tremendous growth in the popularity of native ads among MoPub publishers. Not only are these publishers adopting this user-friendly format with their direct advertiser partners, but they’re also using MoPub’s mediation solution to maximize their native ad revenue from multiple ad networks.

As of June 2015, there are now over 8x the number of apps in the MoPub Marketplace using native ads compared to the previous year. 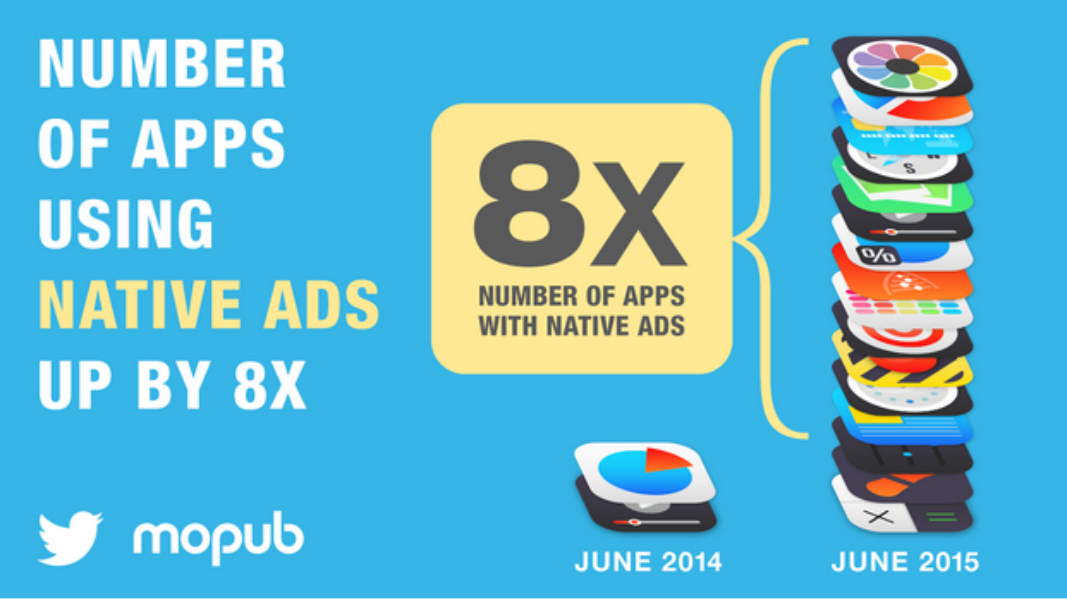 June 2015 vs June 2014: Number of apps on MoPub Marketplace with native ads

Publishers using MoPub Marketplace for native advertising are seeing tangible results. In fact, from June 2014 - June 2015, these publishers saw a dramatic 73% increase in eCPMs for native ads. Publishers have been able to achieve this success with MoPub’s easy integration, unique location controls, and full stack solution, which enable them to optimize their native ad inventory, while maintaining a high-quality user experience. 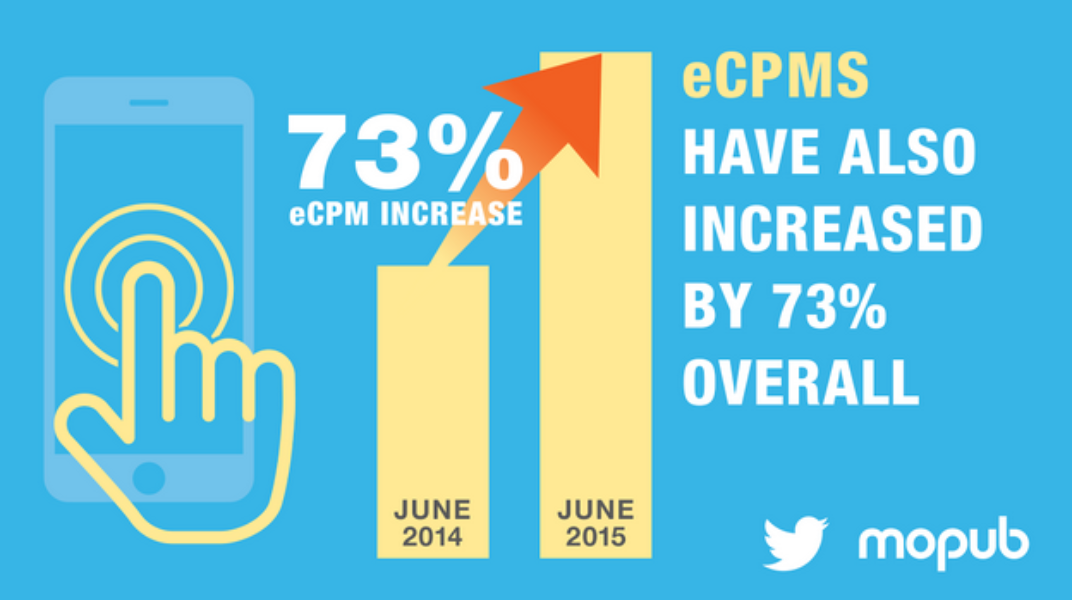 MoPub publishers saw nearly 5x the spend from DSPs on native ads in June 2015 vs. 2014. Over the same period, the number of demand partners buying native ads also multiplied by 2.2 times.

For example, demand side platform Liftoff saw dramatic improvements in performance and scale when buying native inventory on MoPub Marketplace for their client SeatGeek:

MoPub Native Ads proved to be the best solution for an advertising partner like SeatGeek because of the amount of scale they provide for this type of ad unit. Delivering quality performance and achieving brand/performance results through these kinds of well-matched partnerships is a win for everyone involved.

Check out Liftoff’s case study to learn more about their results with buying native ads inventory on MoPub.

For more information about MoPub’s native ads visit www.mopub.com/blog, contact us at nativeads@twitter.com, or create an account to get started today.

Note: A version of this post was published on the MoPub blog earlier today.