We’ve been thinking a lot about how we can take the rich canvas of the Promoted Tweet and extend it beyond Twitter, to all the places where Tweets go today. That’s why we’re pleased to announce our first partnerships to syndicate Promoted Tweets outside of Twitter: with Flipboard (@flipboard) and Yahoo! JAPAN.

What makes Twitter unique is that Tweets can flow from Twitter to other mediums seamlessly, like TV, websites and mobile applications. In fact, in the third quarter of 2014 there were approximately 185 Billion Tweet impressions off of Twitter. For the thousands of brands already advertising on Twitter, these new partnerships open a significant opportunity to extend the reach of their message to a larger audience. Twitter syndicated ads will be seen by users within Twitter content sections on third-party properties, as well as within third-party content areas. 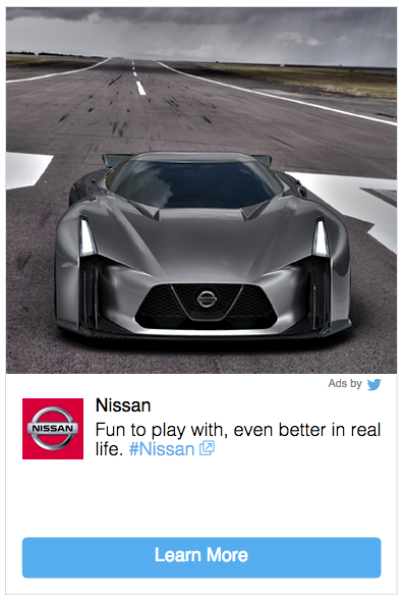 Thousands of web and mobile applications already syndicate Tweets to provide compelling content experiences, through products such as Fabric and Twitter for Websites. Combine that with the flexibility and control of a Promoted Tweet, and we think marketers will have an almost infinite capacity to create large-scale, rich and well-targeted advertising campaigns across a variety of platforms. In a small number of private tests with Flipboard, both Flipboard and our advertising partners saw promising results.

This is the first of many opportunities to create such campaigns, one that provides great content and monetization opportunities for our syndication partners, provides high ROI for marketers, and, ultimately, a great experience for users.

If you’re an advertiser and want to find out more, please talk to your account representative. If you’re a publisher and are interested in learning more, email us at syndicated-promoted-products@twitter.com.