Six plays for brands on Periscope

People all over the world interact with live video content on Periscope (@periscopeco) every day. Now, brands ranging from @Target to @tacobell are starting to get in on the action, using the new app to share big moments and engage consumers in real time. Want to learn how your business can benefit from a broadcast? Here’s a quick overview of Periscope followed by a list of tips and inspiring examples.

What is Periscope?
Periscope is a new app that enables users to share and view live video broadcasts from their mobile phones. It’s different from typical broadcasts because the experience isn’t just one-way; viewers can provide feedback in the moment by sending chats and hearts.

Why is Periscope valuable for brands?
Brands can forge a more personal relationship with consumers by using Periscope to give them real-time access to moments that matter, from big announcements to fashion shows to sponsored events. In April, @Target used Periscope to tease its Lilly Pulitzer line, an effort that helped fuel huge consumer demand: 90% of the collection sold out in a few days.

The brand found Periscope so effective that last month, it used the app to broadcast its #EddieBorgoforTarget offerings. 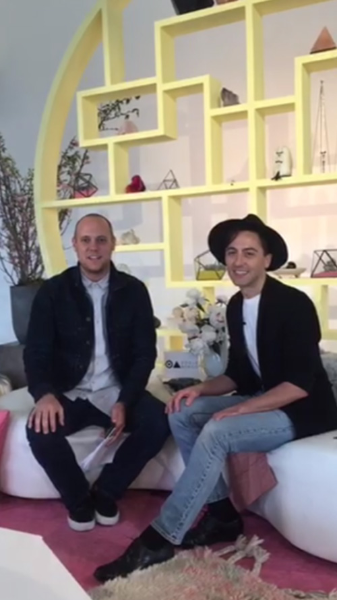 Image used with permission from @Target

How to get started:

1. Choose the right content
Viewers come to Periscope to gain a view of the world they can’t get anywhere else. Here are a few types of content your brand might consider broadcasting, illustrated with fresh brand examples:

Creative cross-platform stories
@Orange_France, a telecom company, worked with @MarcelAgency, a creative agency, to use Periscope to add an interactive element to a TV campaign. The brand began by running this ad on TV, which depicts a teenager named Victor flirting with the girl next door through his bedroom window. The girl, Chloe, tells Victor her favorite movie is “Dirty Dancing.” Victor’s friends, channeling Cyrano de Bergerac, quickly research the plot online using @Orange_France’s fast fiber Internet connection. They whisper the details to Victor so he can appear to love the movie as well, and convince Chloe to go on a date with him.

Next, @Orange_France asked Twitter users to cast votes — about what Victor should wear on his date and where he should take Chloe — by Tweeting using the hashtag #HelpVictor. These users were then invited to continue advising Victor throughout a Periscope of his date, which involved going to a theme park and a sweet first kiss. 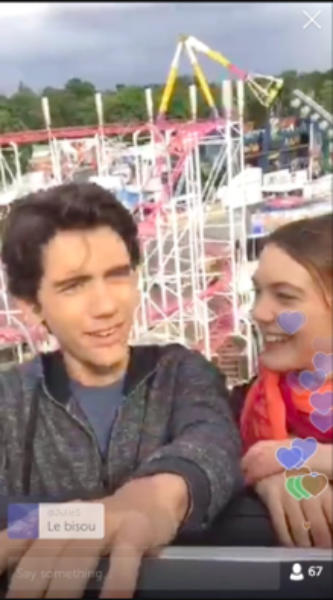 Image used with permission from @Orange_France

Product launches and announcements
Since May 18, @Adobe’s network of product evangelists have been broadcasting daily Periscopes from around the world to build buzz about upcoming features. And this past Wednesday, the brand celebrated the release of the 2015 version of Creative Cloud with Periscopes from @CreativeCloud every hour, on the hour, for 24 hours. Here’s a glimpse of a broadcast from Copenhagen: 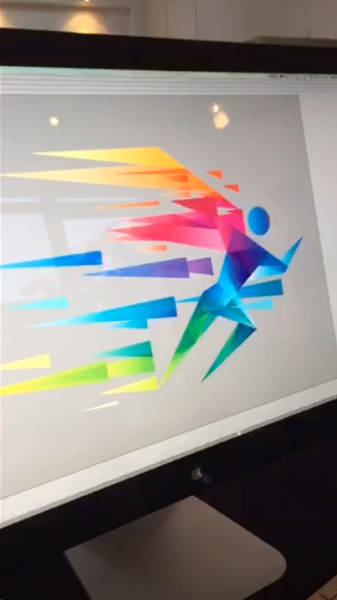 Image used with permission from @Adobe 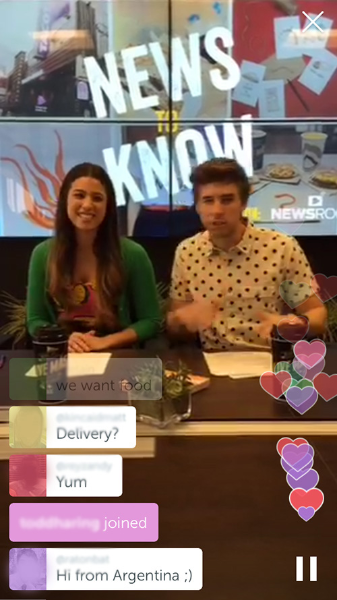 Image used with permission from @tacobell 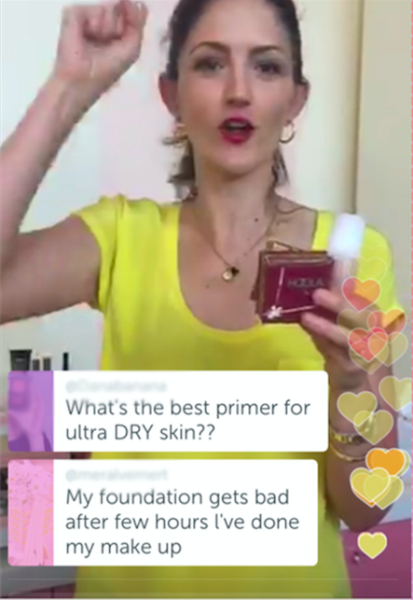 Image used with permission from @BenefitBeauty

VIP access
Periscope enables brands to share access to exclusive events with fans from around the world. On June 13, @Coach gave followers a front row seat to the #coachmens2016 fashion show in London. The brand also used Periscope to take viewers backstage with the show’s models, and to broadcast an exclusive interview with its creative director. 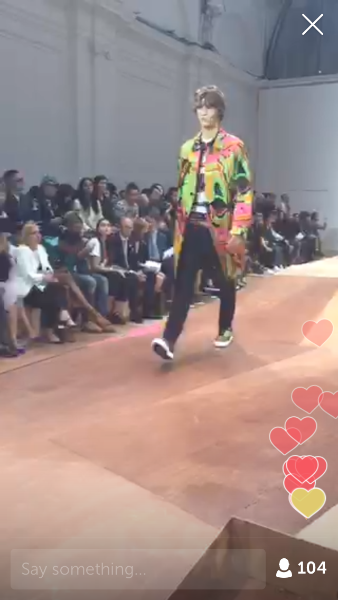 Image used with permission from @Coach 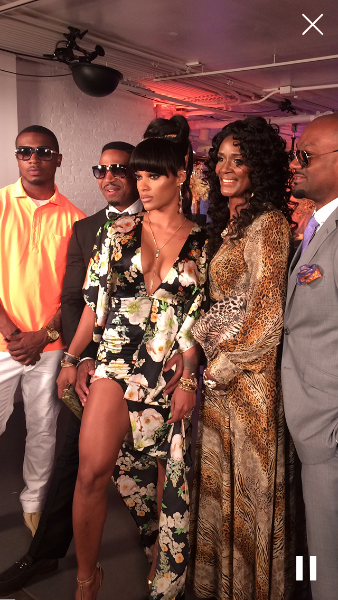 Image used with permission from @VH1

Everyday moments
Viewers also enjoy seeing what brands might consider to be ordinary moments. For example, @NYSE broadcast the opening bell of the stock exchange. 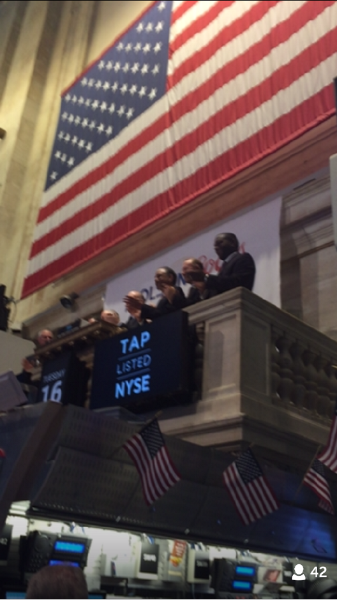 Image used with permission from @NYSE

@redbull Periscoped a group of its sponsored athletes wakeskating in Austin, Texas. The athletes, including Parks Bonifay (pictured below) were enjoying a day off from the @XGames. 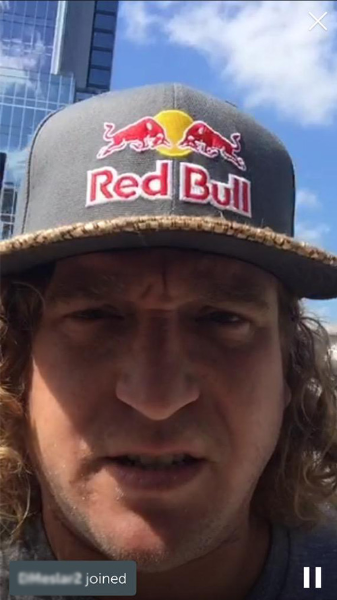 Image used with permission from @redbull

The New York Yankees are also on Periscope. The team (@Yankees) recently broadcast a Periscope of batting practice from Yankee Stadium. 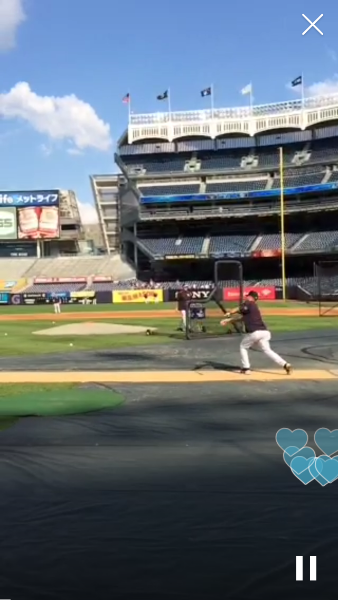 Image used with permission from @Yankees

Key moments
Some marketers are showing viewers events and scenes that align with their brands.

This coming Sunday, @Drumstick will be celebrating the #FirstDayOfSummer with Periscopes from iconic summer settings: Florida beaches, amusement parks, backyard picnics and more.

Follow @Drumstick all day Sunday on #Periscope and celebrate the #FirstDayOfSummer! Be there: https://t.co/LtRE0oq62R pic.twitter.com/YuD36ZiGF7

2. Create anticipation
Send Promoted Tweets about your brand’s upcoming Periscopes a few days in advance to create buzz and reach a wide audience. And when starting the broadcast, don’t forget to share the link on Twitter.

3. Be real
There’s no need to rehearse or write a script before broadcasting on Periscope. Viewers come to Periscope expecting real-time action rather than a polished performance.

4. Be responsive
Treat Periscope as an interactive tool. Acknowledge your viewers, and encourage them to engage with you by asking them questions and responding to their comments in real time.

5. Make the most of your content
Periscopes last for 24 hours. Encourage replays to reach a wider audience and create FOMO so that even more users will tune in for your next broadcast. You can also get more mileage out of your Periscope broadcasts by turning them into Promoted Videos.

6. Evaluate and optimize
Examining metrics such as viewer count, average watch time and number of replays can help you determine how effective your Periscope was. Was your viewer count low? Try promoting your Periscope account in advance on Twitter so users have a chance to download the app and follow you. Was your average watch time shorter than you’d like? Scour viewers’ live chats for feedback, and brainstorm ways to make your content more interesting.

To learn more about Periscope, check out the Periscope blog. You can also follow @periscopetv to see a collection of curated broadcasts.