26 years after his song “Looking For Freedom” took him to the top of the charts in Germany, Austria and Switzerland, actor/singer/legend @DavidHasselhoff returns to the charts with an over-the-top video straight from the VHS rack for the song “True Survivor” (from “Kung Fury,” a forthcoming Swedish parody of 1980’s action movies). The video nabbed 1M views on the first day and kicked its way to #5 on Popular Debuts.

@Drake does double duty on the top Popular Tracks with the song “Madonna” at #5 (driven by the Toronto rapper’s onstage lip-lock with the Material Girl @Coachella) and “My Side” entering the chart at #10. 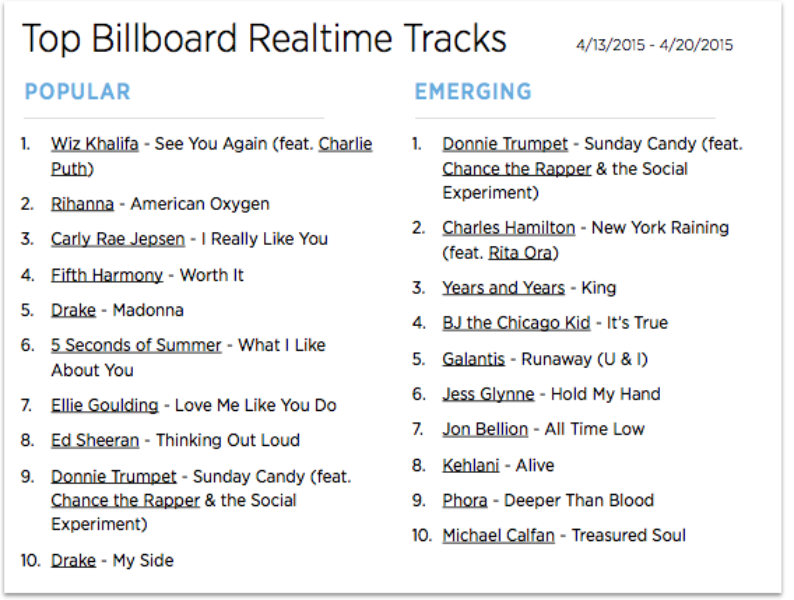 Vine star @camerondallas illustrates the ever-growing influence of artists working outside of the traditional music industry, with his social media following pushing his track “She Bad” (featuring @SJ3music) to the #1 position on the Popular Debuts chart. The song eclipsed “Put It Up,” a leaked, unreleased duet by superstars @ChrisBrown and @Rihanna, which debuted at #2. Keep an eye on Cameron’s #20DaysofDallas campaign — he’s posting a new video every day to keep the fan momentum strong.

Promising 18-year-old singer-songwriter Soak (@Soakofficial) edges in on the Emerging Debuts at #10 with “Blud,” thanks to critical accolades and the release of the music video. 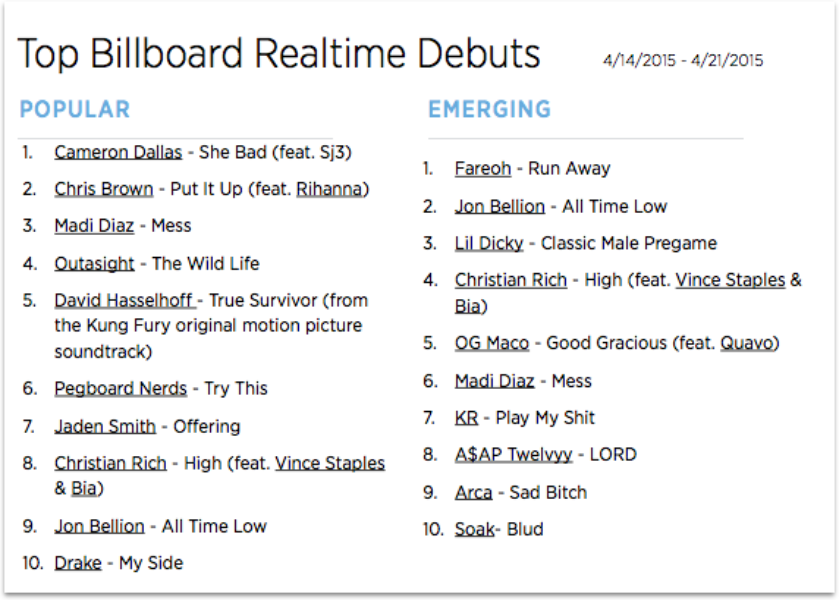