@justinbieber takes the #1 spot on the Top Popular Tracks with his highly anticipated single “What Do You Mean?” @justinbieber and fans started a countdown for the release one month earlier on Twitter with the help of other celebrities. A lyric video and official music video followed the song’s official release. @justinbieber also gave an emotional performance of the song during the @MTV#VMAs on Sunday, Aug. 30.

“Confident” by Demi Lovato (@ddlovato) is #4 on the Top Popular Tracks. “Confident” is the title track off her upcoming album, due out in October. @ddlovato revealed the tracklisting off her album on Twitter with help from fellow musicians and celebrities such as @IGGYAZALEA, @JLo, @nickjonas, @kimkardashian, and others. 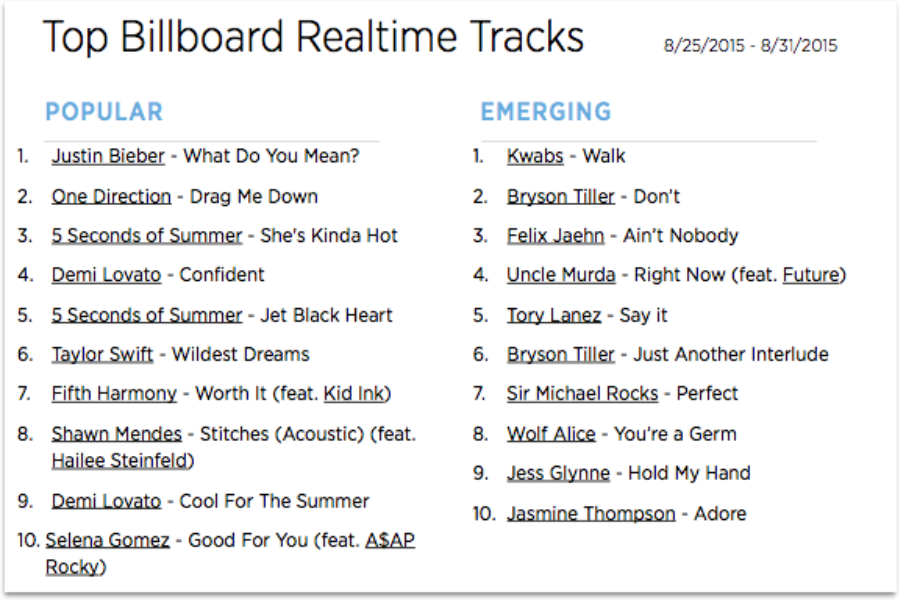 @macklemore and @ryanlewis’ “Downtown” is #4 on the Top Popular Debuts. The song features Melle Mel, Kool Moe Dee, Grandmaster Caz, and Eric Nally. A music video for “Downtown” was released and they performed the song at the 2015 @MTV#VMAs. 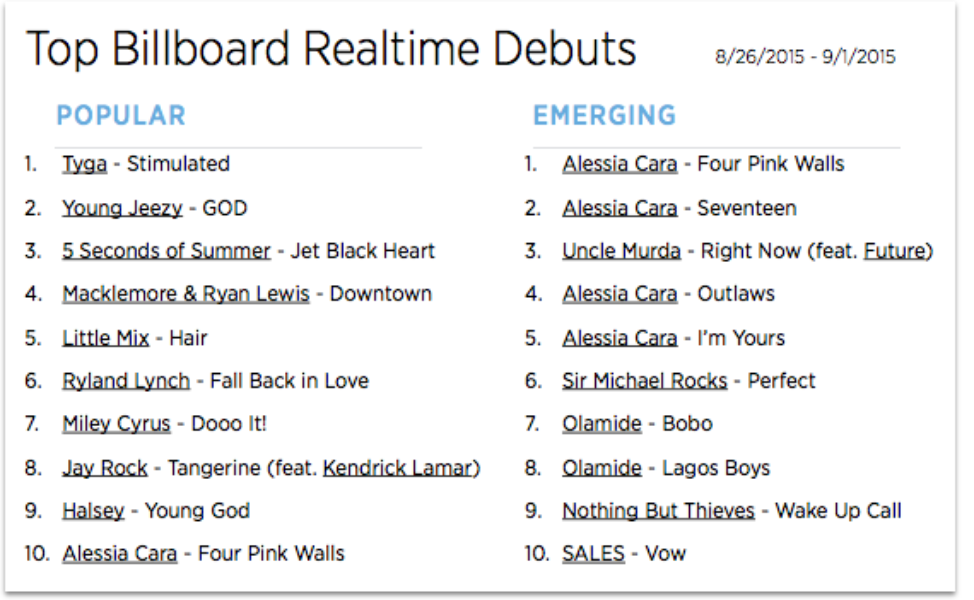