@Adele is #2 on the Top Popular Tracks and #1 on the Top Popular Debuts with “Hello.” The track is the first song off her upcoming album titled “25,” out on Nov. 20. @Adele apologized to fans in an open letter on Twitter for the wait between releases. The music video for “Hello” also broke records across YouTube and Vevo. 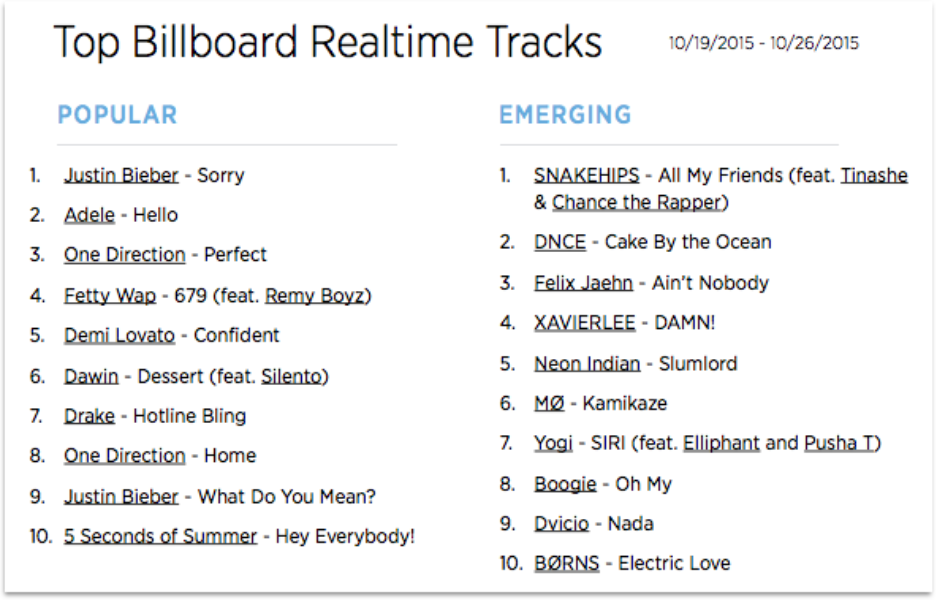 @ToriKelly is #5 on the Top Popular Debuts with “Hollow.” The single has just been released (on Oct. 22), which is also the anniversary of her second EP “Foreword”. “Hollow” follows the release of her debut album “Unbreakable Smile,” which was released over the summer. 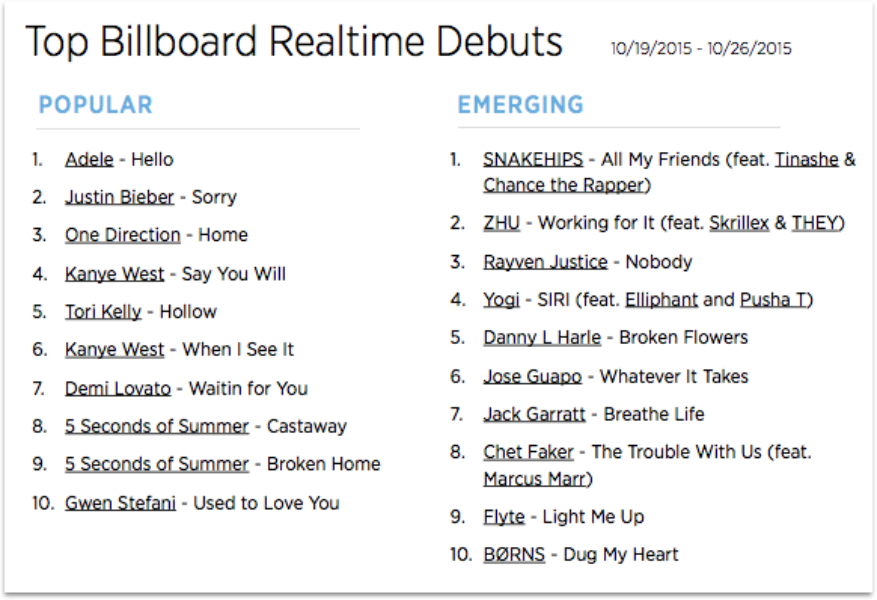