The #MarchMadness journey to the #FinalFour

College hoops fans tuned in to the thrilling #Sweet16 and #Elite8 action, discussing all of the #MarchMadness news from on and off the court in real time on Twitter. As we head into the #FinalFour, we take a look at some of the best content and data from the past two rounds of games.

The #Sweet16 and #Elite8 games saw bracket busters, overtime instant classics and great individual performances. Here are the top four most Tweeted-about games from the past two rounds (March 26-29): 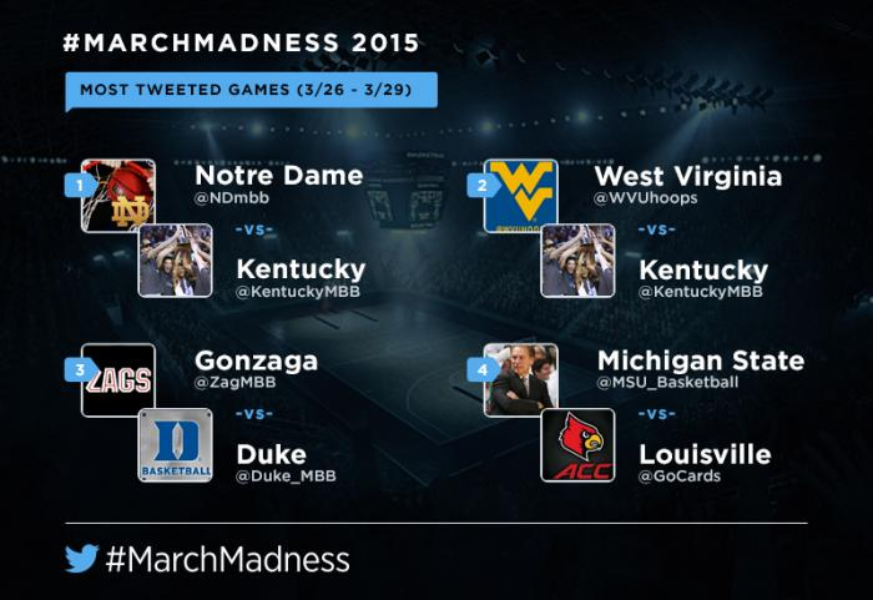 And these were the most Tweeted-about #MarchMadness game moments (March 26-29) measured in Tweets per minute (TPM): 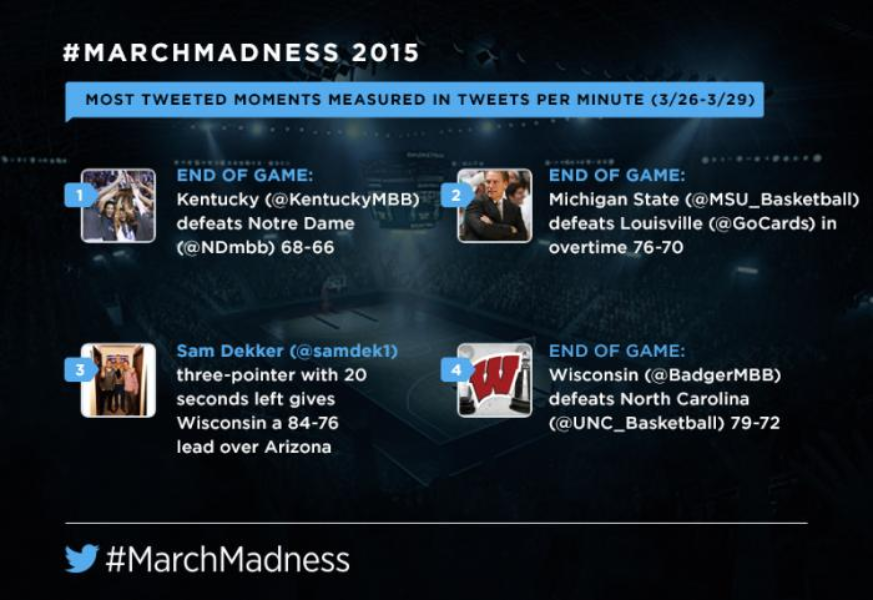 Fans had a lot to share about teams as well. These were the most-mentioned teams on Twitter during the Sweet 16 and Elite 8 (March 26-29): 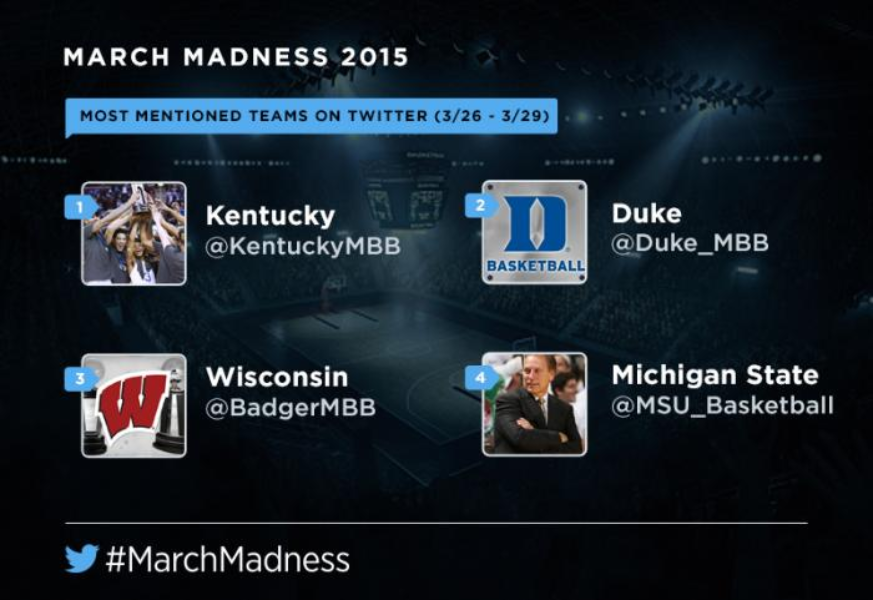 And these were the most-mentioned players on Twitter during the Sweet 16 and Elite 8: 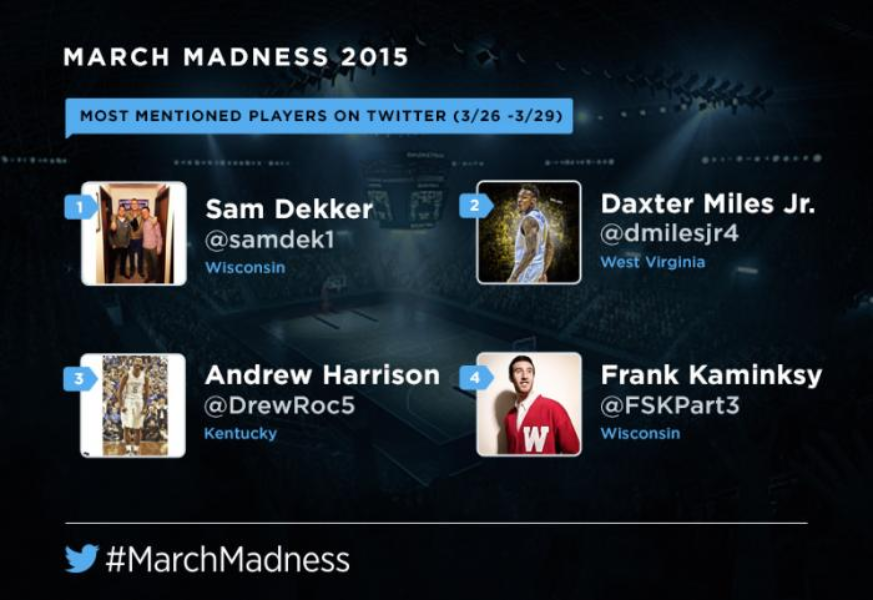 Last Wednesday, Wisconsin was excited to be using the @Lakers locker room. And they let a certain @NBA star know about it on Twitter:

@MarchMadness has brought fans real-time highlight videos, like these big shots by Duke’s Justice Winslow and Wisconsin’s Sam Dekker, and a GIF of Michigan State celebrating:

The teams also shared videos that included highlights and scenes from the celebration:

And players from Gonzaga and Notre Dame shared video analysis from the locker room, too:

The Big 10 is sending two teams to the #Final4 and both teams and players made sure to remind everyone of that:

Sam Dekker, the most mentioned player on Twitter during the past two rounds, took Twitter by storm with his huge #Elite8 performance against Duke. It even had the wrong spelling of his name trending on Twitter:

And after the game, Badgers fan Aaron Rodgers defended his fandom:

Other athletes have joined the #MarchMadness virtual convo, too:

With a loaded #FinalFour field set, Saturday is sure to be a big night on Twitter. While both games will be broadcasted on TBS, fans can watch team-specific broadcasts on TNT and TruTV, as part of “TeamStream presented by @BleacherReport.” Both TeamStream broadcasts will be sharing the best fan Tweets on-air, using #TeamStream.

In addition to the TeamStream broadcasts, fans can follow the action with the tournament’s official handles and hashtags:

Find more how-to follow tips and find and follow all of the remaining #Final4 teams. Check back next Monday night when we recap how the championship played out on Twitter.