The @MLB #PostSeason is in full swing

Baseball’s best teams and players took the diamond this week as the @MLB  #PostSeason began with thrilling #WildCard action. As the squads battle to be the last team standing on the difficult journey to a World Series title, you can follow all of the action via Twitter.

On Tuesday, the action began with the win-or-go-home American League #WildCard game, which the upstart @Astros won 3-0 over the @Yankees.

@SportsCenter featured an only-on-Twitter poll for fans ahead of Tuesday’s game. After amassing over 80,000 votes, the results were announced live on the 6 pm @SportsCenter that night: the @Astros rightly took home 59% of the vote, before winning on the field later that night. 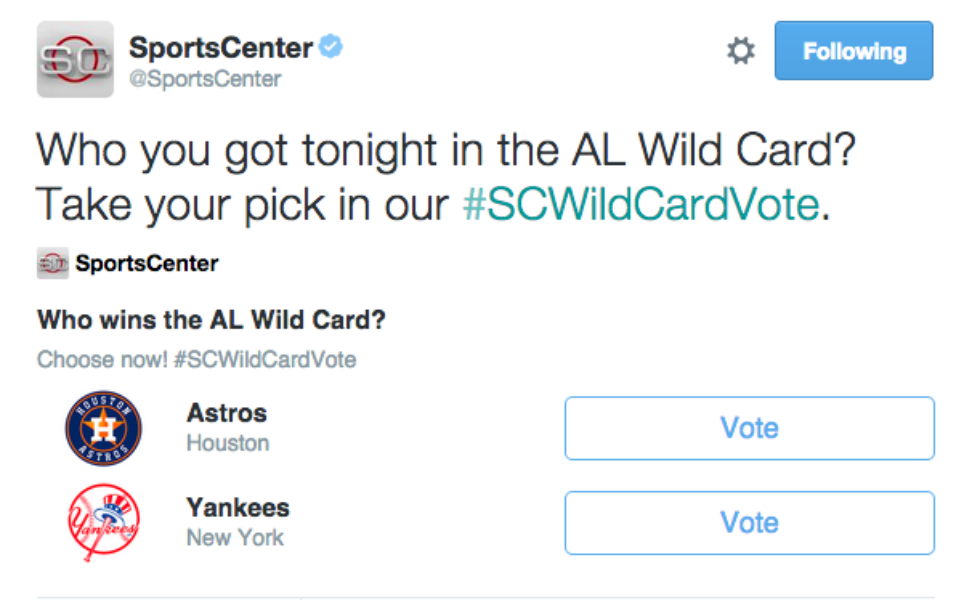 Hall of Famer Hank Aaron (@HenryLouisAaron) took over @MLB to answer fan questions prior to the game, too:

And last night, the @Cubs traveled to Pittsburgh and defeated the @Pirates in the win-or-go-home National League #WildCard game matchup. It was the Pirates’ third straight appearance in the do-or-die format and the Cubs’ first playoff game since their heartbreaking loss in the 2003 NLCS.

The best way to stay connected to the postseason is to follow @MLB for highlights, score updates, analysis and behind-the-scenes photos and videos. For full coverage, you’ll also want to follow @Cut4, @MLBNetwork, @MLBONFOX, @BBTN, and @BR_MLB. Jump into the conversation with these hashtags: #OwnOctober, #PostSeason and #WorldSeries.

Here are the remaining American League #PostSeason teams to follow and hashtags to use:

On Tuesday, we announced along with @MLB that each team hashtag, as well as #WildCard, #Postseason and #WorldSeries, would have a hashtag-triggered emoji as long as the team is still alive in the playoffs. This GIF showcases the Twitter emojis that are still in play (sorry, @Yankees and @Pirates fans): 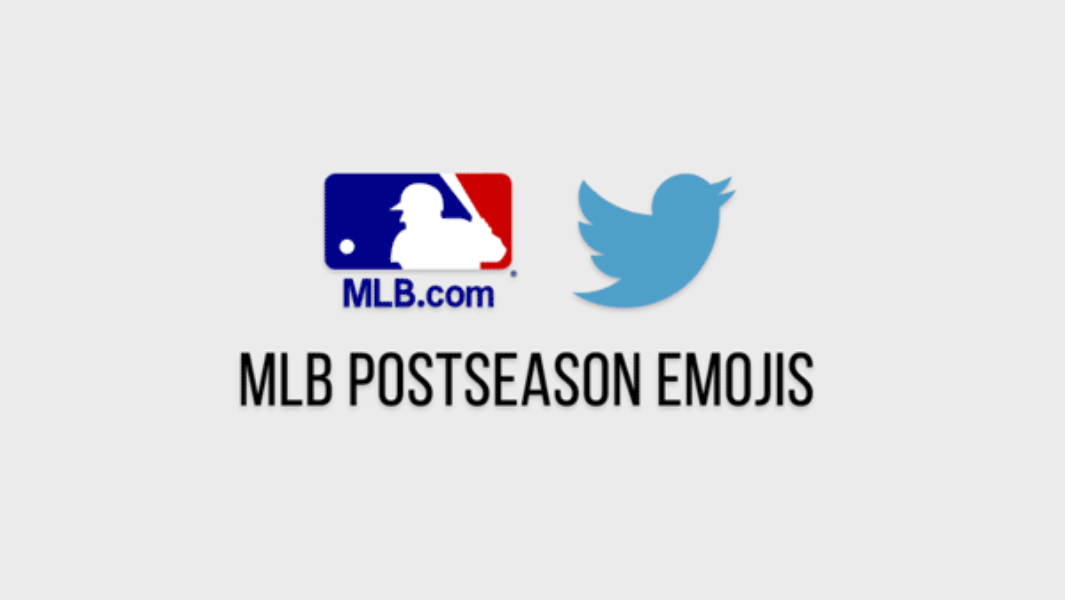 With our Tuesday release of Moments, the @MLB PostSeason experience will be better than ever before for Twitter fans. With #WildCard games the last two nights, the playoffs are off to an auspicious start. Check out the Moment recap below of last night’s game.