The New England @Patriots #SB49 win plays out on Twitter

The thrilling New England @Patriots 28-24 win over the Seattle @Seahawks unfolded on @SNFonNBC. From kickoff to the interception by Malcolm Butler (@Mac_BZ) in the final minute, @NFL fans joined the conversation at the biggest virtual sports bar in the world, via the #SB49 timeline.

All night, the conversation around #SB49 dominated Twitter. Over 28.4 million global Tweets containing terms related to the game and halftime show were sent during the live telecast (from kickoff through 30 minutes after the clock expired). #SB49 was the most Tweeted @SuperBowl ever, surpassing last year’s game. 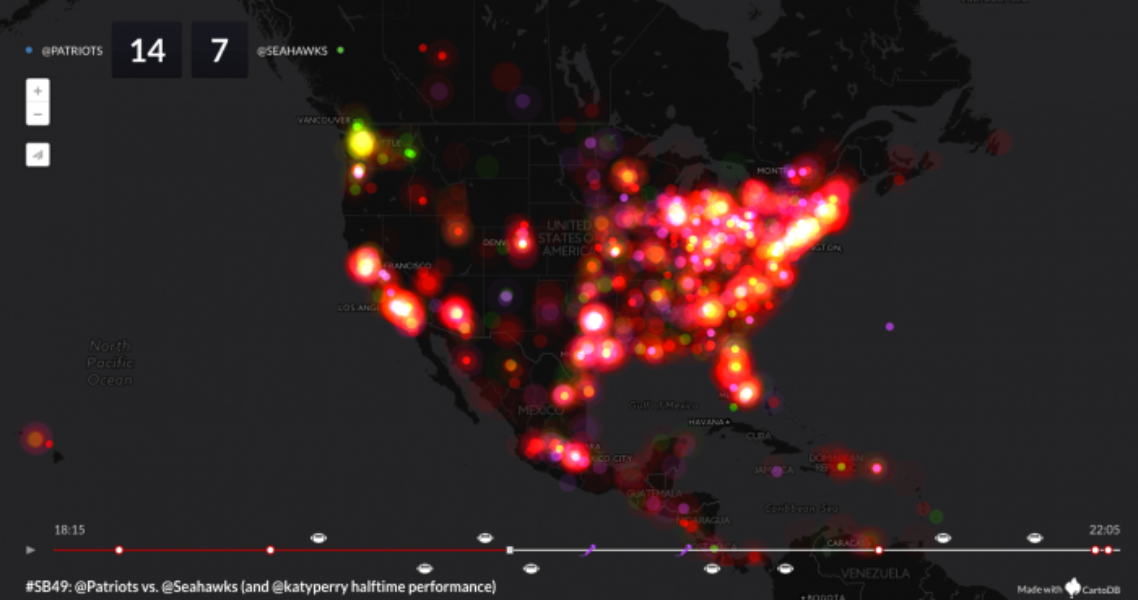 Here are moments that generated the biggest peaks of Twitter conversation, measured in Tweets per minute, during the live telecast:

These were the most-mentioned @Patriots players players on Twitter during the live telecast of #SB49:

And these were the most-mentioned @Seahawks players on Twitter:

NFL players joined in on the convo too:

As did athletes from other sports:

And here are Tweets from celebs who joined in on the #SB49 virtual sports bar during the game:

Check out a larger sampling of game-related Tweets (in chronological order) from the teams and players, the @NFL, and of course celebrity fans, in this collection:

The halftime show (8:10-8:25pm EST) featuring @katyperry, @LennyKravitz and @MissyElliott lit up Twitter as well, generating over 3 million Tweets. Check out our @TwitterMusic collection of halftime show Tweets from musicians and celebs:

It wouldn’t be a @SuperBowl without conversation-starting commercials. Like in years past, brands took to Twitter to join in on the conversation.

For more stats about the ads that ran during #SB49, including the results of our #TopSpot program (@TopSpot), tomorrow on our Twitter Advertising Blog.