At the end of the 102nd edition of the Tour de France (@letour), Chris Froome (@chrisfroome) won for the second time, ahead of Nairo Quintana (@NairoQuinCo) and Alejandro Valverde (@AlejanValverde).

Froome’s victory was hailed around the world. Here’s a sampling of Tweets:

During the race (July 4-26), Tweets about Tour de France were viewed 5.3 billion times on Twitter and across the web. Click on the interactive map below to see how the global conversation on Twitter unfolded during the last stage: 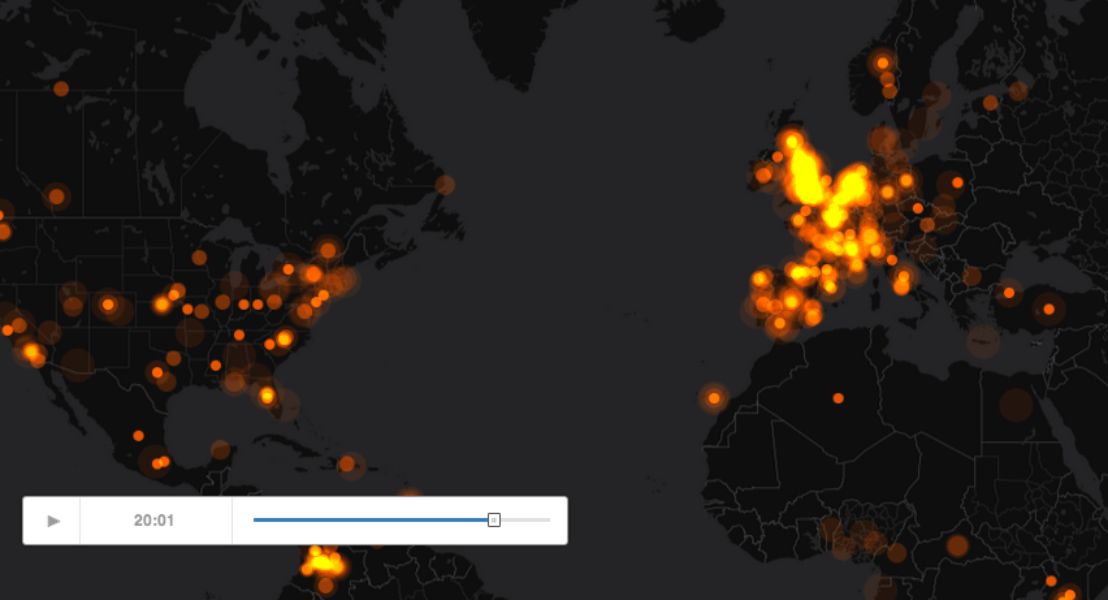 Here are the rankings for the most-mentioned riders: 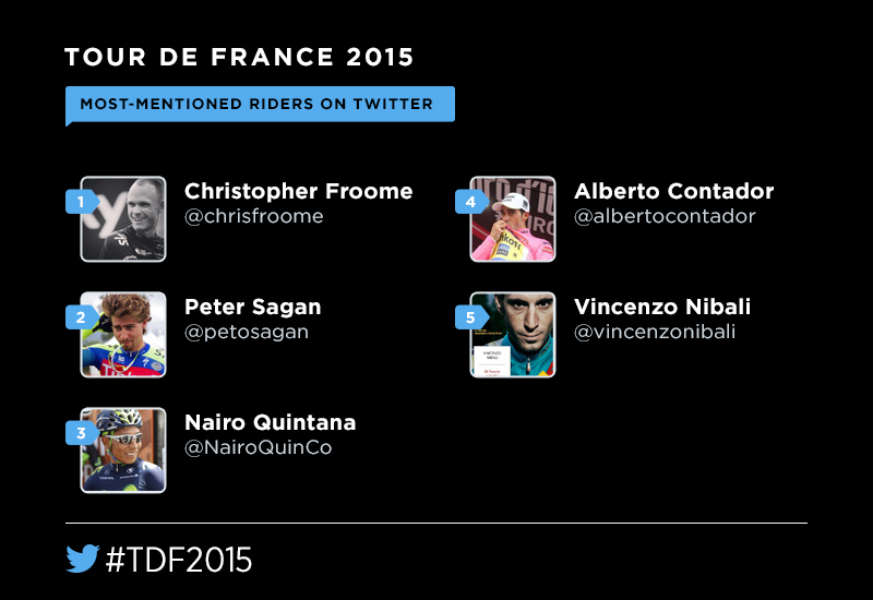 On a poll posted via @letour, Peter Sagan (@petosagan) was voted “Most popular rider”:

Rankings for the most-mentioned teams: 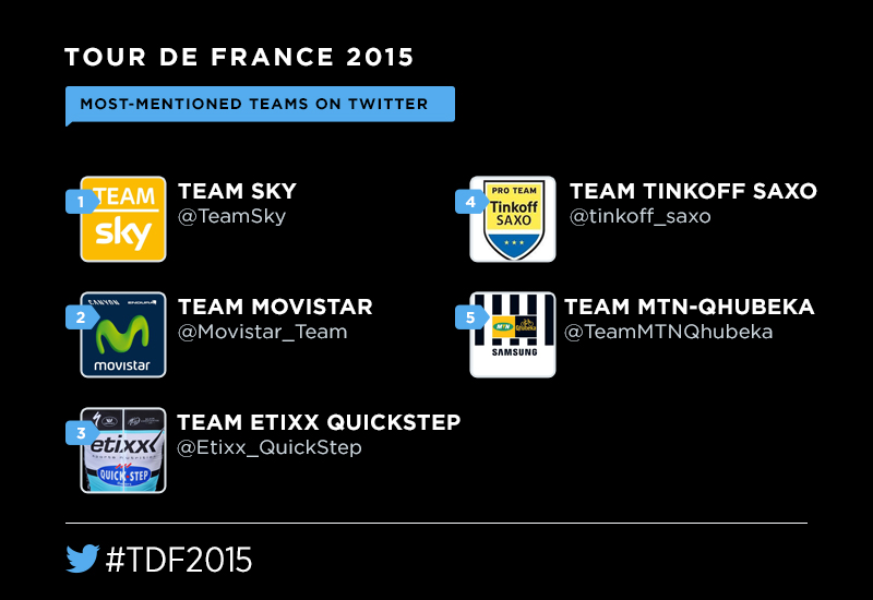 The riders shared their thoughts with fans during the competition.

#TDF2015 innovations
This year, a number of innovations enriched the Twitter conversations so that people could experience the race from different perspectives and learn more about performances.

For instance, for full immersion in the peloton, Twitter was the place to get the riders’ view of the race via an embedded video device:

@letourdata shared detailed data on the performance and the speed of the cyclists with intermediate live rankings and stage recaps.

Using a @TDFBox device, amusing archival photos of the Tour were unearthed for the curious to share. Fans discovered the hashtags to unlock these exclusive images:

To relive the race step by step, we leave you with this selection of Tweets: