And as we hit the end of #CWC15, a fun way to express yourself and show support for your team is to Tweet with hashflags. Front and center during the 2010 and 2014 FIFA World Cup events, they’re a great way to add some color to your Tweet. 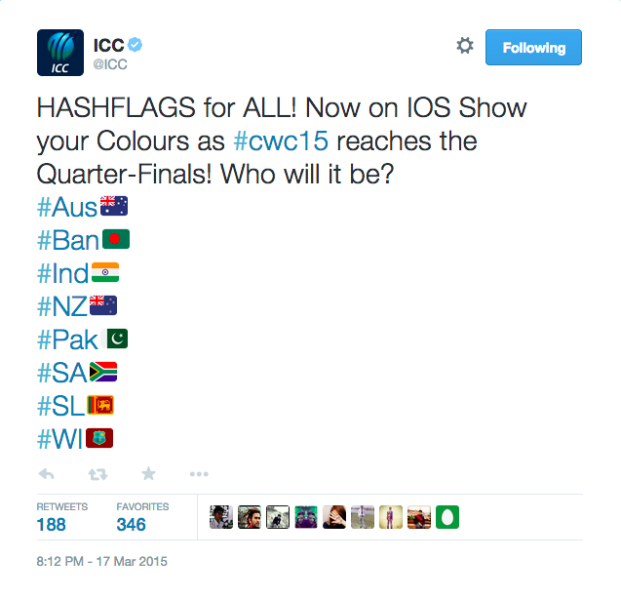