During the week of March 23-29, Twitter users following #MuseumWeek gained special access to thousands of museums and galleries around the globe.

The second edition of this event celebrating art on Twitter hit many records. #MuseumWeek gathered more than 2800 participants in 77 countries. Among them were @MuseumModernArt, @Tate, @ukiyoeota, @state_hermitage, @museodelprado, @museelouvre, @Museo_MADRE, @MuseoMalba, @mamoficial along with lesser-known and niche collections, all of which enjoyed reaching a broader audience (here’s the final list of all participants).

Overall, there were more than 600,000 Tweets using #MuseumWeek or one of the 7 daily hashtags and those Tweets were viewed +237 million times on Twitter and across the web. This map summarizes the global reach of #MuseumWeek. Click on it to discover how Tweets flew during the event. 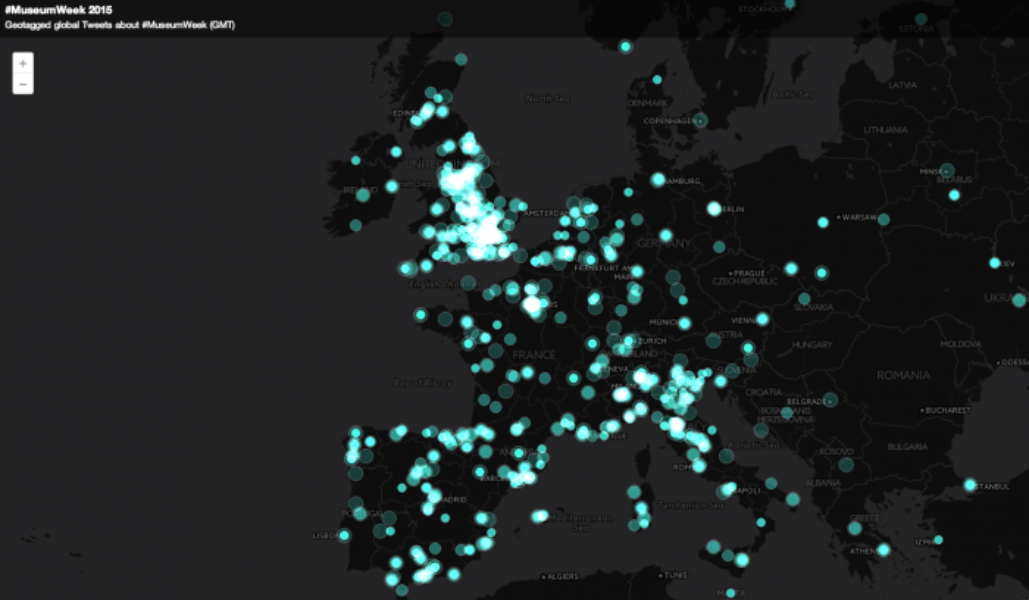 The week-long celebration connected art lovers all around the world with artworks, literature, history and science in a fun and interactive way. By following the 7 hashtags of this very special week on Twitter, millions of people were able to virtually visit and engage with thousands museums, cultural institutions and galleries across the world.

While all themes sparked thousands of memorable conversations, the most popular hashtags for this year’s #MuseumWeek were:

Regardless of their size, location, or collections, participants showcased some of their masterpieces and granted the public with opportunities to learn and share their passion in fun and creative ways.

The most mentioned venues were:

And the most popular Tweets of #MuseumWeek 2015 were:

This second edition was also the opportunity to innovate with never-seen-before Live Generative Artwork based on all the #MuseumWeek conversations on Twitter:

This unique data-driven piece of art was able to give a visual representation of each participant museums, worldwide.

We want to thank all of our users around the world and the cultural institutions that took part in the event for making #MuseumWeek 2015 so great.