Today, we’re announcing a new offering for Twitter Amplify designed to let many more publishers and creators monetize their video content on Twitter, while making it easier for advertisers to reach massive audiences and sponsor great content. With this update, advertisers can run video ads against premium content automatically based on their preferred content categories — without having an existing publisher-advertiser deal in place. This new offering is now available in beta to select publishers and advertisers in the US, with plans to expand globally over time.

Since the launch of Twitter Amplify, Twitter has been home to powerful video highlights from over 200 of the world’s top TV networks, sports leagues, and digital publishers. We’ve seen big events unfold on Twitter: from Johnny Football’s first touchdown from the NFL, to a special VMA red carpet moment from MTV, to the fifth of five amazing goals by Robert Lewandowski on Fox Soccer. And, we’re continually working to make ongoing improvements to the program. For example, just earlier this year we automated Amplify to make it even easier for advertisers to deliver highlights to fans instantly through Promoted Tweets, resulting in the launch of hundreds of Amplify programs in more than 20 countries worldwide.

How it works
With this new offering, it’s never been easier to monetize and sponsor videos on Twitter. Publishers simply upload their videos to video.twitter.com to start monetizing their content, and are then paid the majority of the ad revenue through automated rev-share payments. Advertisers can select categories of video content they want to run pre-roll with and can layer on additional audience targeting. Then, our technology dynamically inserts their pre-roll ads into the most relevant videos being watched by their target audience. 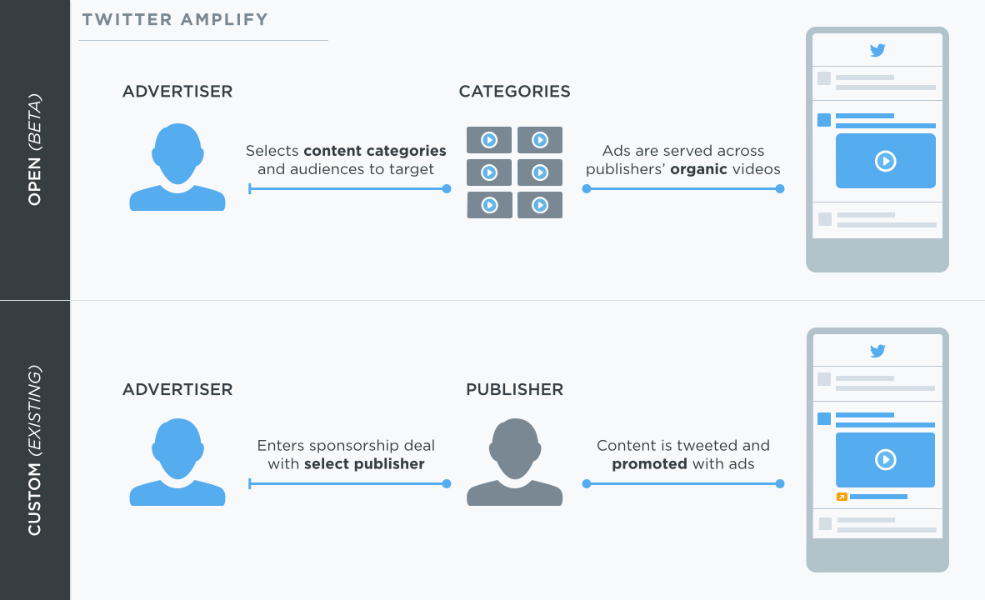 Here are some of the great publishers that have already joined the new Amplify offering: 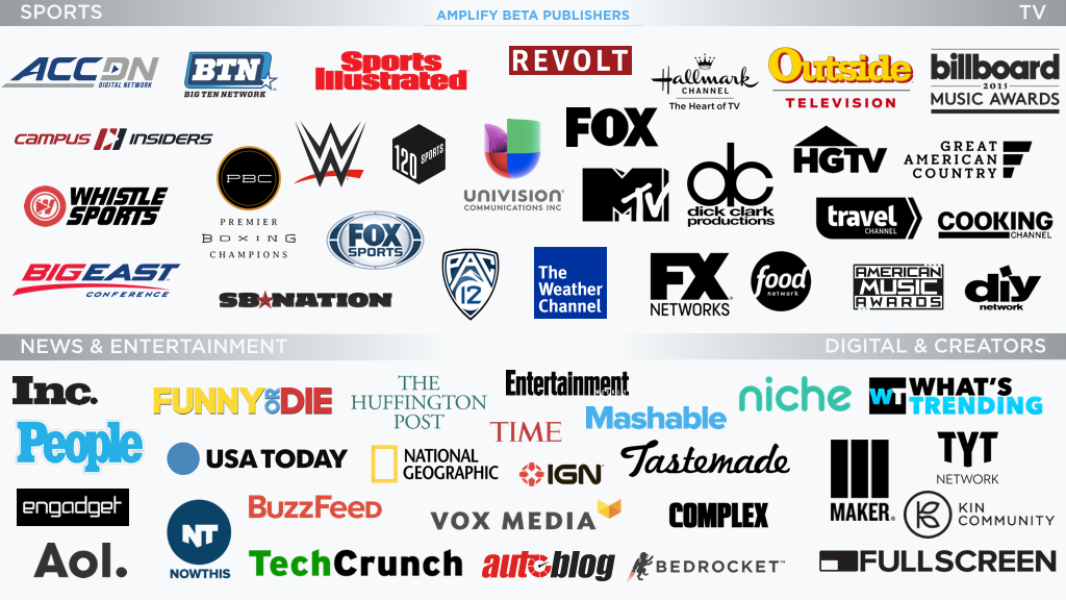 Get started
With this expanded version of Amplify, we’re excited to help people enjoy more great video, publishers drive more revenue, and brands align with the best mobile video moments, all at scale. If you’re a US publisher or brand interested in joining the beta, let us know.